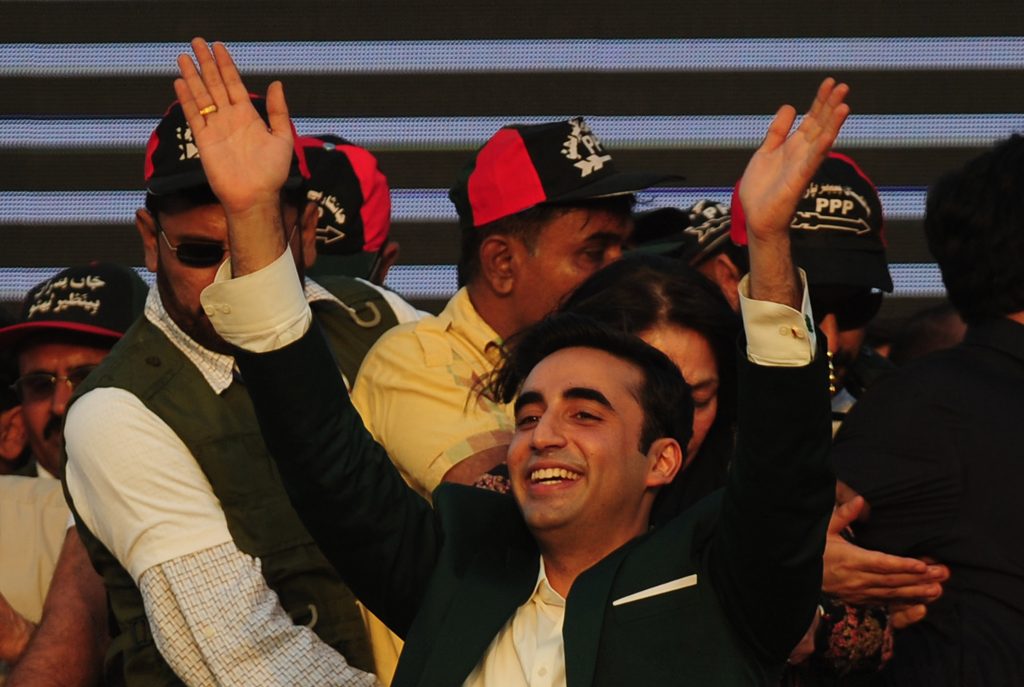 On January 19, Pakistan Peoples’ Party (PPP) chairman, Bilawal Bhutto Zardari, embarked on an anti-government drive in the Punjab by leading a ‘Save Punjab’ rally from Lahore to Faisalabad. When the federal government paid no heed to the four demands made by the PPP chairman, and the stipulated deadline for compliance with them ended on December 27 — the day the PPP commemorates Benazir Bhutto’s death anniversary — Bilawal proceeded to make good his threat to launch an anti-government movement

At the annual public gathering at Garhi Khuda Bux in Larkana, Bilawal had spoken about his proposed campaign, while Asif Ali Zardari, who had returned to the country on December 23 after 18 months of self-exile, made the announcement that both Bilawal and he would join the existing parliament by contesting the by-elections for NA-204 and NA-207, two of Larkana’s National Assembly constituencies. His announcement engendered surprise, even among party stalwarts. The overall discomfort at Zardari’s impromptu return and decision to reenter the political arena could be gauged by the response of senior PPP leaders from the Punjab, who had decided, after Bilawal took its affairs in his own hands, to work in earnest to revive the flagging fortunes of the party in the Punjab.

The situation changed once again, when Zardari went back on his decision to contest the by-election. Now only Bilawal will contest one seat, Khursheed Shah will remain the leader of the opposition, and it is expected that Bilawal will retain his focus on the Punjab, continuing his scathing criticism of the Pakistan Muslim League-Nawaz (PML-N) government at the centre and in the province.

So where does that leave Sindh?

On December 27, the same day the PPP announced its launch of its anti-government drive and decision to contest the by-elections, the Sindh High Court heard a petition by Shahab Usto, a reputed lawyer from Shikarpur district, against the Sindh government for its utter failure to provide the public, in the upper and lower parts of the province, safe drinking water.

The court formed a high-level judicial commission headed by Justice Iqbal Ahmed Kalhoro to probe the allegations levelled against the concerned officials of the Sindh government and the Northern Sindh Urban Services Corporation (NSUSC), and proceedings began in mid January.

The NSUSC was established in 2009-10 after a loan of $500 million was acquired from the Asian Development Bank. The corporation was tasked to deliver sustainable water and sewerage and solid waste services in a safe, efficient and effective manner in eight districts of upper Sindh — Sukkur, New Sukkur, Rohri, Khairpur, Larkana, Shikarpur, Jacobabad and Ghotki. 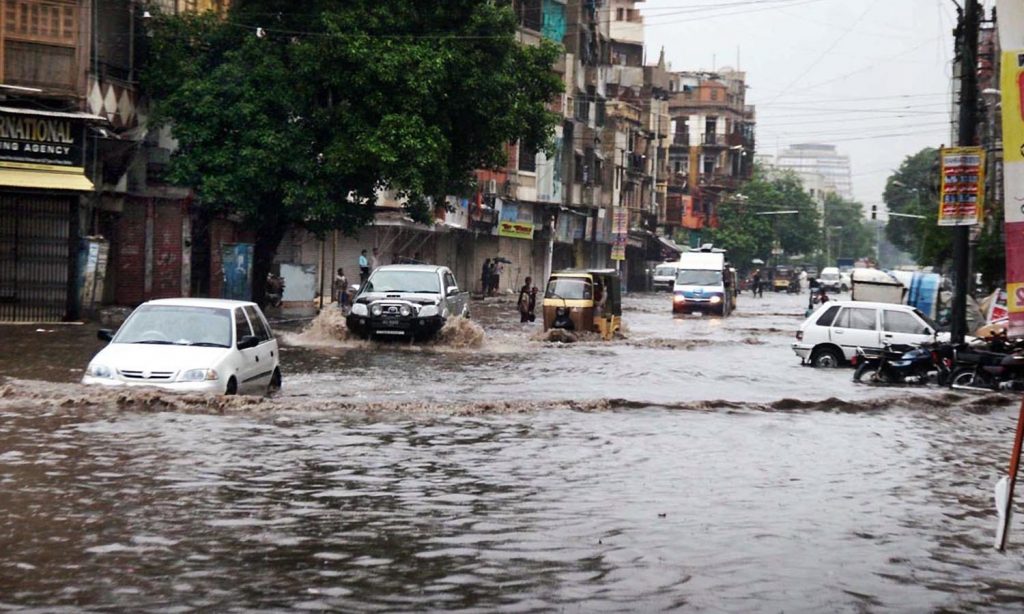 In another court hearing against the embezzlement of funds in the Larkana district, the Chief Justice of the Sindh High Court lamented that the PPP had not even spared Larkana, its home district, of corruption. The allegations are yet to be proved, but there is little evidence to suggest that even a miniscule portion of the whopping 90 billion rupees earmarked for the district were spent on any development, health, education or infrastructure project in the area.

Bilawal has criticised the federal government for ignoring both the country’s agricultural and industrial sectors, and the criticism cannot be deemed invalid by any measure, considering the woes of the country’s agricultural sector. But the situation in Sindh — the PPP’s home province — is perhaps one of the worst. Cases in point: the ongoing water shortage for the wheat crop and the lack of support for Sindh’s rice and sugarcane farmers in recent years, among others.

In the last couple of years, the deliberate confusion created, and the delaying tactics used by the concerned authorities — many of whom are part of Sindh’s sugar cartel — regarding the announcement of a support price for the sugarcane crop in Sindh have caused major problems for the growers. The sugar mill owners have meanwhile, benefited from the situation, since they buy the cane at the old price, while earning a healthy profit from the sale of the finished product — prices they determine themselves.

Most of the sugar mills in all the provinces are owned by influential politicians from the major political parties. In Sindh, the name of Anwer Majeed, the alleged front-man, business associate and close crony of Asif Ali Zardari, has often been linked to the province’s sugar mills politics: the Omni group led by him is registered as the owner of the largest number of sugar mills in the province.

In the last 10 years, Majeed’s name has been making the rounds in the news for other reasons as well. Among other allegations of misappropriation of funds against him, several news reports term him the biggest beneficiary of the funds allocated for the Rehabilitation of Sick Industrial Units in rural Sindh under the province’s Annual Development Programme (ADP).

The repeated deaths of children on account of malnutrition in Thar and an overall abysmal healthcare system, ghost schools across the province, garbage-infested streets, ongoing crime… the litany of neglect in Sindh by those who have been the custodians of the province for decades, makes for a horror story — and there seems to be little desire by the PPP to rectify this abysmal situation.

It is conjectured that one of the reasons the PPP pays scant attention to the province is the absence of any individual or party that could prove a formidable opponent to it in the upcoming election. The largely urban MQM has never posed a threat in rural Sindh. The Pakistan Muslim League-Functional (PML-F) led by Pir Sibghatullah Shah Rashdi alias Pir Pagara, which had in 2012 emerged as a fierce critic of the ruling alliance of the PPP and the MQM and managed to show its strength in public meetings against the dual local government system then introduced by the government, also ran out of steam. 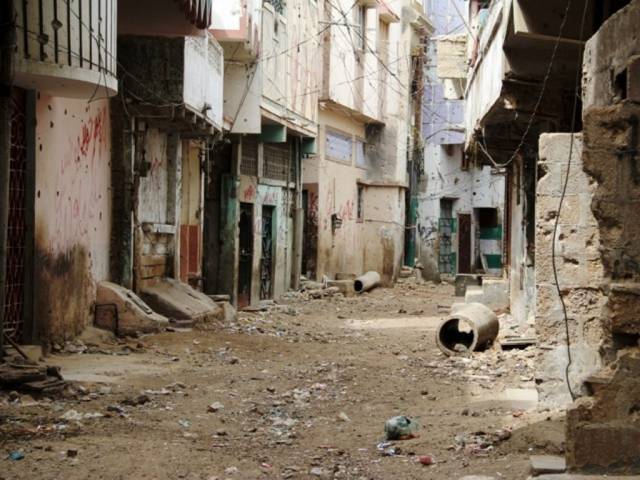 Analysts were of the view that an anti-PPP alliance headed by the PML-F leadership, and joined by powerful electable individuals would make things difficult for the PPP in the 2013 elections. In some of the PPP constituencies, such as Hyderabad and Matiari, the Makhdooms of Hala certainly faced tough opposition, winning by thin margins, but thereafter, the PML-F began to flounder. Now, increasingly, prominent members from its ranks are flocking towards the PPP. Imtiaz Sheikh, Jam Madad, and Mohammad Ali Shah Jamote have already joined the PPP, and a few others are said to be waiting in the wings.

Mohammad Ali Shah Jamote’s decision to join the PPP has been termed as the most significant, as his family has been closely affiliated with the Pir Pagara family for the last three generations. Jamote’s decision to join the PPP — which rules the province’s sugar cartel — is said to owe in part to his business interests: he owns the Matiari Sugar Mills.

However, the absence of any real challenge for the PPP on the political front in Sindh does not guarantee it long-term security. Even though the PPP’s new inductee, Imtiaz Sheikh, eventually won the by-election in Shikarpur, religio-political parties are increasing their foothold in the province, and candidates from the Fazlur Rehman-led JUI-F managed to forge unlikely alliances with Sindhi nationalist groups against the PPP to contest the by-polls in October

Sindhi nationalist groups have long been on the receiving end of law-enforcement agencies’ operations. Reports of their activists’ detentions and forced disappearances, followed by the news of their bullet-riddled bodies having been found in different areas, appear in local newspapers on a regular basis. In December, after a Chinese engineer was injured in a low-intensity bomb blast in Rohri, Sindh, more than 50 activists of the Jiye Sindh Muttahida Mahaz (JSMM) were held for opposition to the CPEC. This uncertainty and climate of fear has made them seek protection from outside sources. 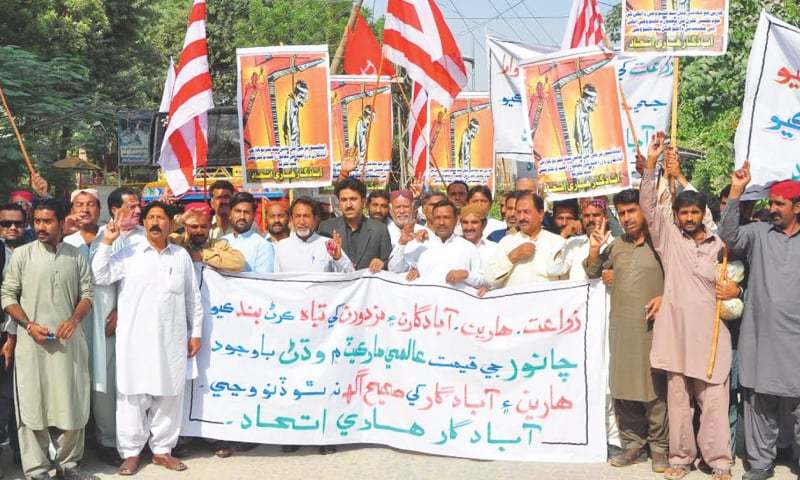 But the rise of the religious right in Sufi Sindh has manifested itself in a wave of sectarian violence. Shikarpur has witnessed a rise in violence against the Shia community in recent years. Five suicide attacks in the past two years targeting members of the Shia community have resulted in a growing sense of insecurity among the people, who point fingers at the network of seminaries owned by JUI-F affiliated clerics in the area. But this fear has in turn, again spawned the need among the vulnerable to seek protection. Perhaps on account of a growing sense of fear, Dr Ibrahim Jatoi from an influential Shia political family, hitherto associated with the National People’s Party (NPP), joined hands with the JUI-F.

Meanwhile in Karachi, the PPP is sensing an opportunity due to the weakening of the Muttahida Qaumi Movement (MQM) which is riven by major internal struggles after splitting into three factions. In a bid to increase its footprint in Karachi, the PPP has tried its best to keep administrative and financial powers in its own hands, so it can take credit for the few development projects that are currently underway in the city.

Interestingly, in the local bodies polls in 2015, the PML-N was the main beneficiary of the changing political scenario in the city. But even that does not seem to have captured the PPP leadership’s attention. It is Punjab that the party has chosen to make the
nucleus of its political activities — while Sindh remains the neglected stepchild.