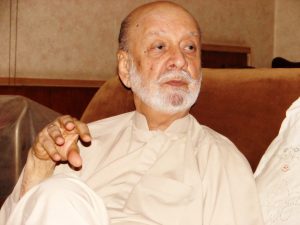 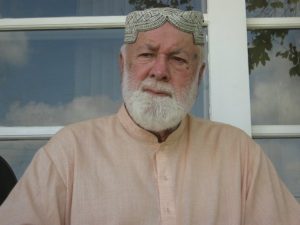 Nationalists have always held paramount importance in the politics of Balochistan. And not without reason. They have been the most vocal force in the province’s political history. At times, even when they have been in government, they have joined in the chorus of the opposition.

A nationalist, in the context of Balochistan, can be defined as one who bases his politics on the rights of the people of Balochistan, which they have been denied by the federal government.

The Kalat State National Party (KSNP) is viewed as the mother of all nationalist parties in Balochistan. KSNP was established in 1937 and it played a critical role in the politics of Balochistan, up to the partition of the subcontinent in 1947.

After Pakistan’s inception, there was no room for parliamentary politics in Balochistan due to the prevailing one-unit and the martial laws that ran on for 25 years. After the abolition of the one unit and the fateful elections of 1970, for the first time a political government was formed in Balochistan. This was the government of the National Awami Party (NAP), a nationalist party of the Baloch and Pashtuns. Its leadership comprised Sardar Attaullah Mengal, Nawab Khair Baksh Marri, Mir Ghaus Baksh Bizenjo and Nawab Akbar Bugti. However, it remained in power for barely nine months, before it was sent packing home by then prime minister, Zulfikar Ali Bhutto. 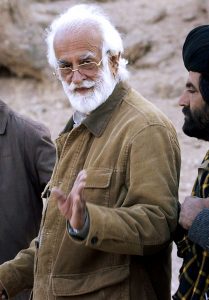 The second nationalist government which came to power was that of Nawab Akbar Bugti in 1989. It was a part of the Balochistan National Alliance (BNA), which was a loose coalition of assorted Baloch nationalist parties. It remained in power for 18 months, before the then president, Ghulam Ishaq Khan, exercised his powers under 58-2(B) to dismiss all the assemblies. The third nationalist government was an alliance of the Balochistan National Party (BNP) and the Jamhoori Watan Party (JWP) that came to power in 1997. Sardar Akhtar Mengal was the chief minister, but this government, too, barely survived for 14 months before there was a split in the BNP and Akhtar Mengal had to resign.

The fourth nationalist government in Balochistan was that of Dr. Malik Baloch, who became chief minister after the 2013 elections and remained in the office for two-and-a half years, as part of the infamous Murree Accord.

The NAP government of Sardar Attaullah Mengal carried out considerable development work. It established the first university and the only secondary education board in the province. Apart from that, they also took bold decisions on the administrative front.

The second nationalist government of Nawab Akbar Bugti carried out infrastructure development work in Quetta city and was known for its strict administrative control over the the province. 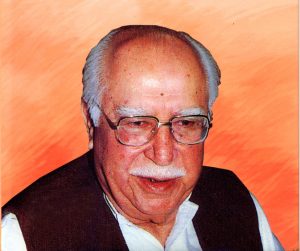 However, when Akhtar Mengal came to power in 1997, Pakistan was facing a severe financial crunch and funds were barely available even to pay the salaries of the government employees. So he could not undertake any development work and often cites this as being the reason for his inability to accomplish anything in the province.

Dr. Malik Baloch’s nationalist government also failed to achieve any major success in terms of governance. The only credit that Dr. Malik can take is for increasing the education budget. However, there was no resultant impact on the province’s literacy levels.

So apart from few sporadic instances, nationalists failed to bring about any meaningful change in the lives of the people of Balochistan whenever they came to power. There are multiple reasons behind their failure. First and foremost, nationalist parties mostly lack an action plan to run the government when they assume power. They are very active when they are in the opposition and play the deprivation card very well. They even compel the strong status quo forces to bargain with them and also manage to win elections after a long period of dictatorship. However, when they are in government, they are always ill-prepared and that contributes to their failures in governance.

Another critical reason for the failure of the nationalist governments is that they are not allowed to work freely. In fact, none of the nationalist governments have ever been allowed to complete their tenure. Zulfikar Ali Bhutto was in confrontation with the NAP government since day one and sacked them after only nine months. When Nawab Akbar Bugti was chief minister, he had similar issues with then prime minister, Benazir Bhutto. Sardar Akhtar Mengal’s government was also toppled with the backing of the federal government of Nawaz Sharif. Later, when Nawaz Sharif went into exile, he admitted that toppling Sardar Akhtar Mengal’s government was a mistake. The fourth and last nationalist government, that of Dr. Malik Baloch, was lucky in the sense that it was allowed to work and complete its agreed term. 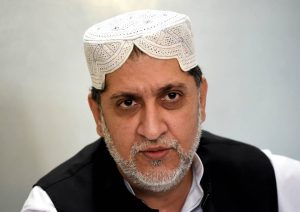 The incumbent government of Balochistan still has a majority of nationalist cabinet members, despite having a chief minister who is from a federalist party, the PML-N. People, at large, are not happy with the nationalists being in power and often subject the ruling National Party (NP) and the Pashtunkhwa Milli Awami Party (PkMAP) to severe criticism for forgetting their manifesto and limiting themselves to power politics and minting money.

In order to gauge the public support for nationalist parties in Balochistan, Newsline conducted a non-scientific web poll for the purpose. This poll ran from December 9 to December 16, 2016, and received responses from all 32 districts of the province.

Agha Hassan Baloch, central spokesperson of the BNP, maintains that two nationalist parties, the NP and the PkMAP, who are in government now, will face a serious setback in the next elections due to their abysmal performance. Baloch accuses these two parties of giving a bad name to nationalistic politics due to their corruption and bad governance.

“However, the overall vote bank and support for nationalist parties has increased significantly,” he told Newsline.

Shahzada Zulfiqar, a senior analyst based in Quetta, claims that the vote bank of nationalists has been damaged due to their poor performance and also due to the fact that the nationalist votes are divided among multiple nationalist parties.

“In the 2018 general elections, performance will matter but the tribal leaders in nationalist parties will end-up geting their seats in any case,” he told Newsline. 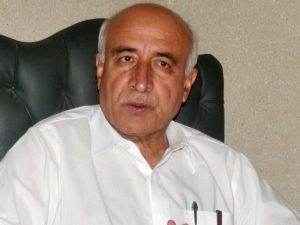 Jan Achakzai, media advisor to the Balochistan Chief Minister and a senior analyst, tells Newsline that nationalist parties advance a “grievance” narrative to secure votes and come to power, but once in the driving seat, they fail to deliver through the existing political and governance structures.

He cast serious doubts on the effectiveness of using the nationalist card in Balochistan’s politics in the days to come. “Balochistan has moved on and, henceforth, parties will get votes in the forthcoming elections only if they deliver on jobs, roads, hospitals and education, and not by scapegoating the federal and the Punjab Government.”

Zulfiqar, however disagrees and believes that the nationalist card will continue to be used until the deprivations of the people of the Balochistan are not fully addressed. “The day all the ethnic groups in Pakistan get the same rights and all are treated equally, this card will automatically expire,” he adds.