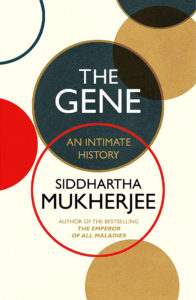 Modern science has been as much a journey of exploration as of conquest. Through scientific inquiry, our species has 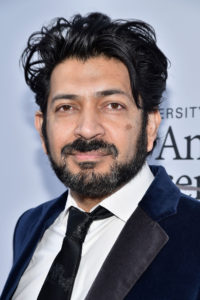 mastered the atom; flung satellites to the fringes of our solar system and, through electromagnetism, conquered the enveloping darkness of the night. But all of these milestones pale in comparison as we embark on our next distant frontier: genetic engineering. As we start tinkering with our own DNA — the source code of life (to borrow an analogy from computing) — we might very well be breaching the very barrier of what it means to be human. The leap from Homo sapien to Homo deus would doubtless have profound implications in the decades ahead, as man tries to fashion man in his own image.

Genetic engineering has been the most rapidly advancing field of study in the medical profession in recent times. The general public has little clue of the quiet revolution that has been taking place under the microscopes of genetic scientists tucked away in their labs. Siddhartha Mukherjee’s new book, The Gene: An Intimate History, aims to demystify the complexities of the little understood world of genetic sciences. He comes with immaculate credentials to parse through this difficult subject. His 2011 book on cancer, The Emperor Of All Maladies, won a Pulitzer prize for non-fiction. Bill Gates paid glowing tributes to him for his work, calling him a ‘quadruple threat’ citing his numerous roles as a doctor, a teacher, a researcher and an award-winning author.

Despite Mukherjee’s numerous accolades, the prose does not carry a hubristic tone.He begins the book by revealing his own vulnerability to the tyranny of genes, narrating his family’s history of mental illnesses due to genetic causes. From the harrowing accounts of the sudden bouts of insanity suffered by some unfortunate members of his kin, he segues to the genesis of genetics itself. Aside from Charles Darwin, he pays tribute to Gregor Mendel as one of the lesser known pioneers, whose path-breaking work on heredity in mid-19th century set the foundation for studies in genetics. Mendel, a self-effacing Augustinian Friar, maintained meticulous accounts as he cross-bred different breeds of pea plants. His work was lost to obscurity until it was rediscovered later by chance. Ground-breaking discoveries considered too outlandish or worse, being shot down by a sceptical scientific community, is sadly a recurring theme in the history of science and often hobbles progress for decades, if not centuries.

Mukherjee also highlights the pseudo-scientific movement of Eugenics, when Nazis and white supremacists hijacked the emerging science of genetics for their own nefarious ends.

Almost a decade after the end of World War 2, the Big Bang moment for genetics came when the structure of the DNA — ‘the molecule of life’ — was discovered. The Nobel Prize for this landmark discovery was shared by three researchers — James Watson, Francis Crick and Maurice Wilkins — which came with its own fair share of controversy, which the author details in the book. The spiralling staircase-like shape of the double helix structure of DNA is, to this day, one of the most iconic images of science.

Decades later, it would be Craig Venter who would spearhead The Human Genome Project — a mission to sequence completely the genetic code of our species. The project completed in 2003, has been one of the biggest collaborative endeavours of science. For the first time, the book of life (at least for human beings) has been indexed and catalogued. By mapping our genome, we can now proceed to manipulate it. Cloning, embryonic stem cell research, gene manipulation and other ethical dilemmas have started flaring in the public domain as we start on the cusp of irrevocably altering, or perhaps even transcending, our own humanity.

The concluding chapters list the most recent breakthrough of CRISPR (Clustered Regularly Interspaced Short Palindromic Repeats), a surgery carried out on nanoscale where enzymes are introduced to faulty or undesirable bits of DNA, which are then literally sloughed off, preempting genetic disorders before they even begin. The potential of CRISPR gene editing came in full view when in August of this year, scientists from America, China and South Korea edited gene mutations which lead to heart disease, in dozens of embryos. The much touted era of ‘designer babies’ may already be upon us. Fearmongers already envision a future breed of superhumans whose genetic flaws have been edited away by such novel methods as CRISPR.

The Gene: An Intimate History is by no means an easy read since it deals with a highly complex subject. But to his credit, Siddhartha Mukherjee has, with great success, managed to explain this little understood subject to his readers. However, the book should be treated as a mere introduction to a rapidly developing field and not the final word. Societies have only started to grapple with the challenges presented by genetic engineering and there’s a long way to traverse before a consensus is reached — if it is ever reached — on the limits to which we can influence our own evolution. Siddhartha Mukherjee’s book would prove to be an invaluable guide in encouraging a reasoned and well-informed debate as we navigate the exciting and, often times, frightening world of genetic engineering in the coming times.