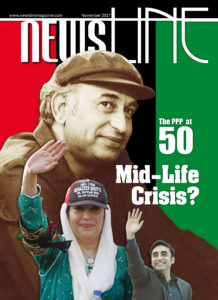 Does winning an election with a huge mandate absolve a politician of all alleged crimes of omission and commission — and grant him immunity from prosecution?

The manner in which most Pakistani politicians, who are being investigated, react to any legal proceedings against them is a sure indicator of the sense of entitlement they feel at being the ‘chosen ones.’

The disqualified prime minister, Nawaz Sharif, is a very angry man these days. “What’s the charge-sheet? What’s the origin of the drama being staged in the name of accountability?” he said to an interviewer in London, the nerve centre of his activities post-Panama. Only recently, he summoned the present prime minister, key members of his cabinet and assorted yes-men to a meet-and-plan in London, sending the rumour mills into overdrive. In fact, the Sharif families’ recent trips to Qatar, Dubai and Saudi Arabia were being factored into the ‘London plan.’ Were the Arabs being pressurised to pressurise the Pakistan army to pressurise the judiciary to back off?

Mountains are being moved — as are ministers — but the country has ground to a halt.

The economic indicators are alarming. Finance Minister Dar begs to differ, but the figures tell a different story. Imports are up, exports down. Trade with Afghanistan is virtually at a standstill. Afghan President Ashraf Ghani refuses to allow Pakistani trucks passage across its borders, if Indian trucks are not allowed into Afghanistan via the Wagah border.

Further, he is threatening to disallow use of the Afghan route into Central Asia. Meanwhile, Afghanistan has found a new route for trade with India, via the Iranian port of Chabahar. India’s exports include wheat, the Afghans’ staple diet which was our major export to the landlocked country. What does that bode for Gwadar, CPEC and, above all, Pakistan? And if that were not enough, the US is breathing down our necks with demands to “do more,” while its current bestie, India, continues to fire across the Line of Control.

Where do Pakistan’s Foreign Office, Foreign Minister, Interior Minister and Trade and Commerce Minister figure in all of this?

The entire government machinery seems to have been pressed into the beleaguered Sharif’s service. Ministers have been reduced to minions, whose full-time job it is to defend the ousted prime minister and his scions. Matters of the state are being given short shrift. How and when will all this end?

As the last PIA flight flew out of New York on October 28, what understandably made headlines were the coffins of two Pakistanis, headed home for burial, that had been left behind due to the inefficiency of the PIA staff.

But what should also have, and didn’t, was the fact that it was the last PIA flight, not just out of N.Y but the US. No explanations were offered by the country’s high fliers.

The national airline continues to bleed. One of the finest airlines in the world at one point, it has been reduced to a shadow of its former self, with Rs 300 billion in liabilities. Recently, the government approved a bailout package of Rs 13.6 billion.

The other white elephant in need of help is Pakistan Steel Mills. A serious effort to privatise it in former PM, Shaukat Aziz’s tenure was scuttled by the Chief Justice with a penchant for taking suo motos. Four years later, it just sits there gathering dust, mounting bills. Can a debt-ridden country afford to dole out another bailout package?

It’s time the Sharif dispensation stopped agonising over Panama, left it to their expert panel of lawyers and turned their attention to pressing matters of the state.