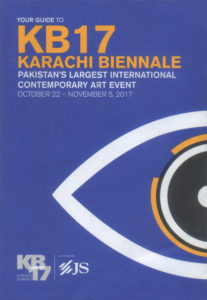 The first Karachi Biennale was launched with the poignant theme of ‘Witness’. Its visionary call sweeps through the ubiquitous mounds of garbage, through discarded rubble and through splattered walls to anoint jaded spirits and din-deafened ears with the promise of rejuvenation.

Biennales are massive art events in the life of a city. Their multivalent offerings uniquely combine the synergy between artist and host city. The mother of all biennales was held in Venice in 1895. Biennales have proliferated madly, particularly since the 1980s, and the international directory of biennales has now added Karachi to its list of over 200 cities hosting similar art events.

The youth bulge in the Pakistani population is echoed in the burgeoning of younger artists. Their practice, diverse as it is, reflects postmodern and contemporary art trends with an emphasis on conceptual expression realised through the use of unusual materials, technology and performance. These practices of visual culture bear a strong affinity to the theatrical possibilities that the biennale setting provides.

The increased quantum of artistic production with a corresponding increase in consumer awareness, made the idea of holding a biennale in Karachi a feasible one. Niilofur Farrukh, the CEO and Managing Trustee of KB17, says: “Public art practice has begun to reclaim public space, lost to intolerance and violence…Contemporary artists all over the world are seen negotiating experience and memory in an era full of chaos and contradiction.” Arguably, the abdication of a civic administration in managing Karachi’s infrastructure has created a chaotic vacuum which artists are negotiating. Public Art is an antidote to the ennui. 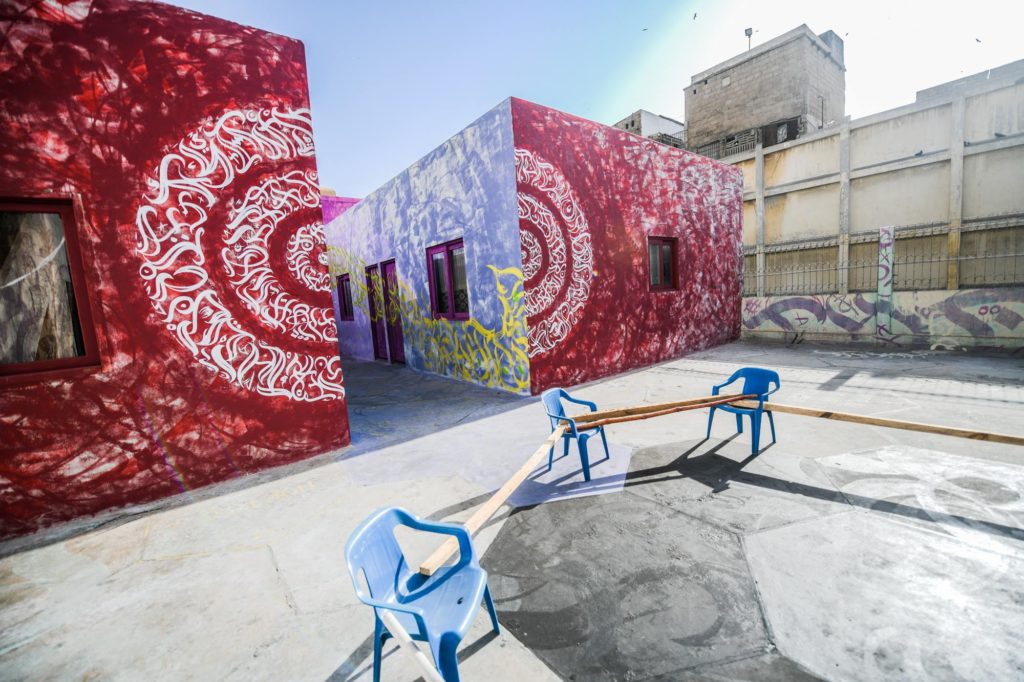 Twelve venues were chosen for the display of art works in KB17. Besides the galleries which included the Alliance Francaise, FOMMA DHA Art Centre, Indus Valley School of Art and Architecture, Karachi School of Art and the VM Art Gallery, seven institutions were chosen that go to the heart of the glory days of Karachi. These included Frere Hall, Jamshed Memorial Hall, 63 Commissariat Lines, Pioneer Book House, Claremont House, Capri Cinema and NJV High School.

The NJV School, named after Maharaj Jagan Nath Vidya, was the first public school in Sindh inaugurated in 1855. The current building it occupies was the former Sindh Assembly building. This was the venue for the opening of the Karachi Biennale. The difference between the late afternoon congestion of Bunder Road outside the walls and the artistic ambience within was worthy of a Fellini satire. 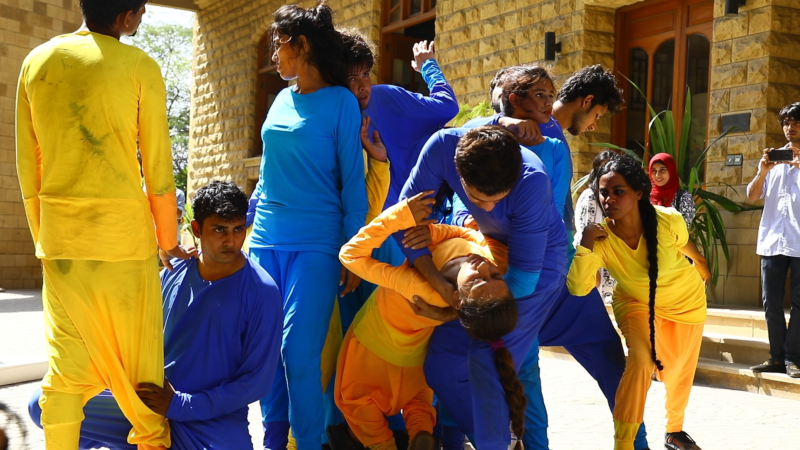 Artists and art lovers milled in the spacious compound. Bun kebabs, chaat and chai flew off the counters. TV crews steered through the crowd harvesting sound bites. During the formal opening ceremony, the Mahvash and Jahangir Siddiqui Juried Art prize was announced. It went to Ali Kazim for his off-the-ground installation made of human hair, hair spray and invisible thread. The jurors, Savita Apte, Ingo Arend and Khurram Kasim, said in their statement: “It was his ability to take the traditional unbroken line which is the mainstay of the Pakistani miniature and translate it into sculpture…” which gave him the edge in their judgement.

After the ceremony, the attendees were able to witness the performances and works of art that occupied three floors of the school building. Puppets, crutches, live human bodies, a stuffed donkey, ajrak, a potty commode, eyelashes, music, text, fresh onions, bottles, videos, maps, paint, rusted automobiles, teabags, were among the plethora of materials that constituted the displays. 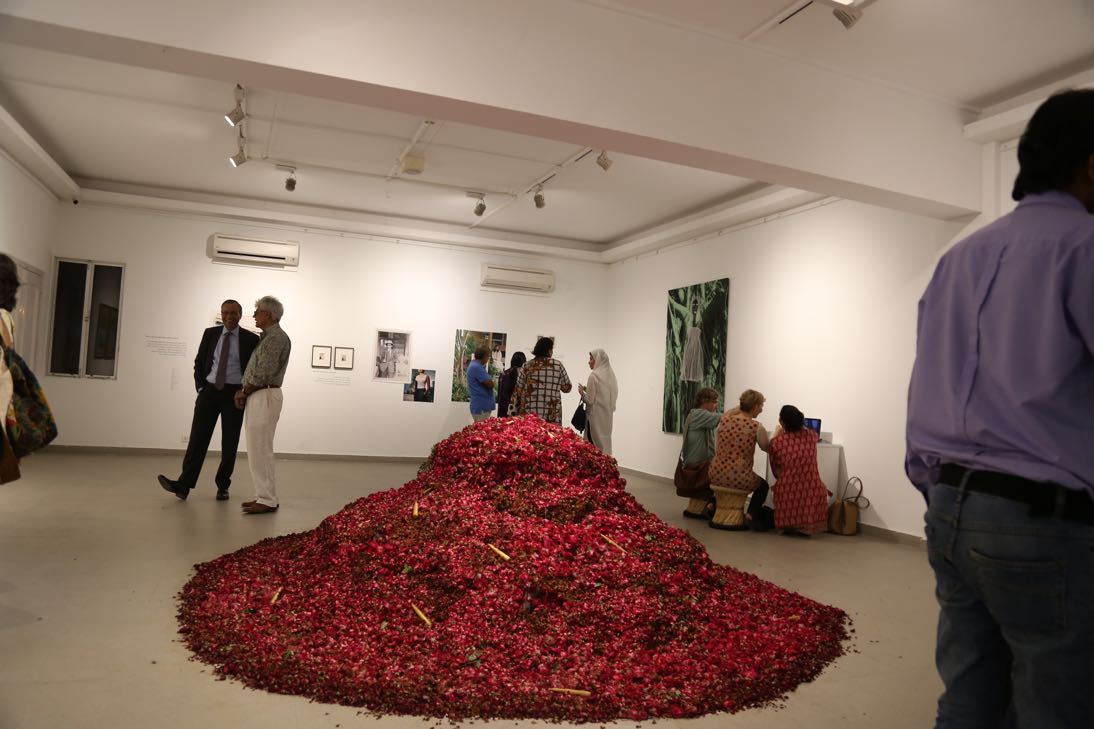 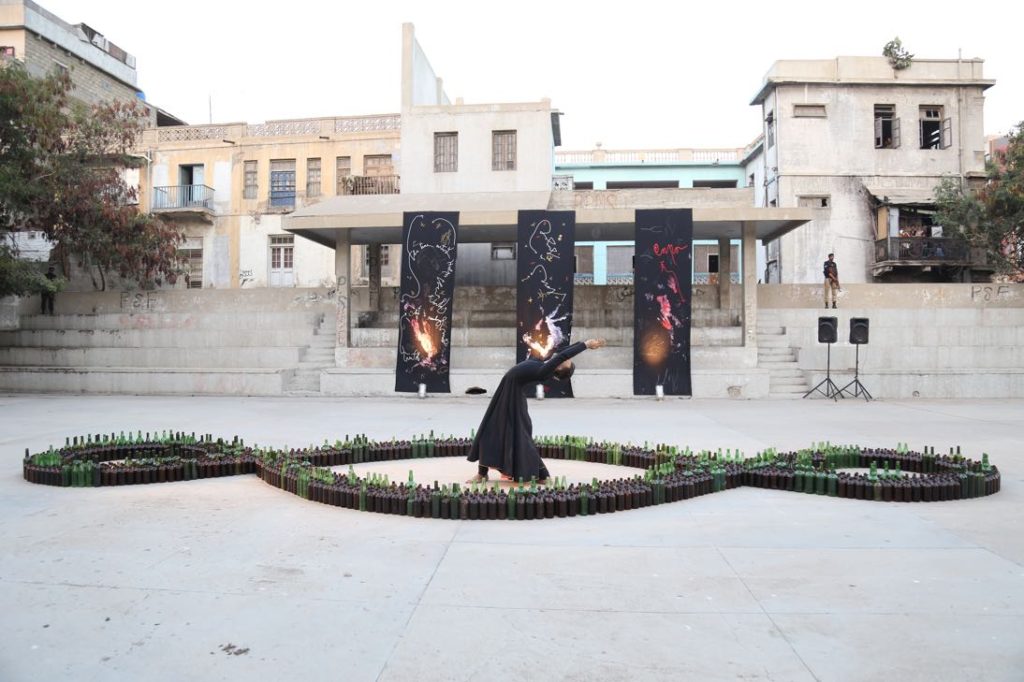 This astonishing array of contemporary artworks at NJV School is part of the total submissions made by over 140 participating artists. Amin Gulgee, the Chief Curator and Trustee for KB17, explained his ethos for the selection process as a wide interpretation for the thematic ‘Witness.’ He views the act of witnessing as an inward as well as an outward journey. A moot question he poses is: “Can a bruised city like Karachi enter an international discussion on art today?”

Clearly, the inclusion of international curators and artists in KB17 has opened the doors of international dialogue. Paolo de Grandis is associated with the Venice Biennale. He is responsible for bringing work by Pistoletto and Yoko Ono to KB17. As a guest curator, he believes in a mixing of known and unknown artists in order to further attract big names. This has the effect of raising the profile of the event. He states presciently that with the first biennale one gets lucky, but it’s the second one that has a reputation to defend.

Luck, however, cannot take credit away from the tremendous team effort that has gone into birthing this baby. And that too on a limited budget mostly supported by private patronage. Passion and commitment have been vital ingredients in making the vision a reality. 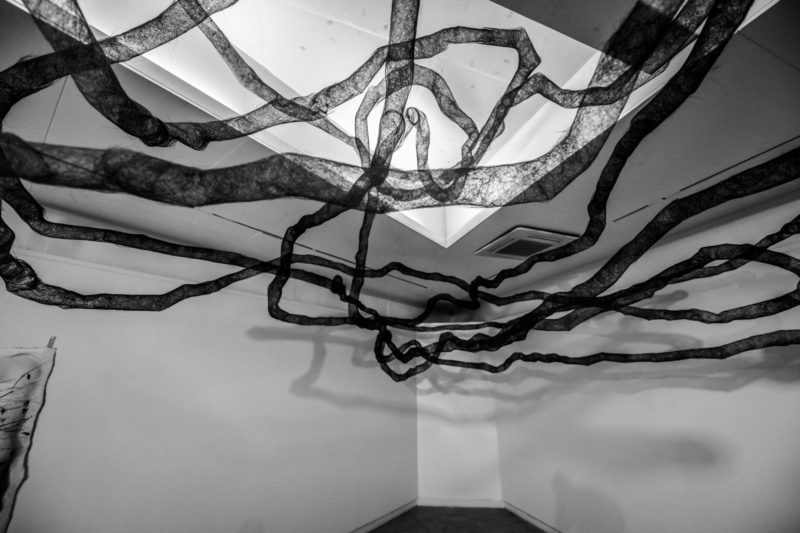 Certainly the footfall to this first Karachi Biennale has given support to the need for public art in the city. School and college students, art lovers and art cognoscenti have flocked to see the artworks and performances, to attend the many discursive talks that have constituted the intellectual core of the endeavour.

Many questions have been raised by exposure to the idiosyncratic nature of contemporary art. “Is this art?” “How can this be called art?” “What the hell is the artist trying to show?” “Okay, now this I can make sense of…” These are some of the common exclamations that abound. What is in no doubt is that contemporary art, regardless of its perplexities, opens up a space for critical dialogue. This is of inestimable value in raising the intelligence level of a city.

Karachi, after all, was Jinnah’s city. His vision encompassed a thriving art culture, which is why he invited artists like Fyzee Rahamin and Attiya Fyzee to relocate to this dusty land. Let’s give the final word to a citizen of this frenzied megalopolis, who commented to Niilofur Farrukh: “Now it seems like Karachi has become Karachi again.”