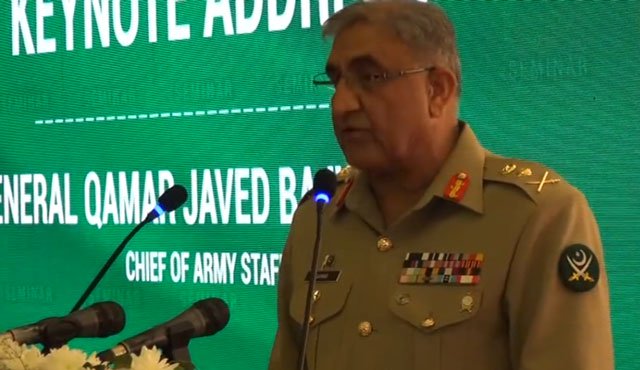 For a secure future, we must be ready to take difficult decisions,” said Army Chief, General Qamar Javed Bajwa, in his keynote speech on a seminar on Interplay of Economy and Security organised by the Federation of Pakistan Chambers of Commerce and Industry (FPCCI) on October 11 in Karachi.

While he went on to underscore the need to increase the tax base and ensure economic discipline and continuity of fiscal policies as our immediate targets, perhaps the civilian leadership had other decisions in mind.

On October 13, Federal Interior Minister Ahsan Iqbal called out the “irresponsible statement” of the Inter-Services Public Relations (ISPR) Director General (DG), Maj Gen Asim Ghafoor, who, in a press conference the previous day, echoed the army chief’s statements, adding that, “if the national economy was not bad, then it was also not in a very good condition.”

“I think the DG ISPR has no capacity to make such a commentary on the economy,” Iqbal said. “Only the finance and planning ministries and the opposition parties, should comment on economic affairs,” he added.

The federal interior minister later clarified that his criticism was not directed against the army chief’s statement on the state of the economy; meanwhile, the DG ISPR said he was “disappointed as a soldier and as a citizen of Pakistan” by Ahsan Iqbal’s statement.

The exchange came a couple of weeks after Ahsan Iqbal had complained of a “state within a state,” after being denied entry, by Rangers personnel, into an accountability court where ousted Prime Minister Nawaz Sharif was present for a hearing in the graft cases opened against him.

“I cannot be a puppet interior minister,” Iqbal lashed out before the media. “There will be one law here and one government… two states cannot function within one state.”

Defence analyst Lt Gen (R) Talat Masood says the verbal brawl is a continuation of the civil-military divide that exists in Pakistan, which has widened since Nawaz Sharif’s removal.

“There is a feeling in the Nawaz camp that the military is responsible [for his removal], even though that may not be the case,” he says, adding that the episode is a fallout of Pakistan’s history — the military has wielded power, especially in security and foreign policies.

“That dominance will continue till civilian governments can get their act together. There is a need for better coordination between political parties and a genuine belief in democracy among all of them,” he maintains.

Malik Sohail Hussain, chairman of the FPCCI coordination committee that had organised the Interplay of Economy and Security seminar, believes that the civilian leadership had taken the army chief’s comments on economy completely out of context.

“A tirade against the army will only add to the instability and damage Pakistan’s image,” he remarks. “The army cannot remain unconcerned with the country’s deteriorating situation.”

A senior PML-N leader reveals that the economy has been a core topic of discussion in all national security meetings. “The army leadership feels the civilian government isn’t doing enough on the economic front, but then they are also upset when we talk about the complete removal of militant elements,” he says.

“If security and economy are interlinked, which of course they are, why do we still want to shield proxies that have brought upon us the ruin that the current government is trying to fix? Why are they against better ties with India, which would improve both the security and the economy?”

The PML-N leader adds that it is these core differences that were at the heart of last year’s Dawn Leaks scandal, which, he feels, influenced the verdict against Nawaz Sharif.

Renowned economist and author of A Feasibility Analysis of Marginal Trading Systems, Farrukh Saleem, who was among the speakers at the Interplay of Economy and Security seminar, believes that the military leadership has gone public with its concerns on the economy because they felt private negotiations were not working.

A senior army officer posted in Punjab claims that the military leadership has opened another front with the civilian leadership because of the Sharifs’ political gains in Punjab.

“Of course the military doesn’t want (the Sharifs) to continue (in government), because they were getting too strong for their liking in Punjab, which is why they are supporting the Pakistan Tehreek-e-Insaf (PTI) in the province,” he maintains.

Lt Gen (R) Talat Masood believes that the army chief mentioning the economy has to do both with national and with institutional interests.

“Not only has the army chief stated, correctly, that security and economy are interlinked, but at the same time, in order to support the army you need a good economy. I would add to that and say political stability is also linked to both security and the economy,” he says.

Farrukh Saleem highlights that this is fourth generation warfare, which has evolved from the line-and-column war to one based on the economy. 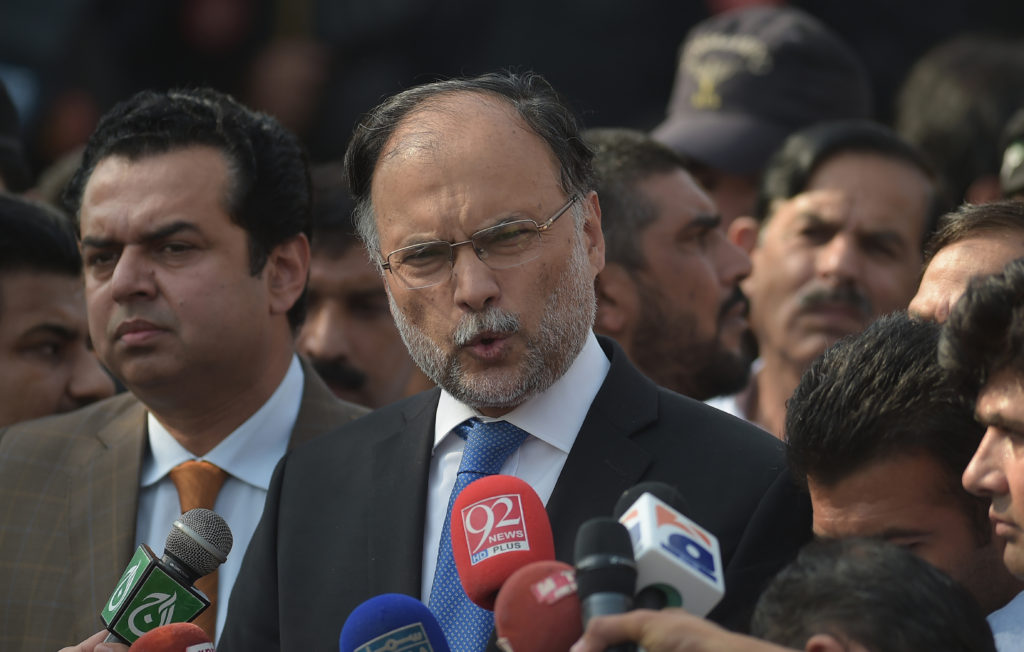 “In the 18th century, the weapons used to be arrows, spears and swords. Then in the 19th century, there were rifles and gunpowder. After that, in the third generation there were aircrafts and tanks. Now we’ve entered the fourth generation war — there are no spears, gunpowder or tanks; now you hit the economy of the target country,” he says.

Meanwhile, Ahsan Iqbal said that “only a fool” will go to the IMF in an election year: Pakistan’s economy is doing fine.”

However, the consensus among economic analysts is that borrowing might become inevitable, considering the speed with which Pakistan’s foreign exchange reserves are dwindling.

“We will have to go back to the IMF,” contends Farrukh Saleem. “The US itself has 831,047 votes within the IMF. So if the US’ hand is lifted, those votes go away. And once we choose to head towards the IMF’s lap, it allows Pakistan’s enemies to dictate our foreign policy.”