Producer/director Steven Spielberg’s latest film could not have been more appropriately timed given US President Trump’s battle royale with the free press. He is accusing every other channel of manufacturing “fake news” about him and his administration. 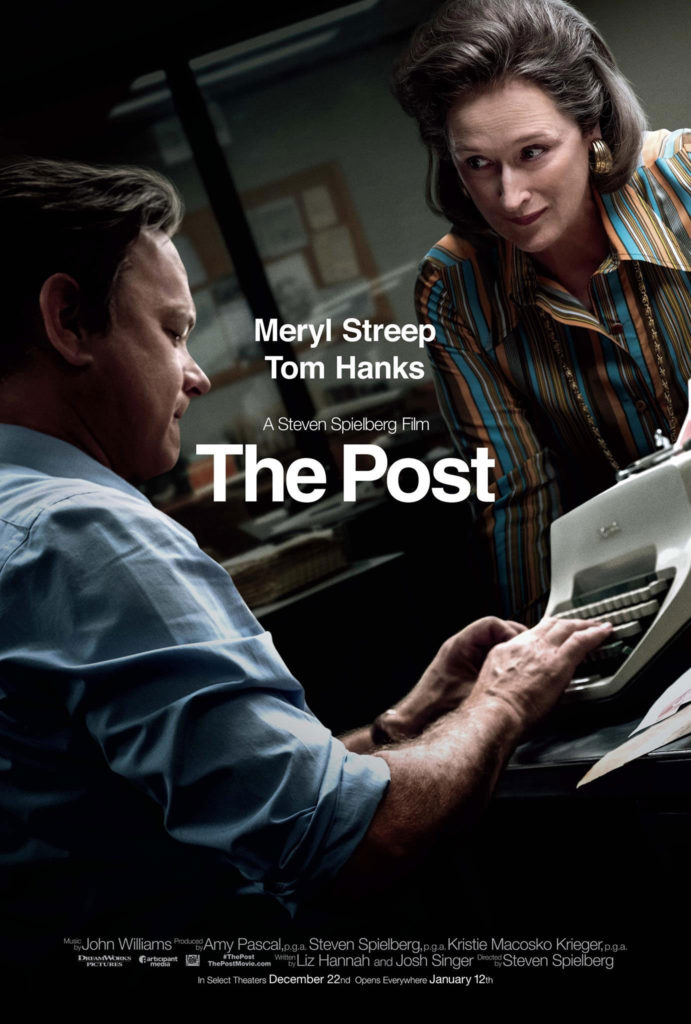 A historical-cum-political drama, The Post is based on real-life incidents within The Washington Post, when the daily newspaper pursued a Vietnam War cover-up that was first brought to the attention of the public in 1971 on the front page of The New York Times (NYT). Leaked by a whistleblower were highly classified war documents known as the Pentagon Papers that were traced back to four US administrations, from Dwight Eisenhower, Lyndon Johnson, John F. Kennedy to Richard Nixon.

The plot revolves around two characters: they are the socialite, newspaper heiress Katharine Graham (Meryl Streep), who was also the first woman publisher and owner of a major US newspaper, and her crusty, hard-boiled editor-in-chief, Ben Bradlee (Tom Hanks). Katharine inherited The Washington Post after the suicide of her legendary editor-husband, Philip Graham. Katherine’s father had bequeathed the paper to her husband, a sign of the times when women, not even daughters, were considered for heading business empires.

It takes the better part of an hour for the film to establish its key characters and the background of the plot. A small but pivotal part is that of the whistleblower, Dan Ellsberg (Matthew Rhys). As shown in the opening scenes of The Post, he was a State Department military analyst in 1966, visiting US troops in Vietnam, documenting US military activities for a study commissioned by Robert McNamara, the Secretary of Defense. Years later, as a civilian military contractor, Ellsberg decided to expose the closely guarded secrets of the Vietnam conflict (1955-1975), as the US continued to send troops to a war that led to the deaths of thousands of servicemen.

Another intriguing element in the initial part of the film is Bradlee’s sixth sense telling him that The NYT is sitting on a major story, and his only clue is that their rival newspaper’s ace reporter has not published an article in months. The plot thickens when The NYT drops the bombshell and their story on the Pentagon Papers becomes front-page breaking news. In its immediate aftermath, Nixon’s government has a court injunction issued against NYT, preventing publication of any other news pertaining to it.

However, Bradlee, with his hand-picked team of single-minded journalists, finally get their hands on the Pentagon Papers after one of them hunts down the source. They work feverishly on a breaking news story to catch up with The NYT. The final decision, however, rests with Katharine, as she tries to grapple with her differences with Bradlee, while consistently being overruled by an opinionated all-male board of directors and advisors, who consider her inept to take such critical decisions, and would rather avoid the ire of the Nixon government.

As Katherine Graham, Streep outshines Tom Hanks, whose acting is stilted. Far more challenging is Katharine’s character of a woman with doubts and a lack of confidence, who is trying to balance her long-standing relationships with friends in the government, while keeping her newspaper solvent. Streep takes audiences through Graham’s struggles with the toughest decisions of her life such as whether to uncover the long-term deception of the American public by its four successive governments — stories that would establish her newspaper as a major journalistic institution — or defer to The Washington Post lawyers’ warnings to refrain from publishing, rather than risk criminal charges including a violation of the Espionage Act. She took the plunge and emerged as the winner. Incidentally, subsequent events led the Post and NYT to combine forces and appear together before the US Supreme Court to plead their right to publish material on the Pentagon Papers under the First Amendment.

A first-time collaboration between Spielberg, Meryl Streep and Tom Hanks, The Post is being cited as one of the most important and relevant movies of recent times by film critics. Chosen by the National Board of Review as the best film of 2017 and listed among the top 10 films of the year by the American Film Institute and the Time, The Post has garnered countless other nominations including for the Best Picture and Best Actress (for Streep) for the 90th Academy Awards.