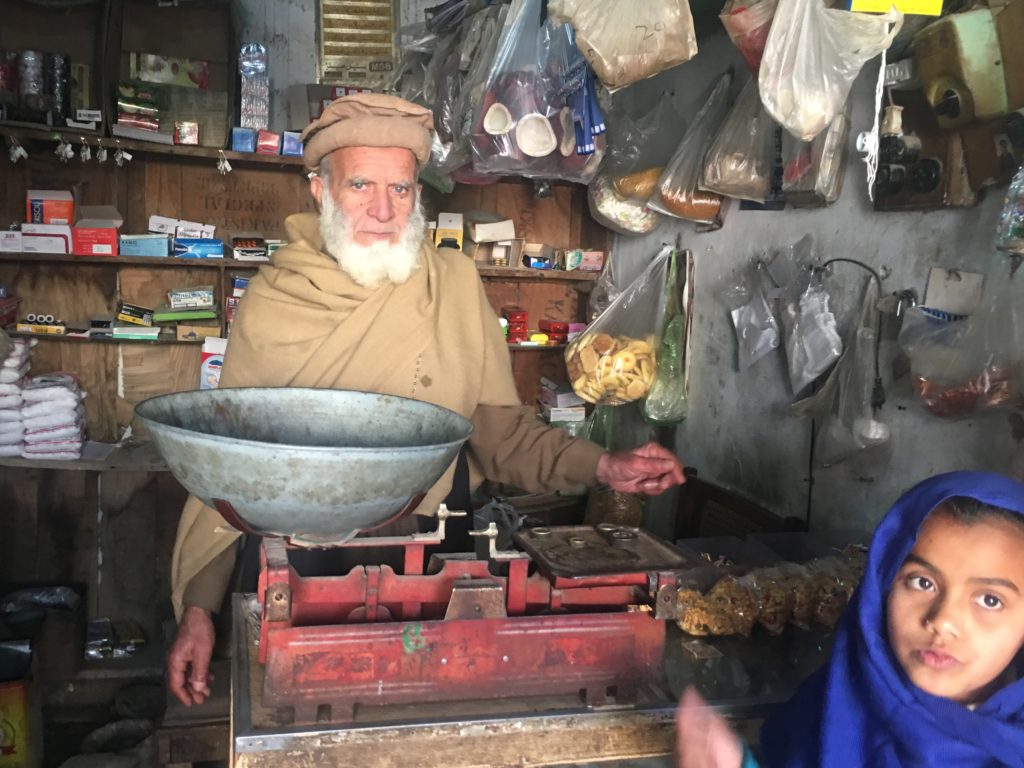 Lal Bahadur at his shop in Swabi District

Lal Bahadur, 65, runs a small shop in the narrow alleys of Swabi district. It was enough to keep him happy until – January 20, 2016 – the day his son, Hamid Hussain, was killed during a Taliban attack on Bacha Khan University (BKU) in Charsadda.

“His death broke my back,” says Bahadur, tears rolling down his cheeks. “For decades, we invested our meagre earnings to educate him. Little did we know that he would be pierced with bullets.” Bahadur’s eldest son, Sajjad, stands near the charpoy silently listening to the heart-wrenching tale.

Of Bahadur’s three sons, it was Hamid who was the most academically inclined. An avid reader, he was awarded a PhD scholarship in Organic Chemistry. In 2013, he got married and completed his PhD, getting his dream job of teaching at Bacha Khan University.

While Hamid lived in the hostel, Bahadur provided Hamid with a meagre sum as pocket money, while his mother supplied him with dry-fruits, as well as a cow, as a source of milk. “During the power shortages of the long, hot summer, his mother wouldn’t sleep until Hamid shut his book,” says Bahadur, “all the while, keeping him cool using a hand-held fan.”

Pakhtuns observe January 20 as Bacha Khan day in Khyber Pakhtunkhwa (KP), the Federally Administered Tribal Areas (FATA) and even in Kabul. To commemorate the day, BKU’s management announced a peace-themed poetry session. Dozens of popular poets were invited. Amid a dense layer of fog and limited visibility on that fatal morning, masked men armed with AK-47s climbed over the eastern wall of the campus and approached the classrooms.

Security personnel of the university’s guest house were the first to fall victim. After that, the terorrists opened fire on the poets occupying the guest rooms. News of the attack reached Peshawar within minutes. Ironically, Bacha Khan, a freedom fighter, was a proponent of non-violence during the freedom movement. It was a philosophy he adhered to, even after Partition.

The attack, which lasted a few hours, killed over a dozen students. 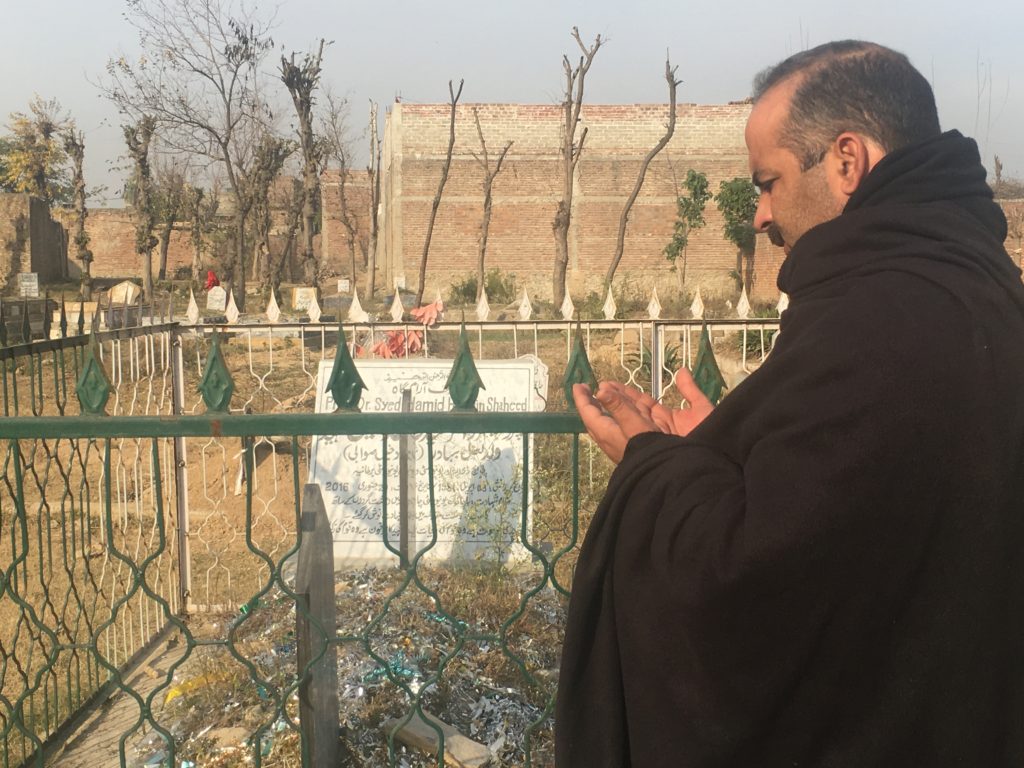 “I feel guilty,” says Hamid’s mother, who visits his grave every day. “Instead of pushing him into education, I should have encouraged him to work as a vendor or as a mechanic in a workshop.”

According to Professor Fazal Rahim Marwat, then Vice Chancellor of BKU, the assault was on the peaceful ideology of Bacha Khan. For decades, he says, an endless war has been instigated against the indigenous culture and people of this region.

Memories of the ill-fated day are still fresh in the minds of survivors and their families. The incident was a doomsday of sorts for the family of Waleed Khan, a management science student. Although Waleed survived the attack, his father had to be admitted to a psychiatry ward in Peshawar for a few weeks. The shock was unbearable — Waleed was his only son. “Due to the trauma, my father’s life isn’t the same as it was before the attack,” says Waleed.

The thundering sounds of gunfire are fresh in the memory of Rana Rehman, an English lecturer, who was in her office on that unfortunate day. “It is an awful feeling, when you are being chased by death,” she says. “I was traumatised for several months and was afraid of any and everything. The sound of the door, or the sudden running of students in the corridor still startle me,” admits Rana.

Malik Atif organised the first Hamid Hussain Soccer Tournament in Swabi, “to commemorate our heroes and keep their memory alive in society,” he explains.

The almond-coloured door of martyred professor Hamid’s study remains closed. Inside, books and other belongings lie as he had left them. Hamid’s brave wife doesn’t want to lose even a page from his personal library. “I have planned to keep each item as a source of inspiration for my son, Hashir Hussain,” she says.

Hamid’s wife discloses that after the Army Public School attack in Peshawar, Hamid had purchased ammunition for safety reasons. “He told me that everyone must be vigilant, as anything could happen to anyone.”

Promises made by the Pakistan Tehreek-e-Insaf (PTI)-led provincial government are yet to be fulfilled. Hamid’s brother, Sajjad, recalls the numerous promises made by the Speaker of the KP Assembly, Asad Qaiser, such as naming a college after Hamid, building a tomb around his grave and recognising his bravery in protecting students.

Hamid’s family has established an educational institution named Professor Hamid Hussain Institution. It provides underprivileged students with free training in software skills, as well as tuition in various subjects, in English. All this, so that “His soul may rest in peace,” says Bahadur.