Nadya AR’s first book, Kolachi Nights, reportedly created quite a stir among the moneyed circles and the glitterati of Karachi. Society ladies were convinced that certain characters were based on them.

Her second novel, Invisible Ties, paints an equally unforgiving picture of the world of the rich and the privileged. 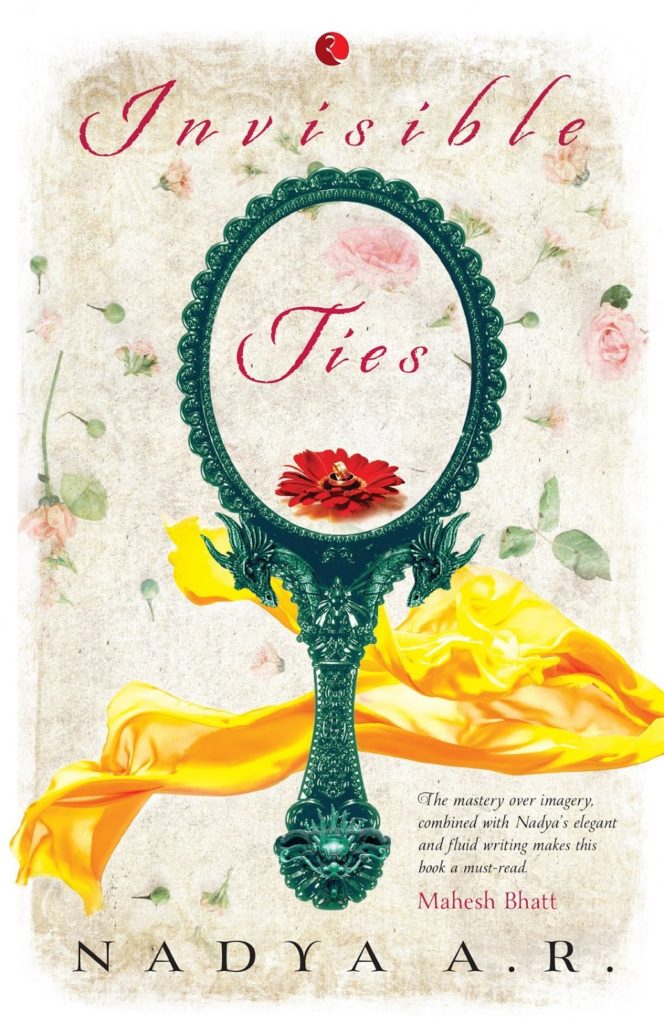 Invisible Ties is the story of Noor, a young woman who travels from a lonely, traumatic childhood in Karachi, to an unhappy marriage in Singapore. She is haunted by a traumatic incident from her past — when burglars broke into her parents’ house in Karachi, killed the family chauffeur as he tried to protect Noor, and briefly abducted her mother. The incident is pivotal to the whole story, as all of Noor’s life seems to be lived in the shadow of this one event.

Lonely and left to the care of a succession of ayahs, Noor draws comfort from a green jade mirror she steals from her mother as a child and keeps as a good luck charm and companion. Although she is constantly criticised and undermined by her glamorous, albeit high-strung, mother and belittled by assorted aunties at various social gatherings for not being pretty enough, Noor develops enough confidence in herself to be able to speak to anybody (in long paragraphs). She remains strangely calm when, on a trip to Malacca, Malaysia, she encounters one of the men involved in the dacoity. Noor’s conversation with this man is philosophically interesting, but, in terms of the backstory, slightly implausible.

It is also unclear exactly what Noor wants from life. When an eligible bachelor from Singapore turns up in Karachi, courtesy her khala, in search of a suitable wife, Noor seems annoyed by his attempts at courtship. But she ends up marrying him anyway, mainly because her father is keen for her to get away from the troubled conditions of the city, and moves to Singapore. There, she leads an awkward existence with her husband and mother-in-law. She makes a few new friends, begins to train as a psychotherapist, and generally leads a fairly humourless existence.

Noor’s story is one of self discovery. She strives to find her own place in the world without being held back by her own cultural conventions and hang-ups. Meantime, she attempts to help others with some self-introspection as a trainee psychotherapist.

The novel tends to over-complicate everything with its relentlessly miserable tone and Noor’s propensity for sermonising. The author portrays Karachi’s glittering social scene with unflinching accuracy, but the characters’ struggle is marred by the style of the prose, which is melancholic and often clunky. We hear, again and again, that a certain thing ‘reminded’ Noor of something else, or that one thing was ‘like’ another. In addition to this, there are many detailed descriptions of Noor’s outfits — their fabric, embroidery and motifs — which seem somewhat unnecessary. Similarly, while some of the information on Malacca, the Sheesh Mahal and the Taj Mahal is interesting, it also becomes a little tedious, especially the manner in which it is imparted by Noor, in a somewhat didactic manner.

Invisible Ties is an interesting story of one woman’s journey to find peace within herself and acceptance in others. And while we can sympathise with Noor, it is difficult to feel affection for her. At one level she is a good person trying to find meaning in life, but on another level she is a privileged Karachi brat with a lonely childhood and a strange emotional attachment to a jade mirror.

While readers can interpret the mirror as a symbol of introspection and self-discovery, Noor’s soul-searching turns her into a bit of a bore by the end of the story