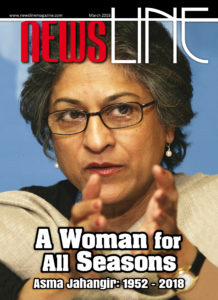 In what must have been a shockingly painful setback to Mashal Khan’s family, the Peshawar High Court on February 27 suspended the conviction of 25 accused in the Mashal Khan lynching case in Mardan and granted them bail. Cause for celebration in the ranks of the religious bigots, yet again? In the initial judgment on February 7, when 26 among the 57 accused, against whom there was substantial video evidence, were declared innocent by an anti-terrorism court in Abbotabad, they were greeted like heroes, even by political parties like the Jamaat-i-Islami and the Jamiat Ulema-e-Islam-F, who resolved to get the sentences against the main culprit and his five cohorts overturned. This, despite the fact that Mashal Khan had been cleared of all charges of blasphemy in a subsequent enquiry.

The misuse of the blasphemy law continues to claim more victims — often from among the poorest of the poor. Currently in the news is an equally chilling incident in Lahore — that of two Christian youth — Sajid Masih, an illiterate sweeper accused of posting a blasphemous image on Facebook, and his cousin Patras. The latter was called in for questioning, subjected to severe torture and asked to perform a vile act on his cousin, forcing him to jump from the fourth floor of the FIA building. Irony of ironies — the FIA filed a case of attempted suicide against a grievously injured Patras, who lies in a hospital, while Sajid’s fate is almost sealed. What was even more horrific was that members of the Tehreek-e-Labbaik Pakistan (TLP) arrived with kerosene oil to burn down the homes of Christian families in Shahdara, where the cousins live, forcing 700 families to flee.

Memories of Gojra and Shantinagar, where entire Christian neighbourhoods were burnt down at the
instigation of religious fanatics, returned. Rumours of the blasphemy law being used by land-grabbers to drive the dispossessed out of their homes were rampant then, as they are now. But would anyone dare to investigate the TLP, which enjoys the support of the most powerful in the land, who are trying to mainstream them into national politics?

As the forces of obscurantism gain ground, Pakistan has, once again, made it to the Financial Action Task Force’s grey list, for deficiencies in anti-money laundering and countering terrorist financing. And shamefully, this time even our staunchest allies, Saudi Arabia and China, refused to block the vote against us in Paris. We have been given time to put our house in order or face tough sanctions if we ‘graduate’ to the next level — black — which could lead to serious repercussions for the country’s teetering economy. The powers-that-be continue to take cosmetic measures — but are they prepared to sever the umbilical cord with their strategic assets?

Meanwhile, an image posted on social media showed the Colosseum in Rome bathed in red light, to highlight the persecution of Christians in some countries. And meeting Pope Francis in the Italian capital at the same time, were the husband and daughter of Aasia Bibi, a Pakistani Christian sentenced to death on charges of blasphemy, whose brave defence by then Punjab Governor Salman Taseer and then Minister of Minority Affairs, Shahbaz Bhatti, cost them their lives.

Aasia Bibi still languishes in jail — as do hundreds of others — on trumped up charges of blasphemy. And missing in action today is the greatest humanist of all, Asma Jahangir, who fought, and won, one of the toughest battles of her life in 1994 — when she defended three Christian men accused of blasphemy in Gujranwala. One of the accused was shot dead in court, but she managed to whisk two of them out of the country.

A true friend of the dispossessed, the oppressed and the disenfranchised, Asma will be sorely missed. Rest in peace, dear friend to all, for yours was a long, unending, painstaking and truly memorable journey that lit many lives with hope — to them there was always an Asma at the end of the day. And today, the world is poorer without you.