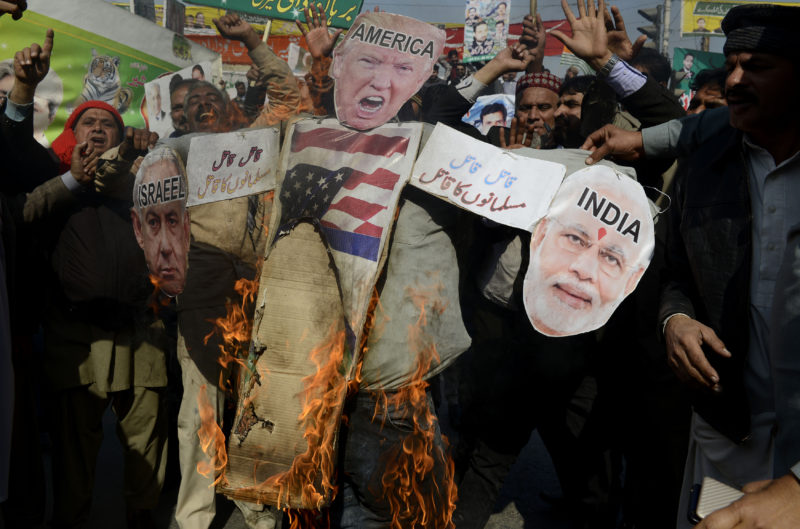 There are numerous other statistics available that all point to the same thing: neighbours as trading partners is the best bet in the book.

In our neck of the woods, the situation is equally remarkable — for the absence of trade. According to The Hindu Business Line, India’s exports to Pakistan were valued at $2.17 billion in 2015/16, whereas imports from Pakistan were a little less than $500 million.

To say that these figures are low for neighbouring countries, that too with a combined population of over 1.5 billion people, is putting it mildly.

India is soon to become the most populated country in the world, with its current population at 1.342 billion, fast creeping up on China which stands at 1.379 billion. 1.342 billion potential customers. The possibilities are endless, for Pakistan at least. And Pakistan is no small fry either, at least when it comes to sheer numbers. We are the sixth most populous country in the world.

But the word from India is that Pakistan doesn’t matter much to them, even with all the potential customers we have to offer.

“There’s been a growing feeling in India over the past few years that we over-obsess about Pakistan, in a foreign policy sense,” says Shivam Vij, a journalist based in New Delhi. “The idea is not so much to isolate Pakistan as it is to isolate India from Pakistan.”

The current strategy in New Delhi, according to Vij, is dehyphenation, where other countries see India independently and not through the prism of Indo-Pak relations. That’s one way of looking at it. But wouldn’t India’s global rise be accelerated if it somehow managed to sort out the Kashmir issue, and reached a working relationship with Pakistan?

Experts believe that trade alone will not be incentive enough, at least for India, to find peace with Pakistan. Even if there is a lot of trade between the two countries, it would be paltry for New Delhi as a percentage of its total international trade. But for Pakistan, access to the Indian market would mean over a billion potential customers, if it offers up something of value.

But that puts the ball in Pakistan’s court, for mending ties with India at a time when New Delhi is no longer interested. The question then is, are we?

“There is a general consensus within the Pakistani establishment that India is a threat, and understandably so, but the devil is in the details,” says Kamran Bokhari, Senior Fellow at the Centre for Global Policy and Fellow with the Programme on Extremism at George Washington University. “The opinions begin to vary when one probes deeper into the perceived nature of the threat, how it should be dealt with and its relative comparison to the internal threat from Islamist non-state actors that has proven far more lethal in almost a generation.”

To be fair, with three official and one unofficial war against India, multiple generations within the Pakistan Army have been raised with ‘India the mortal enemy’ ingrained within their psyche. However, when the Taliban arrived on the scene, this started to change. The new generation of the Pakistani Army had a new enemy. However, according to Bokhari, “the old versus new guard distinction — though useful — does not capture the evolving full spectrum of the variance of views on this issue.

“The driving factor is the organic linkages between the domestic threat and the foreign police outlook towards India,” he continues. “Groups like the Jamaat ud Dawa (JuD) and, to a lesser extent, the Jaish-e-Mohammad (JeM) and others have become embedded in Pakistan’s civil society, to a point where it is not easy to uproot them, even though many in the establishment do not wish to see these actors complicate Islamabad’s efforts to deal with New Delhi. But there are still enough of those who have a utilitarian view towards those groups because they perceive them as having some utility in managing India.”

And then there are the deteriorating developments on the western front and relations with the Trump administration that further empower those elements that lean towards the traditional view of/on India.

Where then, do we go, but nowhere? Even the people-to-people contact has trickled down. And to be fair, for this the Indians are at fault. It has now become next to impossible for ordinary Pakistanis to get a visa for India, whereas Indians have it much easier when they head to the Pakistani embassy in Delhi. The idea is simple: if they (the Pakistanis) are coming for tourism, we don’t need them because we have enough coming from elsewhere. The same holds true for cricket.

But strangely enough, one relationship remains — that between the religious right in both countries. “The nationalist self on both sides is articulated in opposition to the other, which perpetuates the vicious cycle,” says Bokhari. “A working relationship between the two will help both Islamabad and New Delhi contain the extremism within their midst.”

Not only that, there are economic incentives too — think military budgets. Currently, both countries are having to continuously invest billions into their military. India has the added niggle of Kashmir to deal with as well. A large chunk of these funds could be diverted into more pressing areas: education, health, security. The list is long.

Late in 2015, Indian Prime Minister Modi made a surprise visit to Lahore, raising the possibility of improved relations between the two countries. However, after a terrorist attack at an army camp in Indian-administered Kashmir which left at least 18 soldiers dead, Prime Minister Modi publicly declared that New Delhi would mount a global campaign to isolate Pakistan in the world. “We will isolate you. I will work towards that,” he said in a speech.

And to follow through, India backed out of the SAARC summit which was scheduled to be held in Pakistan. Which then led to the summit being cancelled. In any case, a year later, while testifying before the US Senate Armed Services Committee, the Commander of the United States Central Command (Centcom) said that “India’s public policy to diplomatically isolate Pakistan hinders any prospects for improved relations.”

It is also widely understood that New Delhi is in cahoots with Kabul, where the anti-Pakistan fervour runs high, and is also funding Baloch insurgents and separatists in the restive province.

Earlier this year, PM Modi changed his mind again — claiming that “to assume New Delhi’s foreign policy revolves around Pakistan would be a grave injustice to India.” He also invited Pakistan to join hands with them to fight poverty and disease. “If we fight together, we will win faster,” he said.

For anything to happen, the narrative needs to change. Civil society on both sides has tried, and continues to try to build this narrative. However, their voices are silenced, not only by their respective establishments and the religious right, but a bloodthirsty media industry which will fan popular sentiment for advertisements and ratings.

And the Indian government needs to understand that the threats of isolating Pakistan only work to strengthen the narrative which got us here in the first place.