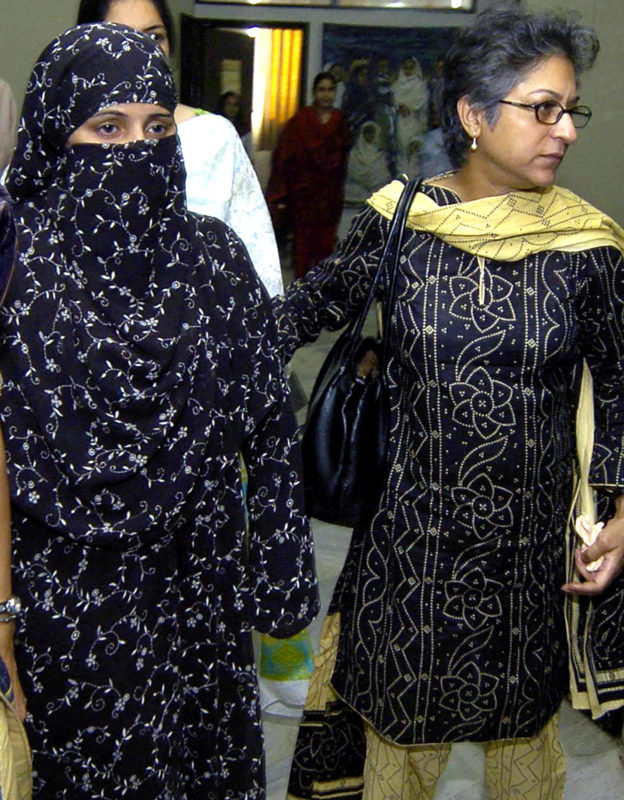 “For the first time in my life, I could actually smell hunger.” This is how Asma Jahangir described her first encounter with a bonded kiln worker who had managed to escape and walked into her office seeking help. This was in the early years of the Human Rights Commission of Pakistan (HRCP) when she was still discovering the magnitude of rights’ violations in Pakistan, though she had clearly established a reputation that led the bonded kiln worker to her office.

It was in 1986 that Asma took the initiative of forming the HRCP, along with her sister, Hina Jilani, from the platform of the Malik Ghulam Jilani Foundation. She managed to persuade the best minds — and hearts — to join her on this uncharted precarious journey. The early members included Justices (Retd.) Dorab Patel and Fakhruddin G. Ebrahim, lawyers Munir Malik, Sabihuddin Ahmed and Iqbal Haider and journalists Nisar Osmani and I. A. Rehman. This was the period of General Zia-ul-Haq’s rule, and the first fact-finding mission undertaken by HRCP was to the interior of Sindh which had experienced extreme brutality following the crackdown on the Movement for the Restoration of Democracy (MRD).

Dorab Patel was the first Chairperson of HRCP and Asma the first Secretary General. While sharing common values, the two couldn’t have been more different. Making the anglicised judge more ‘awami’ became a mission with her. Shortly after she took up the case of the bonded brick kiln workers, she took Dorab Patel to their protest meeting. While he spoke to the workers about constitutional rights and rule of law in impeccable English, Asma’s translation into Punjabi became what she wanted him to say! She assured the workers that the “vadda” judge had expressed total solidarity and would join their movement. Much to his surprise and consternation, the diminutive “vadda” judge was soon lifted by the workers on to their shoulders and carried in a procession!

Soon after she took up the case of bonded brick kiln workers, reports came from Sindh of the widespread practice among landlords of keeping agricultural workers in bondage. It started with a few peasants who had managed to escape and reach the HRCP office in Hyderabad. Suddenly, there was an unmanageable surge of haris making their way to the HRCP office. There were two initiatives that Asma took — the first, the drafting of a law to abolish bonded labour and, secondly, buying land in Husri on the outskirts of Hyderabad to temporarily settle the peasants who had managed to escape. The act to abolish bonded labour was finally passed by Parliament in 1992. At the same time, HRCP, represented by Iqbal Haider, pursued the cases of bonded peasants in the superior courts.

The case of bonded labour was among the landmark ones that Asma Jahangir deserves credit for. Earlier in the ’80s, as a young lawyer, she had successfully defended a blind girl, Safia Bibi, convicted for adultery under the Zina ordinance by a court in Sahiwal. The girl, working as a maid, was raped by her employer or his son as a result of which she became pregnant. Since she could not identify the rapist and was visibly pregnant, she was sentenced to 30 lashes and imprisonment. I remember reading the judgement of the Sahiwal court and the words still rankle. The judge wrote that in view of Safia Bibi’s vision impairment, he was “taking a lenient view and sentencing her to only 30 lashes.” Such were the laws and mindset that Asma constantly fought against — and often won. She also successfully fought the case of Saima Waheed, establishing an adult woman’s right to marry without a male family member’s permission.

The disadvantaged and the vulnerable were dear to Asma. She risked death threats to seek justice for them. In 1994, Asma took up the case of three Christian men of Gujranwala accused of blasphemy. Among them was 14-year-old Salamat Masih. Every time she went to Gujranwala for a hearing, death threats faced her through graffiti on the city walls. Even when she managed to have the case shifted to the Lahore High Court, the threats did not subside and her car was vandalised on the court premises. During the proceedings, one of the accused, Manzoor Masih, was shot dead. A brave judge, Justice Arif Bhatti, acquitted them and Asma managed to get the two out of the country. Justice Bhatti was later shot dead in his chambers. 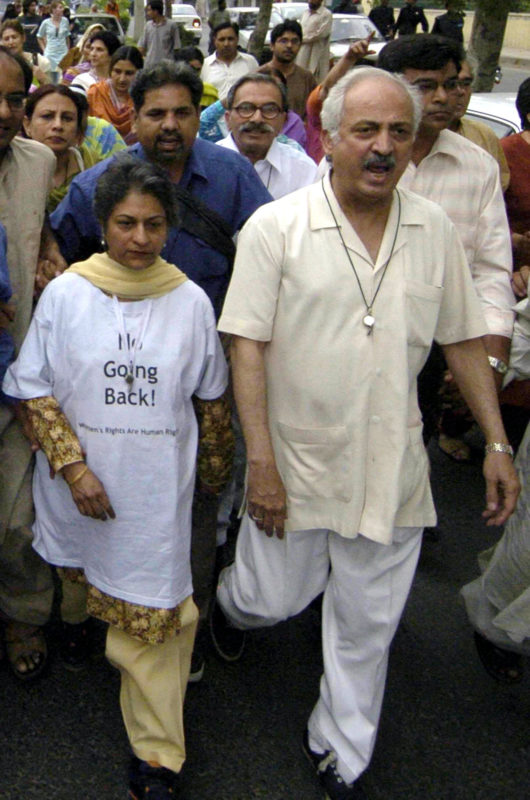 Two events greatly contributed to the rise in enforced disappearances in Pakistan. The first was General Pervez Musharraf’s decision to join the US ‘war on terror.’ Hundreds of young men were picked up on suspicion of being affiliated with the Afghan Taliban or Al-Qaeda; many, according to Musharraf’s own admission, were handed over to the Americans. The second was the army action against the Bugtis and the killing of Nawab Akbar Bugti that led to yet another insurgency and the beginning of another chapter of enforced disappearances. Asma filed a petition for the recovery of about 250 ‘missing’ people in the Supreme Court in February 2007. It is clear from the names in the list that she was equally concerned about the disappearance of religious militants as she was of those who went missing in Balochistan.

Asma’s concern for the ‘missing’ went beyond the legal process. On each visit to Balochistan she would reach out to families of the disappeared and take up their cause with all government representatives the HRCP team met. After the first encounter or so with her, the Corps Commander and the IG Frontier Corps refused to meet the HRCP team on subsequent visits.

It can’t be said that Asma didn’t enjoy power. But she wanted power that she had won after a struggle, not handed to her courtesy of any government. It was thus easy for her to turn down offers of being appointed a ‘caretaker’ and to refuse the position of a high court judge when Benazir Bhutto wished to make her a judge of the Lahore High Court. As she explained, she could not give judgements on laws she had opposed as a lawyer and an activist. However, she did enjoy the contest for president of the Supreme Court Bar Association (SCBA). It was a tough, nasty campaign with the opposition pulling out all dirty tricks to defame her. But Asma showed she was a superb strategist. She even visited the homes of lawyers affiliated with the Jamaat-i-Islami, reaching out to the women in their families. In winning, she created history by becoming the first woman president of the SCBA.

Asma Jahangir’s work won many international awards and recognition, too many to list here. I remember accompanying her to Brussels where she and HRCP were given the King Baudouin Foundation Award, in 1999. It’s a sign of her generosity that though being the original nominee, she requested the Foundation to give the award to HRCP which came with substantial prize money. The respect she earned in the international community led to her being appointed the UN Rapporteur for Extrajudicial Killings in 1998, followed by Rapporteur for Religious Freedom in 2010. She was, till her death, the UN Rapporteur for Human Rights in Iran. It was in her role as the UN Rapporteur for Religious Freedom that she met Narendra Modi, then Chief Minister of Gujrat, and Bal Thackeray. Her critics and Twitter trolls continued to use images of these meetings to charge her with being an ‘Indian agent,’ ignorant of the context.

In spite of the serious and hazardous nature of her commitments, perhaps there was nothing that Asma enjoyed more than an evening with good friends, sharing a great meal and talking late into the night or till the early hours of the morning. Her wit would be at its sharpest and her talent for mimicry would keep her friends entertained.

I realise this is an inadequate memoriam for Asma. I truly wished she had written her memoirs. Some months ago when, after reading Iran Awakening, the memoir of Nobel Laureate Shirin Ebadi, I suggested to Asma that she write her memoirs, she replied that she could not match Ebadi’s courage. How wrong my friend was.