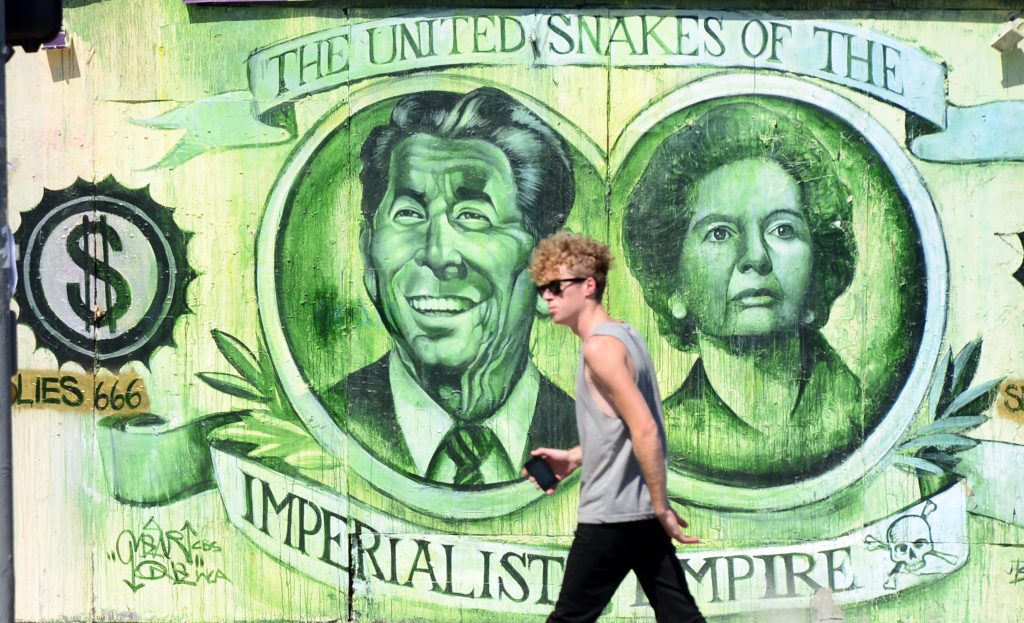 Due to the universal spread and impact of western educational systems — necessary for survival in modern times — we have all learned to view the world through glasses manufactured in Europe. Just as a fish is unaware of the waters in which it swims, so we are unaware of the currents of history which have shaped European thought.

Yet, to understand the world we live in, and how our perceptions have been shaped by the dominance of the West, it is essential to acquire an understanding of how the western worldview has been radically transformed over the past few centuries. In this brief essay, The ‘Methodenstreit’ — the battle of methodologies, which took place in the late 19th century — had a decisive impact on modern social science, which shapes our current understanding of human beings and their social, political and economic lives.

Geoffrey Hodgson’s book, How Economics Forgot History, which is about the Methodenstreit, accurately describes the impact of this battle on the discipline of Economics. In this battle, the German historical school of economics, championed by Gustav von Schmoller and his colleagues, lost to the Austrian school of Carl Menger, who favoured a scientific and quantitative approach to economics.

But what is wrong, the reader might ask, with taking a scientific approach to the formulation and solution of economic problems? The idea that economics is a ‘science’ is firmly embedded in the foundations of modern economics. This means that economics provides us with a set of laws which have universal applicability across time and space — independent of social, political, geographic, and historical context. In fact, there are no such economic laws. How we organise our economic affairs differs from society to society, and varies across time. The attempt to create a ‘scientific’ economics resulted in forcing mathematical laws upon human behaviour.

Over the past few decades, psychologists who study human behaviour, have established that humans do not behave according to these laws. This has led to the creation of the field of behavioural economics. Many researchers working in this area have been awarded Nobel Prizes (most recently, Richard Thaler), for discoveries which contradict the laws of behaviour still being taught across the globe to students of economic theory.

Despite discoveries that human beings are temperamental, driven by diverse and conflicting emotions, and free to make sudden changes in behaviour, the scientific methodology of modern economics continues to describe human beings as predictable robots subject to mathematical laws. The insights provided by behavioural economics are so radically in conflict with economic theory, that economists have not been able to assimilate them into the mainstream curriculum.

Similarly, the scientific method leads economists to ignore specific historical events in their vain quest for universal laws that describe economic systems. Essential insights about economics are lost due to this disregard of history. For example, the two world wars, the Great Depression, the Bretton-Woods agreement, and Nixon’s revocation of gold backing for the dollar, are events of central importance for understanding the economics of the 20th century. However, economists do not study these historical events since they are particular and specific, and cannot be described using universal scientific laws.

On a larger scale, the birth of modern market society can be traced back to the industrial revolution, which created possibilities of massive overproduction of goods in 18th century England. This overproduction concentrated a massive amount of wealth and power in the hands of a small group of people, who were able to use favourable historical circumstances to increase their wealth and power by expanding the role and influence of markets to the point that they came to dominate and destroy traditional societies all over the world.

The deep insights which emerge upon connecting the historical context with economic theory have been brought out by Karl Polanyi in his magnum opus, The Great Transformation: The Political and Economic Origins of Our Times. One of the central themes of Polanyi is the dramatic contrast and opposition between values of traditional societies and the emerging modern market society.

Traditional societies organise their economies on principles of redistribution and reciprocity, cooperatively taking care of all members. Furthermore, traditional societies value many characteristics like heroism, generosity, knowledge, spirituality, literature, arts, sports, and so on, over and above the possession of wealth.

In contrast, wealth becomes the primary marker of status in market societies, and becomes the main object of personal and collective endeavour.

An important consequence of the opposition between market values and social values is that traditional societies do not and cannot evolve into market societies — this change is always brought about by a revolution, which destroys traditional values and replaces them with the antithetical values of a market society. This revolution occurs on both the physical and material dimension, as well as the ideological dimension. 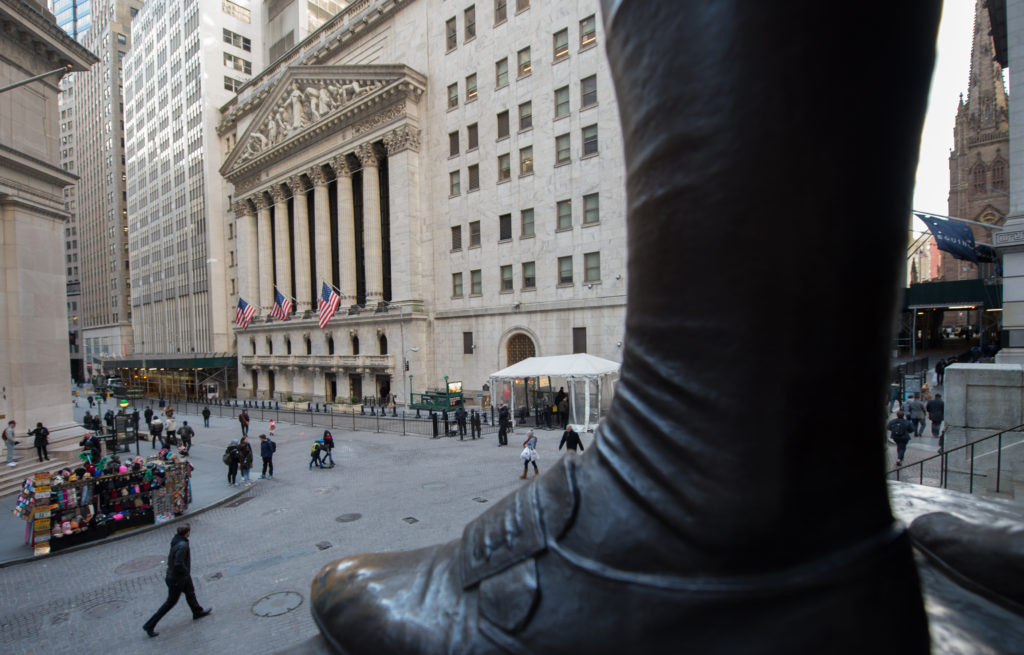 As Marx realised, capitalism produces labourers conditioned by education, tradition, and the habit of viewing the economy as being subject to natural laws, and accepting their own exploitation as a necessary, fair, and a just part of the system.

Similarly, even though the market society provides enormous amounts of wealth and power for a select few, the expansion of the market into all human affairs requires this minority to create and popularise market ideologies.

At the core of market ideologies is the idea that markets are governed by natural laws, which provide equitable outcomes to all participants and create maximum wealth for all. This ideology runs counter to traditional ideas about social responsibility for the poor and the disadvantaged, and suggests that interfering with market mechanisms will cause harm to everyone.

To understand the ‘origins of our times,’ it is necessary to understand the parallel growth of market institutions which expand the scope and power of the marketplace, and the accompanying market ideologies which counter and negate traditional ideas on social norms. For example, exploiting the possibilities of massive overproduction created by the industrial revolution, required the creation of consumers. The globe was occupied by traditional societies which prized self-sufficiency as a virtue, and did not have markets for British goods.

The productive capacities of industrial society created the power to physically take over and colonise weaker societies across the globe. The destruction of local institutions for provision of social welfare, and the harnessing of all factors — labour, land, natural resources — to the global production of capitalist wealth, was also accompanied by ideologies promoting the idea that this was the best path for all concerned.

In particular, the economic theory of ‘comparative advantage’ was invented to justify the absurd idea that it was in the best interest of the colonies to remain engaged in the production of raw materials, leaving England to specialise in the production of industrial manufactures. Since it is easily refuted by empirical evidence, comparative advantage cannot be understood as a ‘scientific theory.’ It can only be understood as a product of historical circumstances, as a part of a collection of theories required to justify the brutal processes of colonisation and the accompanying destruction of local economies.

Since comparative advantage was a manifestation of political power, effective counters also required political power. In Germany, Friedrich List created the ‘infant industry argument,’ to support protectionist policies in Germany and Europe, which allowed European industries to catch up to England.

Similarly, the American Revolution allowed the USA to implement protectionist policies which developed strong industries in North America. Colonies that did not have the political power to resist the ideology of comparative advantage, remain, to this day, agricultural economies providing raw materials to advanced economies.

The theory of free trade, which remains popular with economists, is very similar. Wars by European powers against China and Japan were concluded by signing treaties that opened these countries to European goods, creating a market for industrialised European economies. Not only was free trade forced upon them through war, but the ‘theory of free trade,’ which says that this was in their best interest, was forced upon them by a corresponding ideological war. It was the ability of China and Japan to resist this ideological war that has led to their economic success today.

Similarly, our failure to resist the invasion of ideologies and theories of economic hitmen, has led to our poor economic performance for several decades.

The most important insight which emerges from studying history, politics, geography, and society, in conjunction with economics, is how deeply interconnected these spheres of human life are — and the impossibility of studying them in isolation.

Like all of social science, modern economic theory derives directly from the analysis of the experience of western capitalist societies. The victory of the scientific and quantitative school over the German historical school in the battle of the methodologies, created the misconception that this analysis is a ‘science’ that is universally valid across time and space, for all societies. This has led to the current situation, where we teach and study capitalist economics relevant to modern European and USA economies, but largely irrelevant to our economy, which is structured along different lines.

At the same time, we do not study the success stories in the patterns of miraculous growth achieved by China and East Asian economies, which followed radically different policies.

Discarding the blinders created by ‘scientific’ pretensions of western economics would create much-needed scepticism about the applicability of western economic theories to our radically different historical and cultural context, and open our eyes to non-European models for prosperity, which offer us substantially greater chances of success.