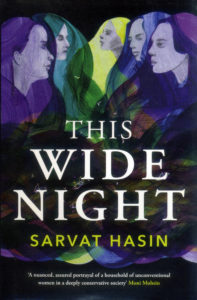 Sarvat Hasin has a deft touch. In the prologue to her debut 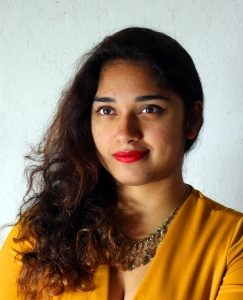 novel, This Wide Night, she sets the stage for much to come. The prologue builds up a sense of time and place and it is here that we begin to feel the sense of foreboding that develops as the story unfolds.

The narrator is a young man and through his recollections we meet his neighbours: a seafaring father mostly away from the family, a home-making mother and four ebullient sisters.

The narrator, Jamal, lives across the street from the Malik sisters and finds his way into their lives through a chance meeting with Ayesha, the one who is destined to remain the closest to his heart. This is a tale of star-crossed lovers in some ways, but it is more than the sum of its parts.

The book is also a celebration of sisterhood. Carried to an extreme, this has its perils, as we find out some way into the tale.

The young author — all of 25 years old — graduated with a Masters in Creative Writing from the University of Oxford a couple of years ago. The first draft of This Wide Night emerged as part of a writing project for Sarvat’s thesis at Oxford. The literary agent, David Godwin, read the thesis, felt it had merit and persuaded the young writer to flesh out the story for publication.

The book has some forbears. Sarvat herself mentions Little Women and The Virgin Suicides, but at times one can detect shades of Holden Caulfield. The tale, in any case, is well told. It is set in the Karachi of the ’70s. The sisters, Maria, Ayesha, Leila and Bina have differing temperaments, and yet, in this all female household, the bonds are unbreakable.

There are teenage parties and lighthearted banter, but dark undertones eventually rise to overwhelm the narrative. Jamal is the boy next door who is intrigued by the sisters and manages to find a foothold in the household through an encounter that grows into a close friendship. He yearns to be accepted as one of the family, but never gets quite close enough to belong to the secret world they inhabit. Jamal remarks that the sisters “Never begin a conversation from the beginning, they stepped in halfway through the story and expected you to catch up.” In spite of all his efforts, however, he never quite catches up.

Maria is the eldest sister, the capable one, who makes a living as a teacher. Jamal thinks about Ayesha, his soul mate: “ Her long collarbone jutting out differently as if maybe she and Maria had the same bones, only put together differently.” Ayesha is a prodigious reader and a rebel at heart. Bina is considerate and laid back. Leila, the artist, is the youngest and in a way the most frivolous.

The family goes through the changes most families do. Maria, for a start, falls in love with a colleague at school and decides to marry. The event shakes up the Malik household immensely but the glue that binds the sisters together never quite comes apart.

Jamal goes abroad to pursue his studies, grows up and gets involved in other relationships, but on coming back home, is caught up again in the familiar web woven by the Maliks, one that he can neither stay enmeshed in nor find his way out of, until tragedy strikes.

Sarvat savours language and the writing is lucid for the most part. The characters are built up through Jamal’s narration quite skilfully, although he remains a somewhat shadowy figure, a sounding board for the sisters who are that much stronger.

Considering that the book is set in Karachi, the sea is a fitting motif that runs through the story as it swirls on to a dramatic conclusion.