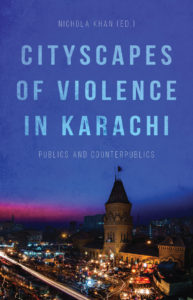 Karachi, Pakistan’s largest metropolis, has the dubious distinction of being dubbed the ‘most dangerous city in the 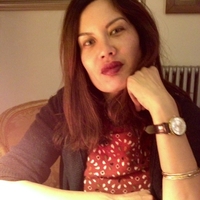 world.’ While there are grounds for challenging this label, the fact remains that the level of targeted killings, mass murders through bombs, sectarian violence, and looting of vehicles in broad daylight have fluctuated from very high to moderately high for the past 35- odd years. This high level of violence started in 1979, a year that marked the start of the Afghan war and Pakistan’s active support of the US-led initiative of driving the Russians out of Afghanistan.

Karachi is home to nearly 20 million people from all parts of the country, and it generates 20 per cent of the GDP of Pakistan, so the impact of violence in the city has a significant impact on not only the city but the country as a whole. For these reasons there is a great deal of interest in both Pakistan and abroad to try to understand the roots of the extended period of violence and look at what the future holds for this unfortunate city.

The book under review is a set of ten essays written by journalists, a literary figure, academics and rights activists. All the contributors are well known in their respective fields.

There is no specific link between the wide-ranging essays and thus these can be read as standalone pieces. However, in the introduction to the book, the editor, Nichola Khan, has attempted to bring the essays under the framework of Publics and Counterpublics, which is also the subtitle of the book. While it is useful to provide the background of the book in the introduction and discuss whatever common thread runs through them, it seems moot to apply an uncertain framework as a way of looking at the essays. The essays themselves are well written, and their intent is clearly communicated which allows the readers to be informed and form their own opinion.

All the essays (organised as chapters) make for absorbing reading. Some of the essays are journalistic in nature and provide very interesting details and insights on the subject. Nadeem Paracha provides the historical link between the sale of alcohol and political violence in Pakistan. Interestingly, none of the violence is associated with the actual consumption of this banned substance! He combines facts with amusing personal experience to provide some very informative and entertaining reading.

Where Paracha is low-key and humorous, Razeshta Sethna — from her firsthand experience as a senior journalist — is intense and passionate in describing the violence (and more importantly the fear of violence) unleashed on the journalists.

Nida Kirmani’s chapter on life in the troubled area of Lyari makes for compelling reading. As an aside, what she describes of her family’s and friends’ reaction to her conducting research in “lawless” Lyari offers a good insight into the attitudes of the powerful and the well off towards their responsibility for the well-being of the troubled communities. One weakness of this chapter is that since an academic has written it, one would have expected more on the analysis of the Lyari situation rather than just statement of facts and stories of the residents.

Arif Hassan, perhaps the most knowledgeable analyst of the Karachi urban landscape, delves into the factors at play that started the cycle of violence in Karachi. He is insightful in pointing out that some of Karachi’s woes are related to the opportunities gained by the rural poor due to the green revolution that enabled cash economies. This freedom allowed the large-scale migration of underprivileged farmers from the rural areas to seek a better life in the urban metropolis.   What one misses in this chapter is more on the revival of cosmopolitanism in Karachi.

In the chapter ‘In Karachi — a Pashtun city?’ Zia-ur-Rehman, a veteran journalist, provides an excellent indepth account of the impact of the sizable Pashtun population movement to Karachi in the earlier years, and the later addition of the Talibans and other internally displaced persons following the Afghan war in 1980.

In other chapters, one of the prominent rights activist and academic, Kausar S. Khan, provides touching personal accounts of the murder of four social activists and community organisers; two being women, including the iconic Perween Rehman, the head of the community self-help initiative, the Orangi Pilot Project.

One of the three foreign contributors, Oskar Verkaaik, a Dutch anthropologist, provides interesting research into the participation of the Mohajir community of Karachi in a Tableeghi (proselytising) organisation, the Jamaat-i-Islami — and later in MQM, the most powerful political organisation in the city. This is an aspect of Mohajir politics on which not much work has been done in Pakistan.

The second foreign contributor, Laurent Gayer, is a French researcher who looks at what “militancy” comprises of in the context of the politics of Karachi. He does that through the experiences of a young man who is an MQM “fighter.” His chapter provides an insight into the thought processes of an actual perpetrator of violence.

The editor, Nichola Khan, an academic from the University of Brighton in UK, had a unique opportunity to live in one the hotbeds of politics in Karachi, the area known as Liaquatabad, where she became well acquainted with an MQM militant. She provides her view of the complexities of what violence means to those who commit it, and those who read the commentary on it.

One of the most poignant chapters in the book is the poems of Azra Abbas (translated by Asif Farrukhi). The devastating impact of violence on humans — whether the loss of life or the deadening of the sense of outrage — is very powerfully communicated in her poems. The simplicity of the words of the poems enhance the rawness of the tragedy involved in the mindless killings. Here is an excerpt from a poem “When you want to write a story:”

A living person can do anything,

Can fall in love,

Go for a swim,

Take care of somebody who is ill,

A story too can begin,

That person is crossing

With a shopping bag in one hand,

Holding a child’s hand with the other

The child has a flower in his hand

As you turn to look

Cuts into him from one side

and comes out of the other,

A finger is separated from others

But without any action

Another poem “Eye Witness” chillingly communicates the deadening of the humanity in us when confronted with senseless violence.

One important aspect of violence in the city that does not get the attention that it deserves in the book, is the psychological impact of long-term violence on the population. The so called “culture of violence” has very far reaching consequences in human terms. Without, in any way, diminishing the tragedy of lost lives, the real impact of a suicide bombing that kills 20 people in a city of 20 million is on the psyche of the population.

While this subject comes under discussion in some of the essays like Nida Kirmani’s account of life in Lyari and Razestha Sethna’s ‘The Cost of Free Speech,’ and Kausar S. Khan’s ‘Four Ordinary Deaths,’ a standalone essay on the psychological impact of violence on a society would have been very useful.

The editor mentions succinctly in the introduction to the book that, “Unpacking Karachi’s violence encompasses a wide brief.” The essays she has collected are definitely successful in bringing out the elements of this brief and can be the starting point of detailed research resulting in many books.