Zahid Hussain is a journalist, analyst and author of The Scorpion’s Tale and Frontline Pakistan: The Struggle With Militant Islam. 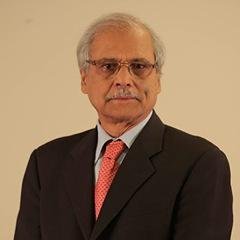 Accountability and the rule of law are critical for strengthening the political process and for democratic continuity in the country. Democracy will remain fragile without the rule of law.

Notwithstanding the controversy surrounding his disqualification for life, the unprecedented judicial action against a sitting prime minister is a watershed moment for the country’s democratic evolution and a step forward in efforts towards establishing the rule of law.

What is most important is that the action came from within the system and not outside the constitutional framework. It also signifies a milestone in the development of an independent judiciary not subservient to the executive, though the harshness of the ruling can rightly be disputed.

For sure, the ruling appears to have generated an upheaval and a period of political uncertainty further deepening political polarisation in the country. But it certainly does not threaten the democratic political process as being feared by some politicians and members of civil society. The mantra of ‘democracy under threat’ often comes handy in defence of the status quo.

There would have been no need for the apex court to intervene had the lawmakers demonstrated some maturity in taking up the Panamagate scandal involving the leader of the house, and if the law-enforcement agencies were allowed to do their job independently outside the influence of the ruling elite.

It is true that in the past accountability was used to victimise the political opposition. Military rulers used the slogan of accountability to overthrow elected civilian governments and force political leaders into submission. But the ongoing judicial proceedings against Nawaz Sharif and his family members named in the Panama Papers must not be equated with past cases of victimisation.

One cannot dispute the argument that no one should be above the law. But there is no substance in the contention that either all or none be held accountable for any misdeed. Indeed, accountability is a process and must not be seen as a one-time action or part of a campaign selectively targeting the civilian political leadership.

One is not sure that things will change after a sitting prime minister is brought to a court of law. But this unprecedented action could provide an opportunity to reform the system and strengthen the process of accountability. There is certainly no threat to the democratic process with the judges performing their role independently. In fact, democracy cannot work if the judiciary and other institutions fail to deliver.

Nasim Zehra is a journalist, analyst and talkshow host on Channel 24 News. 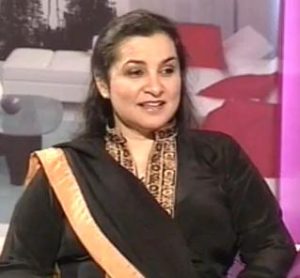 The elected prime minister’s disqualification has followed a two-part hearing conducted in accordance with the law laid down in article 184(3) of the Constitution.

And what has followed the PM’s disqualification — including the implementation of the judgement, the appointment of a new PML-N PM, the political grievances by the deposed PM which he continues to air, including his allegation that his ouster was planned before the hearing began, his call for a grand dialogue with the professed objective to uphold the sanctity of the vote, the filing of a review petition by all concerned members of the Sharif family, the announcement of the by-election for the deposed PM’s constituency NA-120 — all point to a functioning democratic set-up.

Endless questions regarding the exercise of judicial authority under Article 184(3) by the honourable court, regarding the specific cause for disqualification (failure by the former PM to provide information on the Iqama and his earnings from Capital FZE) point to the stakeholders of Pakistan’s democracy pushing the democratic process into new, uncharted zones. Indeed, it is the first time in Pakistan’s history that law and popular politics are positioned in a directly conflictual mode.

In the past, with Supreme Court benches under the shadow of the khaki, with military generals in power, all civil-military power contests resulted in a zero-sum finale; with the removal of civilian prime ministers through sham or no trial and underwritten by Supreme Court judges almost as if in the service of coup-makers.

The Panama trial proved vastly different. Despite questions being raised, and indeed some likely to be addressed in the review petition, and also debated in public forums including the media, the element of transparency during the Panama case hearings, does place it apart from the earlier Supreme Court judgments given in the service of dictators. Now the balance between the power of the popularly elected and rule of law will have to be found. In fact, it is work-in-progress. Accountability and democracy are not mutually exclusive. In fact, to the contrary, accountability within the parameters of the Constitution is not only integral, but indispensable to democracy.

Asad Rahim Khan is a barrister, columist and a co-host of a talkshow on Dawn News. 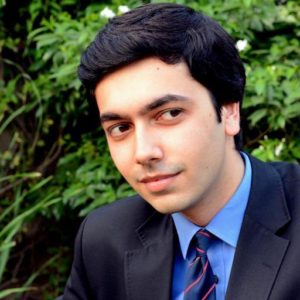 When the Panama Papers exploded last year, opposition leader Imran Khan called it a godsend. The Sharif family, in the first of many clarifications, scoffed that it offered ‘no new information.’ Others thought it more of the same: sleaze, scandal, the usual orchestra in Islamabad. Yet no one thought the leak itself — 11.5 million files of the rich getting rumbled — would have any bearing on democratic continuity.

Or, for that matter, any bearing on accountability either: where so many cried corruption, remarkably little was done to come down on the corrupt. The nature of the beast was expansive — fake degree empires, ephedrine rackets, kickbacks on French submarines. But everyone knew only the unluckiest of saps got caught, and even then, a range of legal options, from plea bargains to voluntary returns, doubled as an escape hatch.

But as the Panama Papers took on a life of their own, the conversation began to change. Suddenly, accountability — an idea Pakistanis were only promised by unaccountable generals — was close at hand, and that too under civilians. It is ironic, then, that as the prospect of Prime Minister Nawaz Sharif’s disqualification came closer, threats to democratic continuity suddenly materialised. Rather than strengthening the system, said those opposing the court verdict, accountability (or its pursuit) was sabotaging the democratic process.

The cynics aren’t without justification; nearly every president — uniformed or otherwise — that sacked parliament, did so citing corruption. Who can forget “retribution first, elections later” was an actual slogan for the Zia junta? Or that no Prime Minister, from the pious Junejo to the gentle Jamali, completed their rightful term?

Only this time, the cynics are wrong, with the accountability vs. democracy argument trotted out as a false binary by N League diehards that have run out of much else to say. The facts are that unlike the past, there has been no coup, no midnight meetings, no imperial presidency. And we have learned the reverse: accountability — via civilian institutions — strengthens the democratic experiment.

Mian Nawaz Sharif was held accountable on the basis of an admitted fact, after months of hearings and volumes of investigative reports, by the highest court in the land. He was succeeded by his own cabinet member in the centre; his party remains intact; Parliament continues to chug on; and provincial setups (including his brother’s) are unfazed.

As a gentleman across the border once said, it is immoral to try and escape the consequences of one’s acts — even when wrapping them in the democratic standard.