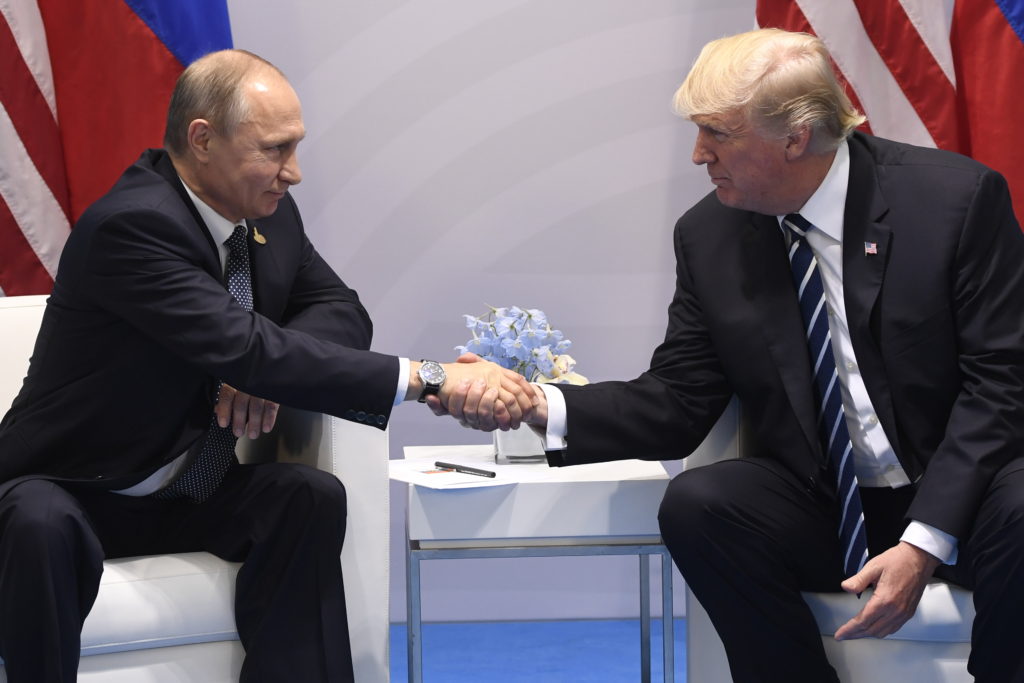 During his election campaign, President Donald Trump repeatedly demonstrated his alacrity towards burying the hatchet with Russia and working with President Vladimir Putin to resolve the protracted Syrian and Afghan conflicts. This engendered a glimmer of hope among the liberals in the US, who thought that now perhaps meaningful cooperation could be attained between the Cold War arch rivals.

Since Trump took the saddle, however, the powerful US security establishment has radically changed his business-centric worldview by showing him Russia’s increasing foothold in the Baltic region, the Middle East, Eastern Europe and Afghanistan, which it believes spells a potent a threat to the declining US influence in these regions.

So, to curb Russian assertiveness in the Middle East and Eastern Europe, the Trump administration has adopted a harsh policy: it has slapped stringent economic sanctions on Moscow and is vowing to punish Russia with even more sanctions. But Uncle Sam is grossly mistaken in regard to what this will achieve. Punitive sanctions to persuade a resurgent Russia to agree to negotiations with a view to redefine bilateral relations — as stated by Secretary of State, Rex Tillerson — are not likely to attain the desired result.

In fact, Russia has retaliated by announcing that 755 American embassy and consular staffers will be ejected from Moscow. The removal of those 755 staff members will decrease the number of American diplomats in Russia to 455, matching the number of Russian diplomats stationed in the US. Russian Deputy Foreign Minister, Sergei Ryabkov, has warned that his country will take even more retaliatory measures on the heels of American sanctions against Russia. Such a strong Russian reaction is highly likely to further exacerbate the already fraught relations between the two countries.

The US appears to have failed to grasp the fact that President Putin has pulled Russia out from the debris of its crushing defeat in the late 1980s. Now Moscow is predisposed to challenge the diminishing US influence in Afghanistan and the Middle East by assisting the Afghan Taliban, the Assad regime in Syria, and invigorating Russian ties with major Middle Eastern powers. What is certain from these geopolitical divergences between Russia and the US is that the world is, once again, being plunged into the dangerous politics of the Cold War.

Since the end of the Cold War, Russia has been closely watching the steady expansion of Nato in its immediate backyard. Since the disintegration of the erstwhile USSR, the transAtlantic security bloc has expanded its membership to 28, having added 12 more countries, including the strategically important three Baltic States. And at its 2008 summit in Bucharest, Romania, Nato even promised eventual membership to Ukraine and Georgia. 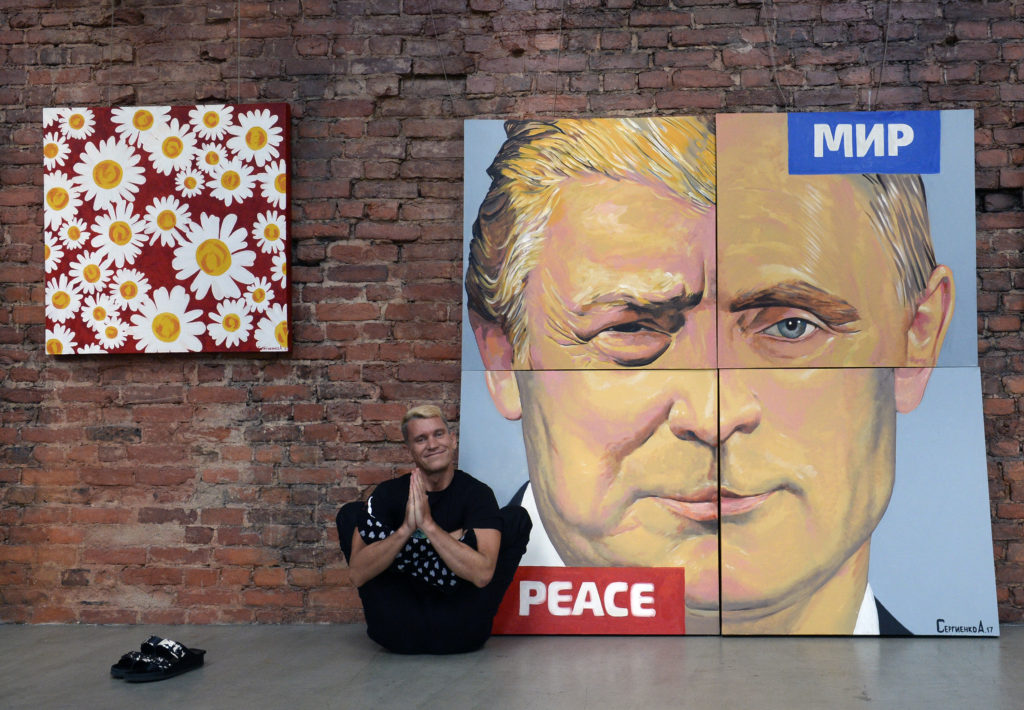 Most Russian political and military leaders consider the US largely responsible for orchestrating regime changes during the so-called Colour Revolutions in Eastern Europe in the early 2000s. Moreover, Moscow sees a US secret hand behind the ousting, in 2014, of pro-Russian former Ukrainian President, Victor Yanukovych.

Nato’s expansionist posturing and the US policy of regime change in Eastern Europe propelled Russia to invade the strategically important Crimean peninsula in March 2014. Rather than resolving the Ukrainian issue diplomatically under the auspices of the UN, the US has been providing military hardware to the Ukrainian army to be used against the Russian-backed separatists in eastern Ukraine.

It is imperative to mention that till 1917, when the Communist revolution toppled the Czarist system in Russia, Czarist Russia had long cherished the grandiose dream of economically and militarily dominating the Mediterranean and the Baltic regions. During that period, Great Britain effectively played the role of a balancer by capitalising on its naval supremacy to prevent Russia from posing a threat to British economic interests in the region.

Now Russia considers it a huge opportunity to count on the annexation of Crimea to actualise its hitherto unaccomplished dream of carving out its special sphere of influence in the region around the Mediterranean Sea. This has made the US apprehensive of an increasing Russian presence in the region. Therefore, Washington has been deeply engaged in lending a military hand to anti-Russian forces in Ukraine in order to push Russia back. The more the US-led West funnels weapons to anti-Russian forces in Ukraine, the more Moscow tightens its firm hold over Crimea.

The Baltic region has also become a major flashpoint between the US and Russia on account of their massive military build-ups in the region. Under its ‘advanced forward presence,’ Nato has deployed battalion-size units in Latvia, Estonia, Lithuania and Poland, and is inclined to further entrench its military presence in these countries. Furthermore, American rockets have been placed in the Czech Republic and in Poland. The Kremlin considers Nato’s military build-ups as aggressive posturing and the security bloc’s systematic encirclement of Russia. Nato’s militarised strategy in the Baltic States will compel Russia to further increase its military presence in the region, thus escalating the chance of confrontation there.

Due to its potential energy resources, both, the former Soviet Union and the US, fiercely contested against each other for special spheres of influence in the Middle East during the Cold War. In recent years, the US pivot to East Asia against China and its dismal failure to overthrow the Assad regime in Syria have opened the door for Russia to extend its military influence in the region. Russia has lately fostered its military ties with Egypt by sending some 500 troops to the country for joint military exercises.

The Trump administration deems such growing Russian engagement with the major Middle Eastern countries as a deliberate bid to outweigh the US economic and military presence in the region. For Washington, Russian dominance of the Middle East also means increasing Chinese military and economic engagement with the top regional powers. If the energy-exporting Arab countries tilt towards Russia, this will compel European powers to lift their economic sanctions on Moscow in order to import energy resources from Russia.

What should not be forgotten is that the region not only hosts the fifth fleet of the US, it also provides an adequate amount of energy resources to the US and its close European allies. Thus, Washington will resort to all means to prevent Saudi Arabia and Egypt, its long-time partners in the region, from jumping on the Russian bandwagon in the Middle East. The US missile attacks against an airbase in Syria in April this year, and its multi-billion arms deal with Saudi Arabia, demonstrate how the Trump administration moved to placate an angry Saudi Arabia.

Russia is also also slowly losing India to the US as its major arms importer owing to the deepening strategic partnership between New Delhi and Washington. Both, sanction-hit Iran and cash-strapped Pakistan in Asia, are reluctant to purchase expensive Russian weapons. This is a well-thought-out strategy calibrated by the US to systematically squeeze the sources of revenue for Russia in South Asia, thereby preventing Moscow from behaving like a regional hegemon in Asia.

To the surprise of the US, Russia has retaliated by starting to play a new Great Game against the US forces in war-torn Afghanistan. In this game, Moscow is allegedly supporting the Afghan Taliban, so that they will defeat the foreign-funded Afghan forces and increase their hold over the country. Interestingly, both Iran and Pakistan seem to be largely supportive of such Russian flirtation with the Afghan Taliban.

The US has reacted by reportedly assisting certain Daesh operatives in Afghanistan with the view to counter the phenomenal rise of the Taliban and increasing foothold of Russia in the country. Menacingly, Russia is likely to increase its diplomatic and military assistance to the Taliban in reaction to the US alleged support to the militant outfit. On account of such Russo-American rivalry, lasting peace and stability will continue to remain elusive in Afghanistan.

The brewing cold war between Russia and the US is likely to further complicate the insurgent landscape in Afghanistan and the ongoing instability in the Middle East.

Pakistan should avoid partnering with either country and take only those measures which will serve the country’s national interests. History, however, does not make for optimism on that score.

Ayaz Ahmed is a former senior researcher at the Pakistan Institute of International Affairs (PIIA), Karachi, and a columnist for assorted publications.