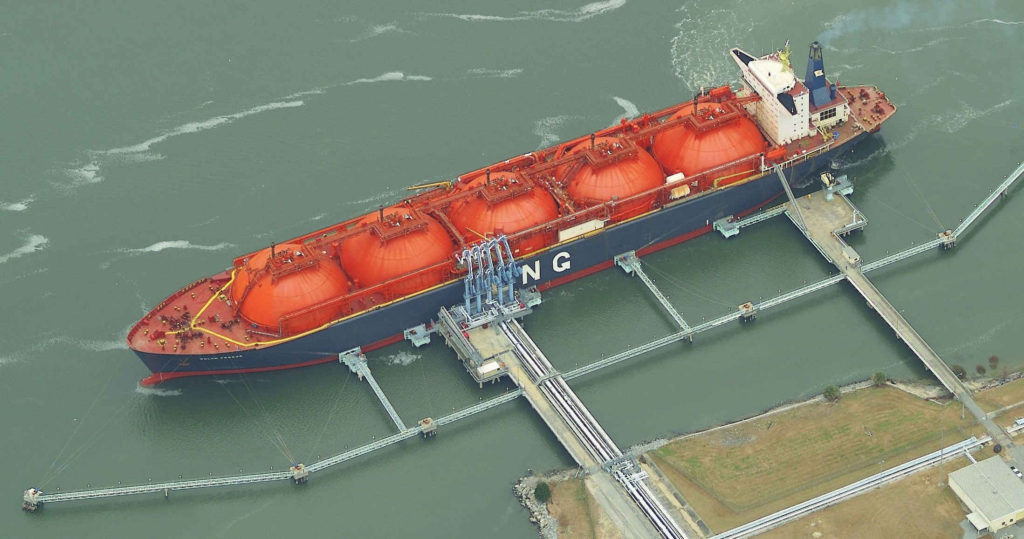 The largest energy deal made by Pakistan in recent times was the $20-billion LNG contract with Qatar, whereby Pakistan agreed to purchase 2.75 metric tons per annum (MPTA) of LNG at a price of 13.3 per cent of the prevailing price of a barrel of Brent Oil. The contract is for a period of 15 years, and became operational in April 2016 under a Long-term Sales Agreement (LSA).

Brent is a major international benchmark price for purchasing oil. Today the going spot price for LNG is around 10 per cent of Brent or 25 percent less than the contract rate. At current prices agreed with Qatar, and assuming the current spot rate of LNG in the international market remains almost constant till 2031, we will lose over $1million per day or $6 billion over a 15-year period.

Nearly eight months after the Qatar deal was signed, Pakistan inked another contract in January 2017 with Gunvor, for the supply of LNG, at 11 per cent of Brent — or at a 15 per cent lower price than the deal with Qatar. In a falling market, you do not commit to purchase a commodity at the prevailing price over a long period, yet the Nawaz Sharif government did just that. In this case, the glut in LNG supply is expected to remain till 2023, making the deal suspect.

The contract duration of 15 years is curious in any case, given the volatile nature of oil and LNG markets. Globally, around 30 per cent of all LNG contracts are of short or medium term, that is less than five years duration. Some countries, such as Brazil, rely entirely on the spot market. Also, given that LNG can never compete strategically with piped gas, a reasonable period for the contract would have been five years, so that the LNG agreement could be terminated without penalties and the supply switched to the cheaper piped gas once it became available.

In the international market, a massive increase in demand and price for LNG took place in 2010, following the earthquake in Japan and the resulting Fukushima Nuclear Power plant disaster. Japan, and to a lesser extent South Korea, decided to shut down their 40,000MW generating nuclear power stations and replaced them largely with gas-fired plants. Demand surged and due to limited supplies the price climbed to $18 per million British thermal units (MMBTU) or 15.5 per cent of Brent. Qatar, as the dominant supplier, gained significantly from this situation. Today Japan and South Korea purchase over 46 per cent of all exported LNG.

However, LNG prices started falling in 2015. In the first quarter of 2016, the Qataris would have been keen on signing a long-term deal, as Qatar’s position as a major exporter of LNG in the world market was being challenged by two developments. Firstly, there was an increase in the supply of LNG from the US Shale gas terminal, as well as from Australia. 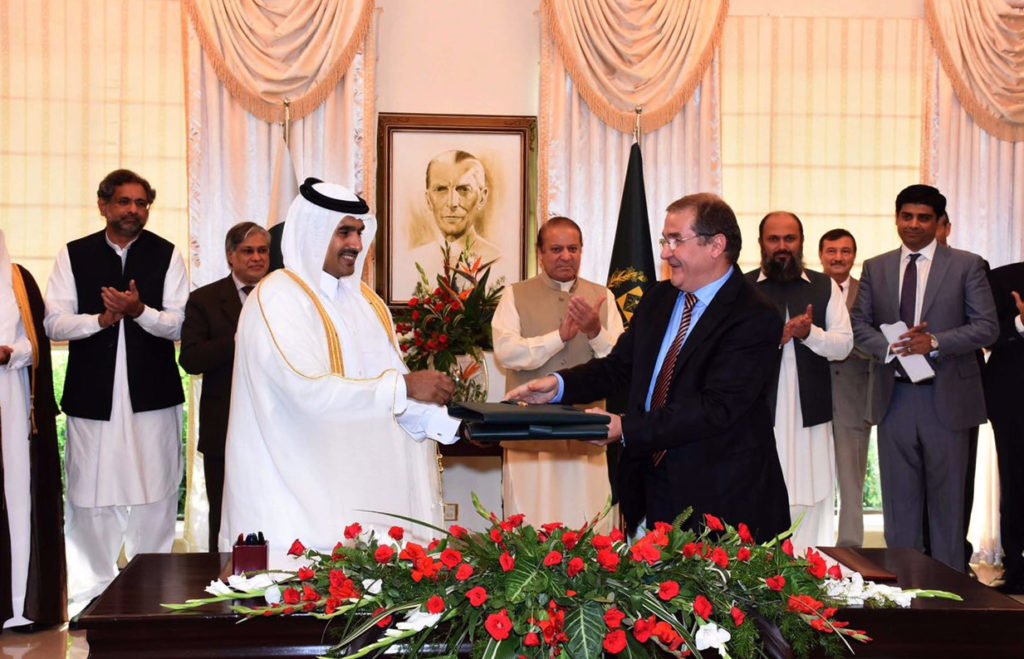 In Nov 2015, President Barack Obama lifted sanctions for the export of oil and gas from the US. Moreover, extra LNG shipments were to hit the global market from the Australia Gorgon basin and that is why future LNG spot prices fell to a 10-year low. By 2022, it is expected that Australia will overtake Qatar as the world’s largest LNG supplier. In 2017 alone, supplies from Australia and the US increased by 24 metric tons per annum (MTPA). Globally, LNG supplies have increased from 265MTPA in 2010 to 340MTPA in 2017 and are expected to touch 460MTPA by 2020.

Once Japan and South Korea restarted their nuclear power plants after implementing the required retrofitting safety improvements, their demand for LNG slowed down. Although demand for LNG in China and India was on the rise, it was at a slower pace, as falling prices of renewable energy, especially solar, adversely impacted the growth in demand. In March 2017, Tokyo Electric threatened Qatar with arbitration unless it agreed to a downward revision of the expensive LNG long-term sale agreements signed earlier.

Pakistan has based its agreement with Qatar on the basis of percentage of Brent, while other international price indexes, including Platts JKM, METI and Henry Hub have emerged that provide less expensive options. In 2005, over 80 per cent of long-term LNG deals were linked to Brent prices as an escalation benchmark, but currently less than 40 per cent are linked to Brent prices.

Alternatively, LNG can be priced at the spot price index; for instance, the Platts JKM index is priced in percentage of per MMBTU or spot LNG prices, also in $/MMBTU as announced by METI, the Japanese trade agency that publishes the monthly average rate at which Japan purchased LNG for that particular month. LNG shipped out of the US is priced on the basis of Henry Hub, a gas price index for US Shale gas; the price of LNG sold by Cheniere Energy from the Sabine Pass terminal will typically be a premium over the prevailing Henry Hub, plus a fixed amount to cover terminal and operators’ costs.

For LNG, the gas needs to be liquefied to minus 180 centigrade, shipped in specialised double-hulled vessels where losses due to boiling off occur in transit, and then re-gasified at expensive terminals, again incurring heat losses. All this costs an estimated $3.7 per MMBTU. Due to processing costs alone, LNG would still not be able to compete with piped Iranian gas, even if the gas itself were provided free of cost by Qatar. At present, after including all expenses, Qatar LNG is costing Pakistan around $8 per MMBTU in the pipeline. As the Q-Flex ships arriving from Qatar are not fully laden — due to shallow draft at Port Qasim — transportation costs are slightly higher.

After the Vienna agreement, Iran no longer remains a global pariah. It exports almost 300,000 barrels of oil per day to India and supplies gas to Turkey. Iran is making significant investments in its oil and gas sector. Its ability to export gas by pipeline to the west is limited by Gazprom, the Russian state-owned gas exporter, which already has a significant pipeline network to Europe. Moreover, building an LNG terminal is an expensive proposition and marketing an issue given the LNG glut. Therefore for Iran, exporting gas east is a viable option, especially if it reaches the huge markets of India and China.

Iran has already built the pipeline to its border with Pakistan, and Pakistan is building a pipeline from Karachi to Punjab. All that is additionally needed to bring Iranian gas to Pakistan is a 600-km section from the border to Nawabshah, an expense that would pay for itself in less than a year from savings. Alternatively, if the power station were to be built at Gwadar and power evacuated through a 5000 MW, High Voltage Direct Current line (HVDC) — as is the case from Matiari to Punjab for the Thar coal power plant — this would entirely obviate the need for a pipeline in the first place. Thus long-term Iranian gas is the best option as a fuel source for imported thermal energy. However, as a risk management provision, and given the volatility of Iran, the option for supplementing this with spot LNG purchases could be kept open.

The government’s claim that it has saved $1.5 billion due to LNG imports is questionable. Given that the quantity of furnace oil imports remains around 8m tons or $2.4 billion in value, it is not clear how this figure of $1.5 billion has been calculated because there is only an eight per cent difference in furnace oil and LNG fuel prices for the same technology.

Today Pakistan spends nearly $9 billion (Rs 960 billion) a year on import of petroleum products. Once the under-construction power plants become operational, the country will spend another $2 billion a year on import of LNG and $1 billion on import of coal. So almost 60 per cent of all our export revenues will be spent just importing energy, which will exert substantial pressure on our adverse trade balance and currency exchange risk.

Although Pakistan produced a record amount of power from May to July 2017, circular debt increased by an alarming Rs 110 billion, despite lower oil prices. Instead of unbridled expensive power, a better solution would focus on cheaper fuel options, preferably priced in rupees. 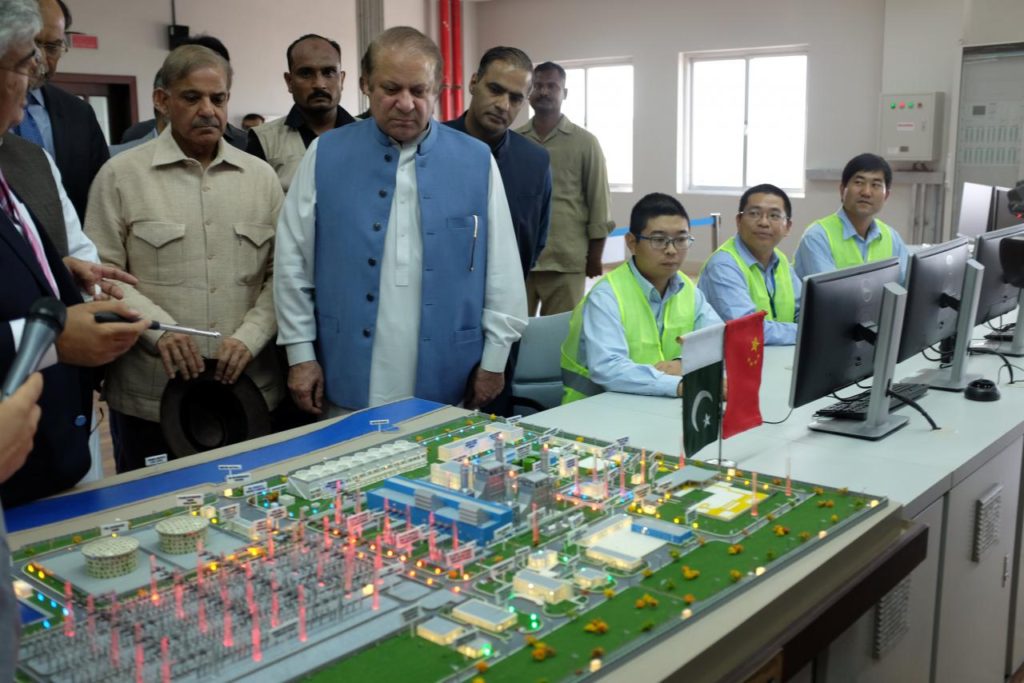 Since 1995, over 60 per cent of the fivefold increase in power tariff in rupees has been due to rupee depreciation, while 40 per cent is due to an increase in oil prices. The power subsidy will be higher in the winter months, due to reduced availability of cheap hydel power, and reduced tariffs. Higher tariffs are linked with higher consumption, and with less air conditioning in winter, tariffs decrease.

Undoubtedly, the power situation the PML-N government inherited was a ‘dog’s breakfast’ and subsequently the government tried its utmost to improve it. But focusing on LNG as a long-term solution is fundamentally flawed as an energy strategy, as it ignores the country’s natural advantages — namely access to cheap piped gas and the long-term opportunities due to falling prices of solar power. The Sharif government refused to learn a key lesson from Benazir Bhutto’s disastrous IPP policy, namely that regardless of what the World Bank may tell you, Pakistan can never achieve economic prosperity by relying mainly on expensive imported energy.

It would have been better for Pakistan to develop a holistic energy policy that took cognisance of supply constraints, price subsidies, line losses and institutional reform, reducing dependence on imported fuel and including options for increasing the share of renewable power, particularly our abundant potential for solar power.

In order to come clean on the LNG deal, the government must transparently publish all power contracts including the import of fuels, and explain its strategy and how it intends to revise it in view of recent technological and geopolitical developments.