“It shattered me when I heard that my baby had died in my womb,” says a sombre Muneera Khatoon, who works as a charwoman in different homes in Karachi’s residential areas. While sharing her heartache, she relates how she had felt some abdominal pain one night but paid no heed to it because she had one more month to go before her delivery. But by the morning, the intensity of the pain had increased so much that she had to be rushed to the hospital, only to learn that she had lost her baby.

There was nothing unique about Muneera’s case. According to research released by the leading medical journal Lancet, more than 2.6 million pregnancies end in stillbirth each year globally. That estimate is based on figures put out by the World Health Organisation (WHO), which defines stillbirth as a ‘lost pregnancy’ that occurs after 28 weeks of gestation or during the third trimester of pregnancy. The loss of a child prior to this period is classified as either a miscarriage or an abortion.

Countries with the highest stillbirth rates are ranked in the following order: India, Pakistan, Nigeria, China, Bangladesh, the Democratic Republic of Congo, Ethiopia, Indonesia, Afghanistan and Tanzania. In terms of listing, Pakistan ranks second in the world with a rate of 47 stillbirths per 1,000 pregnancies.

According to the report, 98% of the stillbirths occur in countries with low and middle-level incomes, the five major causes being childbirth complications, maternal infections in pregnancy (e.g. syphilis), maternal disorders, especially hypertension, maternal under-nutrition and fetal growth restriction, and congenital abnormalities.

Most of these complications can be averted if proper medical care is provided to mothers. However, in developing countries like Pakistan, medical care is a luxury few can afford. Dr Kaneez Fatima, the consultant gynaecologist at Ibn-e-Seena Hospital, Karachi, maintains the financial burden has broken the backbone of the poor. She says that while regular check-ups are essential for pregnant women, inflation and increasing poverty often make it difficult — if not impossible — for the economically disenfranchised to bear the expenses of such medical procedures.

Muneera Khatoon is one such example. “I did not have enough money to buy even the required medicines and supplements prescribed by the physician, let alone go for regular check-ups.” And while she says she does have three meals a day, these meals obviously do not provide the necessary nutrition to sustain a pregnancy to full term, which is why she lost her baby

Ifra Nawab, who works as a clinical nutritionist at Patel Hospital, echoes Dr Fatima and Muneera Khatoon, divulging how the financially disadvantaged suffer from malnutrition, which can adversely affect pregnancies, often with dire results. 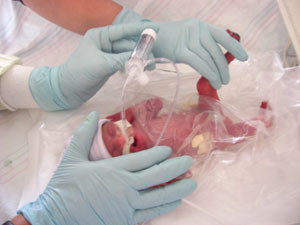 Dr Anjum Afshan, the consultant gynaecologist at Saifee Hospital and an assistant professor at Ziauddin Hospital, maintains that it is not only monetary reasons that can lead to stillbirths but also social reasons that result in gross negligence during pregnancy. She states that even in the 21st century, many educated women do not come for regular prenatal visits each month, thanks to old-world mothers-in-law who say that they bore children without the benefit of routine exams, and so their daughters-in-law should follow their example.

There are, of course, several other standard causes that can cause stillbirths. Among these are obesity, smoking, a higher maternal age (i.e., above 40) and multiple pregnancies.

According to Nawab, obesity in pregnant women is often due to an excessive intake of sodas and a lack of exercise. She contends that there are cost-effective ways to help pregnant women prevent stillbirths, among them the ingestion of protein-enriched foods, physical exercise and a balanced lifestyle.

Perhaps most important in a country like Pakistan, however, is an awareness-raising campaign about the possible pitfalls during pregnancy and the preventative measures one can adopt to ensure a healthy prenatal period for mothers, which in turn will ensure a normal delivery. Such a campaign can go a long way in saving the lives of unborn children, especially in cases where stillbirths are entirely preventable.