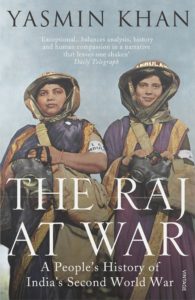 During the Second World War, the sun that never set on the British Empire started getting 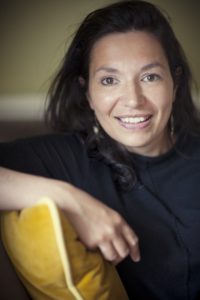 eclipsed by the rising sun of Imperial Japan and Nazi Germany. Close to five million military service personnel from Britain’s far-flung colonies enlisted for the war effort. More than half of these were from South Asia. Britain did not fight the Second World War — the British Empire did.

In The Raj at War: A People’s History of India’s Second World War, Yasmin Khan shines a light on this crucial but forgotten aspect of the war’s history. But this is a people’s history where not only the accounts of the soldiers of the Raj are brought to light, but also the marginalised voices of Indian service women; labourers — including the menial labourers in the Royal Navy; and Indian business magnates among the other groups that came to the rescue of not only their homeland, India, but the many other colonies of the British Empire.

At the outset of the war, India was considered a safe refuge away from the theatres of war in continental Europe, North Africa and the Pacific. But all that changed with the lightning advance of the Imperial Japanese army as it swept Asia and with it the British colonies of Hong Kong, Singapore and Burma, after which it pointed its bayonets at the subcontinent.

Even as streams of Indian refugees made their way back to India, developing a consensus on the looming threat proved to be difficult. When the British colonial government unilaterally declared war on Japan, it left the political classes atomised. Incensed at not being consulted before the Raj declared war, the Indian National Congress refused to lend their support to the war effort. To quell dissent, the Congress leadership, including Gandhi and Nehru, were dragged into prison. Jinnah and, at that time, the fledgling Muslim League filled the vacuum left by their absence, and became a formidable political force in these intervening years. The change in the political balance of power during the war years had a huge bearing in the final years leading up to independence.

Meanwhile, many sub-sets of India’s social classes sprang up from the incredible diversity that constitutes the Indian nation, coming to the aid of the Crown. India’s capitalist class lent their full support to the British colonial government, and won many lucrative contracts in the process. Rajas of the many princely states that dotted the subcontinent also led the charge in the service of the Union Jack. Preservation of existing privileges was doubtless one of the aims of the self-interested moneyed elites and the landed aristocracy. And the book also contains accounts of a whole slew of less privileged social and economic classes whose wartime contributions were indispensable to Empire.

The Women Auxiliary Corps of India, raised in 1942, served many multiple roles, including anti-aircraft detection, parachute inspection, radio mechanics and as intelligence officers. The lascars (merchant seamen recruited from eastern India into the Military Pioneer Corps) manned the ships of the Royal Navy in waters across the globe, 6,600 of them losing their lives during the war.

Additionally, an entire parallel army of manual labourers across India were involved in numerous infrastructure projects: in the construction of aerodromes, the construction of existing and new port cities such as Vishakhapatnam, and the manufacture of “rifles and bayonets, machine guns and ammunition, artillery and shells, tractors and plating for armoured vehicles, anti-tank ammunition, boots, blankets, uniforms, camouflage and sandbags.” The most fascinating account narrated in the book is of the construction of the Ledo Road — an alternate supply route from Japanese-held Burma that snaked through the harsh jungle terrain of India, China and Burma. At the time of conception, many questioned the sanity of such an impossible endeavour. The completed Ledo road project stood as a testament to the tenacity and determination of the Indian labourer, alongside his armed compatriots. The role of the African American GIs stationed in India is also highlighted in the construction of the project.

Indian combatants proved to be a force to be reckoned with in the multiple frontlines spanning Africa, Europe and Asia, but it was Imphal at the Indian — Burmese border where their true mettle was tested. This was the decisive battle that stemmed the advance of the Japanese forces, with the aftermath proving to be disastrous for the Imperial Army. According to accounts, “The Japanese 15th Army suffered 53,000 in dead and the missing, while the British (including the Indian army) sustained 12,500 casualties at Imphal and another 4,000 casualties at Kohme. Stinking and bloated corpses literally littered the ground.” This battle shattered any Japanese hopes of further expansion into Asia and set the stage for their eventual defeat in the war.

The British had defeated Japan, but were soon to lose India. The war proved to be the catalyst for independence for various reasons: the Bengal Famine in 1943 would swallow, by some estimates, close to four million lives due to the negligence of the British colonial authorities. As a starving populace begged for crumbs, produce grown on Indian lands was being whisked off on railways to ports, from where it was shipped out to feed British regiments across the world. This cruelty at the hands of the colonial masters wasn’t forgotten as India emerged from the fog of war.

Secondly, an emboldened Congress emerged from their confinement with a hardened resolve to wrest independence from the British at any cost, but they also had to contend with the Muslim League which was now an equal force in Indian power politics. The British policy of Divide Et Impera (Divide and Rule) found its fullest expression in the crucible of World War Two. The communal divisions the British fostered — if not created – for their own wartime expediency, played a huge part in the violent upheaval of Partition.

Despite the Second World War’s detrimental impact on independence, the legacy of Indian sacrifices was swiftly forgotten as the war came to an end. The British were busy basking in the glory of their momentous triumph; the Congress led by Nehru and Gandhi made little of it since they were marginal players in the war, and the Muslim League was singularly focused on breaking out from the yoke of the Congress in its bid for a separate homeland.

Above all, it was the two million demobilised Indian soldiers returning to their homes that made the departure of the British from India imminent. Three ex-soldiers from Bose’s Indian National Army — a Sikh, a Hindu and a Muslim — were tried for treason by the British government. The public and the political classes rallied to their support in a flurry of nationalist sentiment. Adding to the woes of the British was a nationwide mutiny by 20,000 members of the Royal Indian Navy clamouring for better working conditions. Some historians, including Shashi Tharoor, assert that it was the threat of a mass scale mutiny at the hands of disgruntled Indian soldiers (more than political movements) that compelled Britain to expedite Independence.

It is a huge disservice to a towering legacy that so little is made of the extraordinary valour of the Indian soldiers who, at that time, constituted the largest conscripted army in the world, a pillar upon which the prestige of the British Empire rested.

The Raj At War unearths a forgotten epoch, not just in the subcontinent’s history, but also in the greatest conflict of our age — the Second World War. It is the story of the forgotten Indian legions that fell through the cracks in the grand narratives of history. Their story needs to be told, their acts of bravery must be acknowledged. In this respect Yasmin Khan hasn’t just written a highly readable book, but also made an important scholarly contribution to the subcontinental, as well as global history.