By Zubeida Mustafa | Published 5 years ago 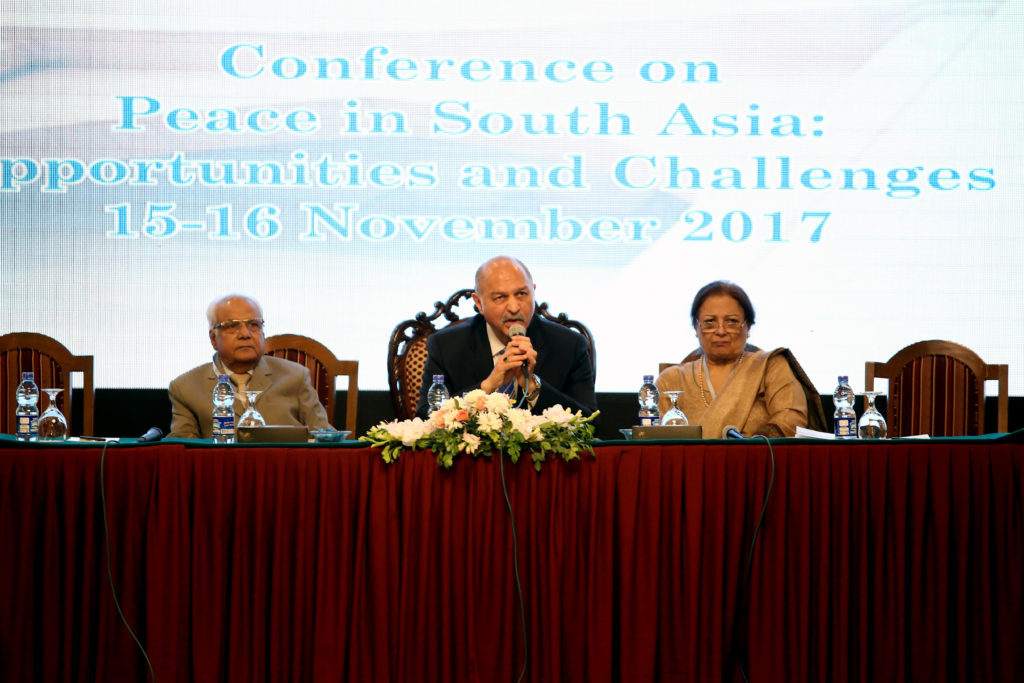 Pakistan was 70 in 2017, and there were many, apart from the midnight’s children, who also celebrated their seventieth anniversary. One of the outstanding institutions was the Pakistan Institute of International Affairs (PIIA) which was set up in Delhi in 1936 and was moved to Pakistan in 1947.

The PIIA is an autonomous body which describes itself as an independent think tank. Its quarterly journal, Pakistan Horizon, has an uninterrupted publication record of seven decades, though delays at times kept readers waiting impatiently. Its history has also witnessed ups and downs — there being a period when the government took it over and installed a retired army general with a not too savoury record in East Pakistan to act as the administrator. It goes to the credit of what we call ‘civil society’ in retrieving the institution after a court case.

Wth the PIIA’s record of reasonably independent research, quite unlike the Islamabad think tanks which serve as institutions to reinforce the government’s policies, I expected a healthy discourse on our foreign policy at the conference on peace in South Asia organised on this occasion. However, I returned home with a strong sense of let-down   after listening to the keynote address by Senator Mushahid Hussain Sayed, formerly my co-professional. By simply reiterating “the Establishment’s” point of view, as the first questioner from the audience put it, the senator tried to convince us that all was well with Pakistan. According to him, it had emerged as the pivot on which world geopolitics revolved, as the founding father had predicted in 1947. 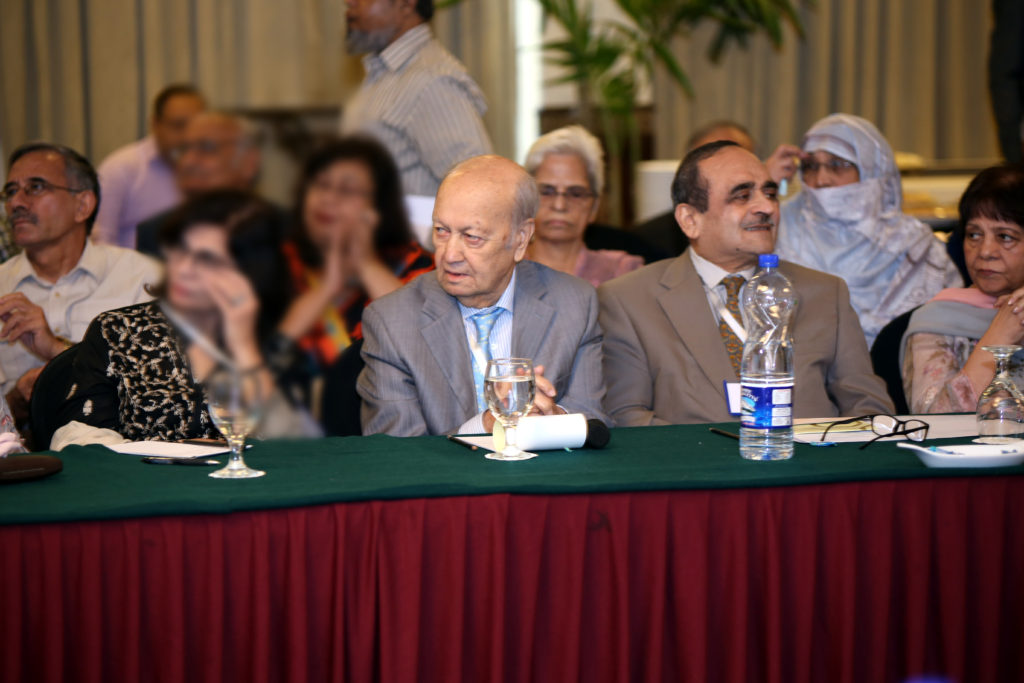 The senator forgot to mention that the pivot has to be strong if it is to take the load successfully and not collapse under the stress it is inevitably required to take. Rahimullah Yusufzai, who mercifully continues to be a journalist and benefits us with his insightful analysis, put it very succinctly when he asked his former editor from his days at The Muslim, why he didn’t touch upon the foreign policy mistakes Pakistan had made so that they are not repeated. Having become a politician, Mushahid deflected the very valid point made by Mr. Yusufzai by sidetracking it.

Having said this, I should point out that Mushahid Hussain made an excellent analysis of the international situation in South Asia, which has created a new dynamic in the region that has spawned the “opportunities and challenges for peace” that were under discussion at the conference. He was spot-on when he pointed out the changes that have come about in world politics which have placed Pakistan at the centre-stage of present-day developments. Thus there is the shift in the centre of global power from the West to the East, as the US is on the decline while China is emerging as the new force for which the One Belt One Road (OBOR) will play a key role. There is the evolution of a new South Asia extending from Kazakhstan to Myanmar and held together by regionalism created by geopolitics, the drive for economic cooperation and the compulsion to solve their problems, especially those posed by climate change and the population explosion, collectively.

There have been complicating factors too that have hindered the peacemaking process in the region. Take for instance the nuclearisation of India and Pakistan and the intensification of the cold war between them. As for human development, even if others in the region do not join hands for a collective effort, Pakistan has lagged behind in improving the life of its people. Poverty is today a major issue in the region.

These are some of the challenges that have to be faced if peace has to come to South Asia. But it was the Establishment’s voice that found expression when Senator Mushahid spoke approvingly of our nuclear bomb which, according to him, has infused confidence in us. He appeared to uphold our role in the Afghan war that we fought on behalf of the US — and as a consequence of which Pakistan played host to three million Afghan refugees. Mushahid Hussain also described our media as free — an exaggeration — because we now have over 100 independent privately owned channels. But the numbers don’t guarantee them their freedom. 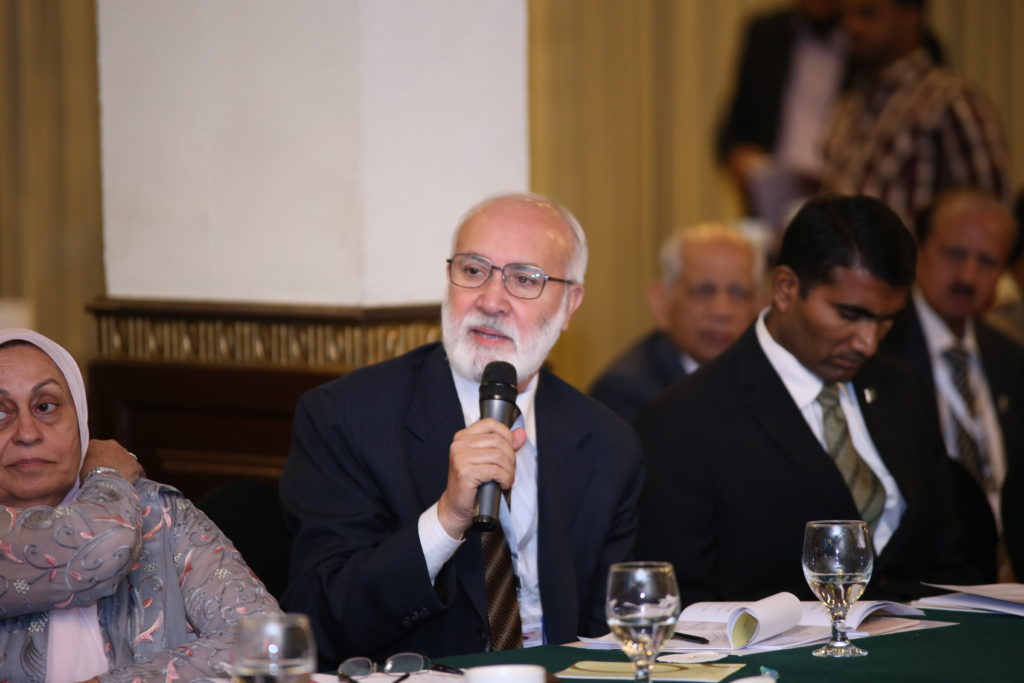 Who doesn’t know about the dangers we now face on account of our nuclear bomb and the morass we have plunged ourselves into by getting involved in Afghanistan, especially when it was the US which started the war by infiltrating guerrillas across the Durand line at least six months before the Soviet tanks rolled into Kabul in December 1979.

It is strange that Senator Mushahid failed to acknowledge that a country should be economically powerful, politically stable and socially integrated if it really wants to be a force to be reckoned with in the region, Focusing too much on being a security state is not really helping.

Mr Yusufzai was right when he suggested to his former boss that the people should be told about the mistakes we have made if we want to learn from history. Unfortunately we shy away from that and insist on sticking to some of our irrational policies, especially vis-Ã -vis India. True, Narendra Modi’s government in Delhi has not been too helpful. But what about us? Haven’t our self-created “strategic assets” robbed us of our initiative in the peace process with India? It takes two to tango.

Some of the speakers who followed in the next sessions were the redeeming features of the conference. Theirs was not just a pep talk to please the audience, but contained serious warnings about the dangers that lie ahead.