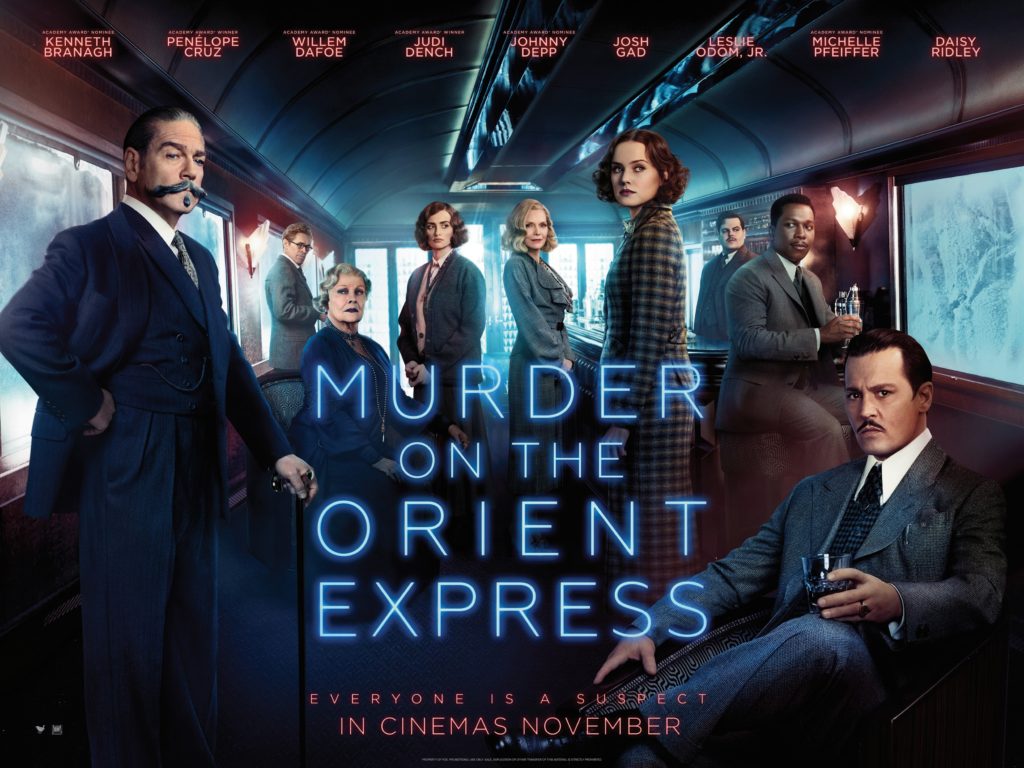 Hopes were high for Kenneth Branagh’s remake of the 1934 Agatha Christie detective story, Murder on the Orient Express, a classic whodunnit with a slow-burning fuse. Old souls may have seen it as a potential respite from the swarm of predictable, action-packed, special effects-dependent blockbusters churned out year after year by the Hollywood juggernaut. With a star-studded ensemble, the film seemed unsinkable — like the Titanic.

Yet expectations came crashing down.

It becomes clear within the first few minutes of the film, that it caters to an ‘insta-generation,’ which seeks instant gratification and expects every detail to be spoon-fed to them. As a result, the sense of mystery and suspense, which is best built up gradually, through atmosphere and by provoking the audience to conjecture by doing a bit of their own exploring and investigating, is lacking. Some viewers may recall with fondness the old-school made-for-television and film depictions of Agatha Christie novels and how their mastery of delivering the thrill was nothing short of a treat.

No treat guaranteed in the case of this production, I’m afraid.

Classic detective stories and murder mysteries relish exotic locations, details of which which add to the flavour of the story. These provide scenic settings for a plot that must, at certain points, move slowly, for its own good. Not in Kenneth Branagh’s film. While grand vistas are displayed in their glory — the Bosphorus in Istanbul and an avalanche in a snow-capped mountain range in the Balkans — they fail to create an impact and look manufactured.

The passenger train itself could have been a novelty and source of enchantment for the viewer. The scenes in which passengers are boarding the Orient Express for their ill-fated journey, could have been memorable — but that is asking too much of this film. Instead, our eyes are strained by a moving shot from the outside of the train, looking in through the limited visibility windows can offer. It has a rushed and clumsy feel about it, symbolic of the film as a whole.

The cast of heavyweights are deprived of the opportunity to do justice to their roles. Judi Dench was well suited to steal the show as Russian Princess Dragomiroff, but she barely receives any air time and her dialogue lacks originality and quirkiness. Johnny Depp is unconvincing as the crude business tycoon and gangster Edward Pratchett and does little other than constantly have a repulsed expression on his face.

Branagh has cast himself as legendary Belgian detective Hercule Poirot and does not bring to the role the required eccentricity and unpredictability. Instead, he indulges in cheesy, pseudo-intellectual dialogue on the concept of justice. Poirot’s signature one-line revelations, that otherwise unclothe characters and reveal their most well-guarded secrets, are cringeworthy at best.

While characterisation was never among Christie’s strengths, the whole purpose of the remake is to bring one’s own element to the table, attempting to improve on past depictions. Christie’s plotlines were almost always set in the world of the upper classes — a theme that would have made for some interesting exploration in the film.

A few directors come to mind as candidates who could have done a far better job with this production. One is Roman Polanski, based on his mystery-ridden The Ninth Gate (1999); another is Steven Speilberg, based on his direction in The Adventures of Tintin: Secret of the Unicorn (2011); and yet another is Quentin Tarantino, based on his direction of the first half of The Hateful Eight (2015). As things currently stand, there have been two murders committed on the Orient Express: that of a passenger, and that of the whodunnit genre.