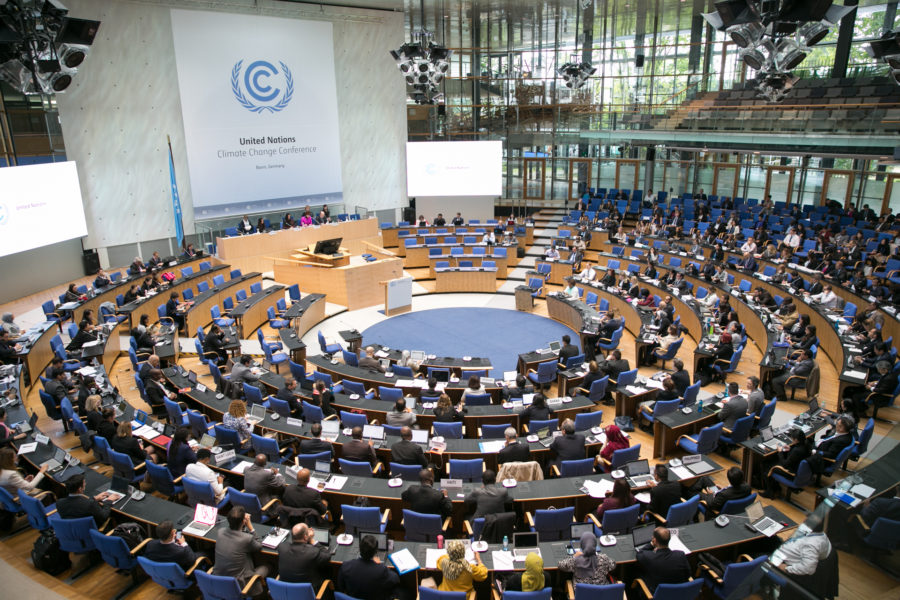 Known once as one of the most polluted states in the world, China took centre stage in the climate talks, steering this year’s United Nations Climate Change Conference (UNCCC) in the absence of the United States. The 23rd annual UNCCC, also called the 23rd session of the ‘Conference of Parties’ (COP 23), was held from November 6 -17, with delegates from over 196 countries. With China spearheading, and Taiwan sending its own representative delegation, it was initially unclear whether this year’s UNCCC would further the momentum from the Paris Climate Change Agreement, or whether a clash in Cross-Strait relations would slow it down. However, it was clear from the opening in the German city of Bonn, that all attending states, businesses and civil societies, were in agreement on the need to work together for the mitigation of climate change.

As in previous COP meetings, numerous actors came together to implement their respective proposals and policies. With the resounding loss of funding and backing from the United States – one of the world’s biggest emitters – a discernible gap in the climate action initiatives was expected. However, despite the absence of the US administration, there was a sizable representation from the US as American state governments, businesses and diplomats attended COP 23 and affirmed their support for climate change initiatives. More good news followed: the French president, Emmanuel Macron, pledged to replace the US funding.

The two-week COP 23 formulated clear aims for governments’ efforts towards coordination of climate change action in more resourceful and innovative ways. Pakistan followed suit, pledging its commitment to the Paris accord. It is among only a handful of countries to institute its own federal climate change ministry, and pledge to dedicate eight per cent of its budget to climate change mitigation. Pakistan, as one of the countries to be hardest hit by the disasters wrought by climate change, is clear in its policy support for climate action and sustainability ventures: all that is needed is the executive will to implement.

Fiji retained hold of the Presidency for the Convention despite being unable to host it due to lack of resources. Climate change is an existential threat to the small island of Fiji – a reminder of the very real peril that can occur.

Frank Bainimarama, the Fijian Prime Minister, hosted the very first official event for human rights within the climate change talks, and led the conference through to the end, where the following protocols were agreed upon: strategies for gender equality, indigenous people’s rights, and the launch of a new system for people in developing countries to get insurance against the effects of climate change. Noting the little that can, and must, be done to keep the world temperature increase below 2 degrees Celsius (3.6 degrees Fahrenheit), environmental groups were satisfied with the progress made in the talks, despite divergent views on the phasing out of the use of coal.

The reality of climate change is still an ever-present debate in spite of the many environmental action initiatives, and the extensive research linking it to steep costs incurred from natural disasters. Climate models are now more accurate than ever, detailing general trends like extreme weather patterns increasing the probability of weather-related natural disasters, and – observable in Pakistan itself – an increase in high temperatures, resulting in frequently occurring and much longer heatwaves, over the past few years.

Though most key players stand decisive in the battle to combat the fallout from climate change, one hopes that this fight does not become a victim of power play between major emitters, since it is these countries that have the potential to change the world and ensure a sustainable future – or not.