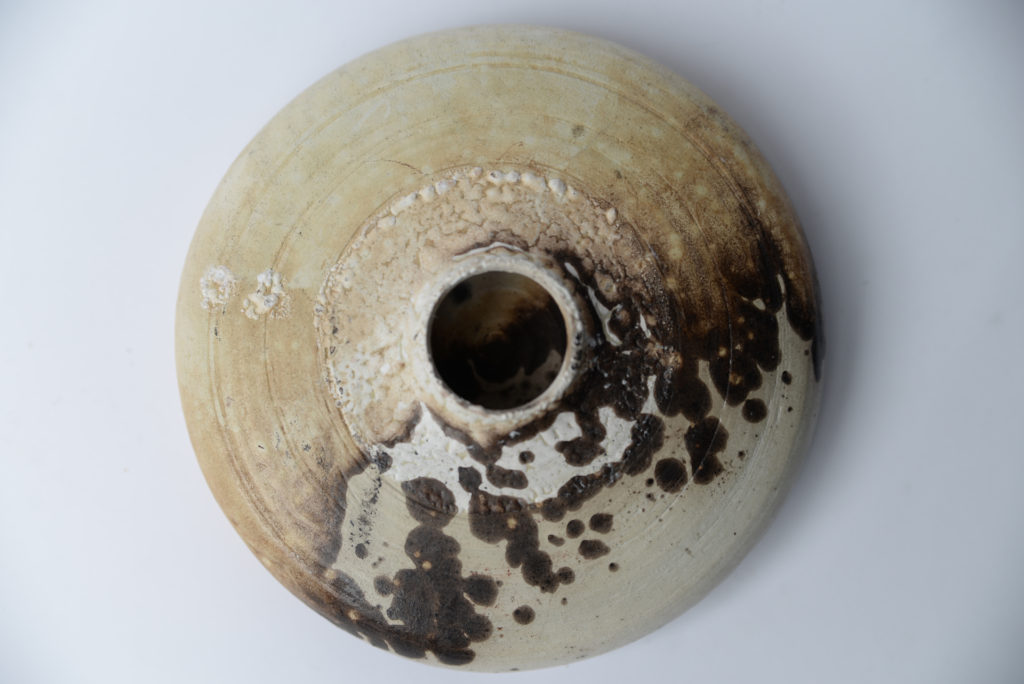 Molten rock heated at over 700 centigrade is spewed out by volcanoes as lava. These are the minimum temperatures Nabahat Lotia works with in her gas-fired kiln in order to create ceramics in the Obvara technique.

Her recent show at Koel gallery titled Oh Obvara! showcased a large variety of pieces that spoke of her skill and enthusiasm at experimenting with this technique. Nabahat has discovered Obvara firing quite late in her evolution as a ceramist, and she believes her exhibition demonstrates the use of this method for the first time in Pakistan.

Nabahat Lotia is self-taught in the technique of Obvara firing. The ceramics on display range from freestanding sculptures mounted on metal stands to wall mounts and tiny plates and bowls. She speaks of the physical challenges she confronts — especially with the larger pieces — as the process requires swift removal of the crafted object, from one medium to the next, with tongs. She often has to stand on a stool to gain proper purchase and has singed herself many times in the course of production. 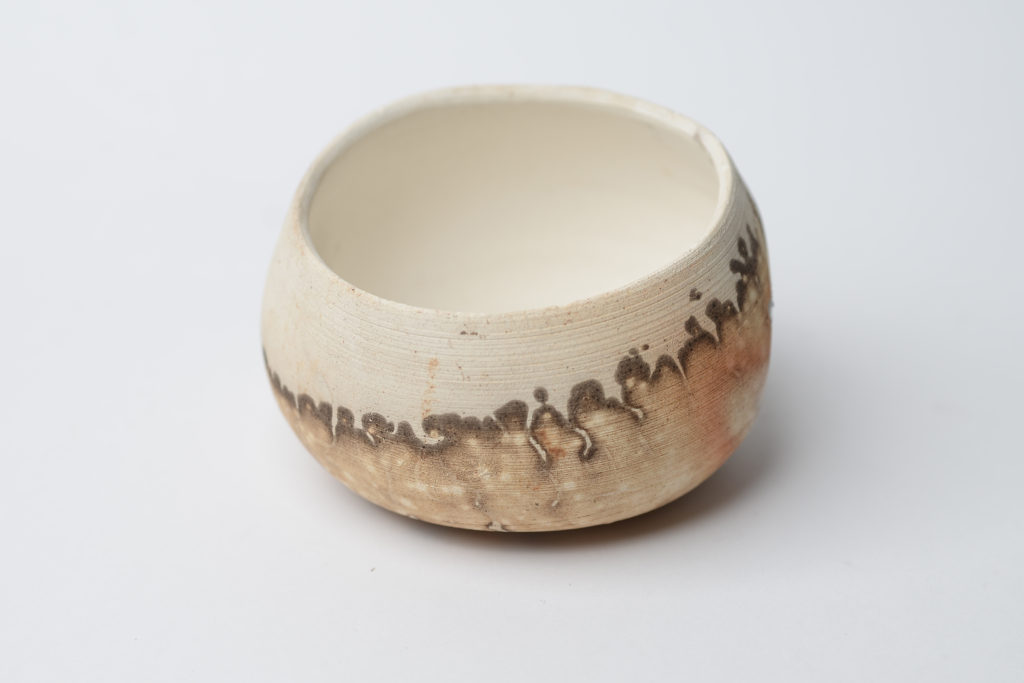 The Obvara technique of firing clay supposedly originated in the Belarus region in the medieval period. It was used in village kilns to create non-porous vessels for domestic use. Now, this technique is practiced as an ornamental art form.

It involves creating a very smooth ceramic surface and then sealing it by firing. The freshly fired object is removed from the kiln and immediately immersed into a liquid coating made of sugar, yeast, flour and water. This is followed by shock-cooling in water. The coating mixture burns off the surface leaving irregular and quite unpredictable patterns.

Coloured glazes are not applied to pottery that is subjected to Obvara firing. The coloration is an organic reaction to the dynamics of temperature changes, and the shading varies from white to black with many shades of sepia and brown.

The pattern formation recalls waves, ferns, lichen, etc. In fact, there is strong fractal geometry to the shapes that emerge from the process. Their irregular and non-linear geometries bring to mind the shape of coastlines, cloud clusters, rivers and mountains.

Many studies have shown that scenes of nature’s aesthetics have an ameliorating effect on a person’s autonomic system’s response to stress. The austerity of color, combined with the reflective responses induced by Obvara firing, make the viewing of these ceramics a very meditative experience.

Nabahat Lotia is fully cognisant of this effect. A slide show of images forms a part of the exhibition. It shows paired slides of ceramic pieces with corresponding images from nature which are mirrored in the patterning on the ceramic. The mind reads prototypes of recognisable forms into the patterns on the ceramic surface. 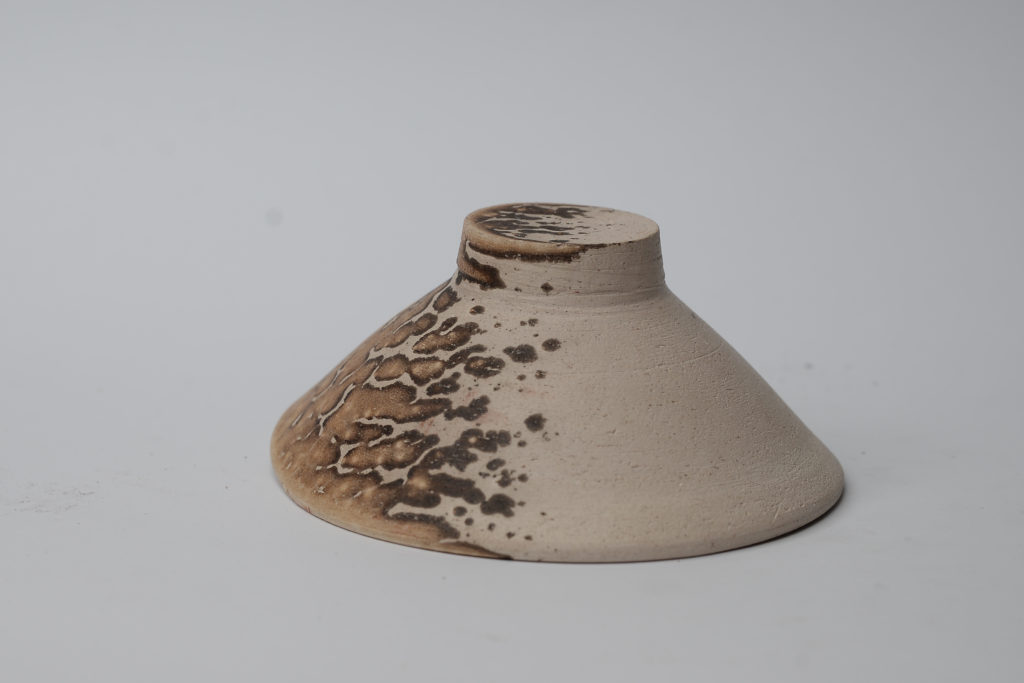 Given the unpredictable nature of the Obvara process, there are nonetheless techniques that show the skill of the ceramist. The immersion time in the coating, the natural colour of clay, and of course, the ceramic object shaped by the potter’s hand, indicate a degree of control. The yeast mixture recipe also influences the effect according to the degree of fermentation and added ingredients such as milk and oil. The ceramist is working in partnership with random forces of chemistry to achieve a finished piece.

Nabahat Lotia celebrates randomness in her craft. One of her upright sculptures is imprinted with cat’s paws. The cat clambered on the piece which had not yet been fired, and was therefore quite malleable. Instead of filling the indentation, Nabahat opted to keep it as a touch of whimsy (and her love of cats).

Unpredictability surrounds us. Surprises emerge from forces of chaos. We map our desire for coherence onto chaos in order to create intelligibility. This process is exemplified in the Obvara technique. This is one reason it is enjoying resurgence with potters. It is a celebration of serendipity.