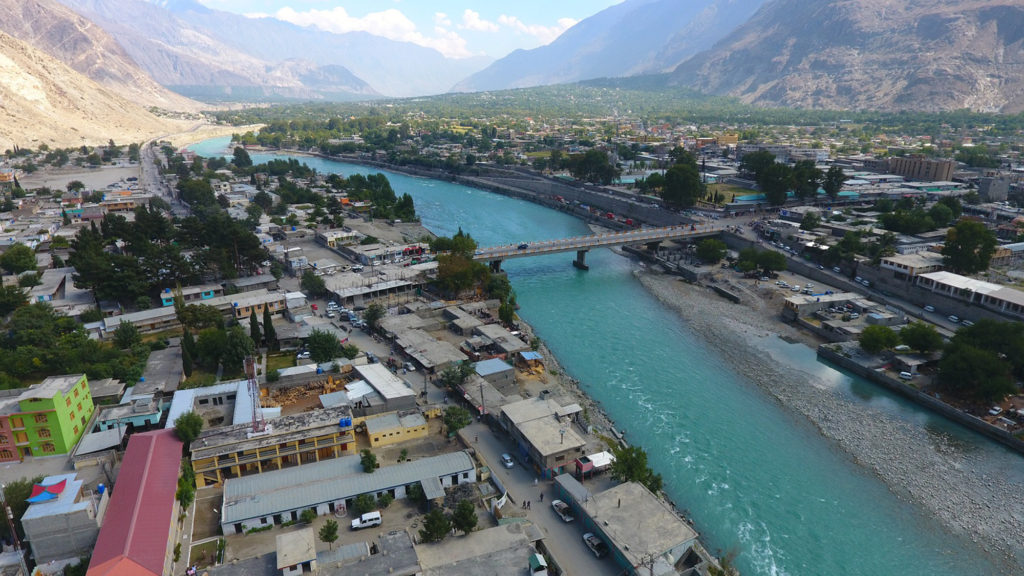 Driving through Gilgit’s Jaglote Bazar, Mohammad Asif soon arrives at the spot he had heard so much about throughout his childhood. ‘The Junction Point,’ as it is now referred to, is where the three mightiest mountain ranges — the Karakoram, the Hindu Kush and the Himalayas — converge. It lies 40 kilometres south-east of Gilgit, on the Karakoram Highway (KKH).

“Wow!” exclaims Asif, as he walks up a small structure built to provide a glimpse of the view. “It is just incredible! Amazing!” Having driven all the way from Lahore to experience this moment, he says “I never thought that I would be here one day.”

Asif understands that the ground he stands on has shaped not only the surrounding mountainous region, but the subcontinent as a whole.

But the Junction is not the only attraction in a region where tourism is the mainstay of the local economy, and with which hundreds of local families are directly or indirectly associated. There are many other spots that lure tourists into the region. 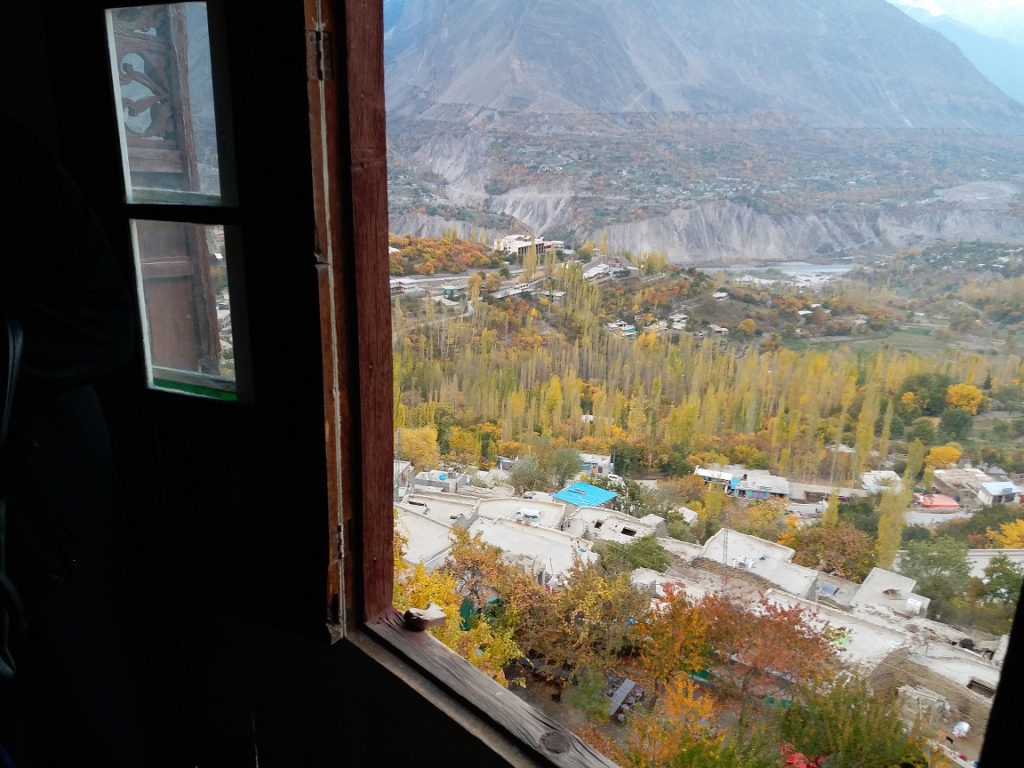 View from the Baltit Fort, Hunza.

Gilgit-Baltistan (GB) is home to some of the world’s highest mountain ranges. The main ranges are the Karakoram and the Western Himalayas. The Pamirs, meanwhile, lie to the north and the Hindu Kush, to the west. Among the highest mountains here are K2 and Nanga Parbat — some of the most feared summits in the world.

Many of the highest peaks in Gilgit-Baltistan, such as Baltoro Muztagh, K2, the Gasherbrums and Masherbrum, lie in Skardu District. Other peaks are Distaghil Sar, Kunyang Chhish, Batura Sar, Kanjut Sar and Rakaposhi.

But tourism suffered a fatal blow in 2013, when about a dozen heavily-armed militants executed 10 foreign climbers and their local guide, at the base of Nanga Parbat. It was one of the worst acts of violence to strike the international climbing community. The attack proved a major blow to foreign trekking expeditions, which were the last vestige of international tourism in a country riddled with militancy.

Following the assault, the region saw a shift from foreign to domestic tourism. This led to the opening of the short yet scenic Kaghan-Chilas road via Babusar Pass.

“By the grace of God, we have had a few good seasons lately,” says Sajid Iqbal, the owner of a guesthouse in Gilgit. “It is due to an improvement in the law and order situation, and we hope this continues in the years to come.”

To maintain the influx of tourists as well as to facilitate them, the district administration set up tent villages in Gilgit and other parts of the region. In Hunza valley, hotels were at full capacity throughout the season, forcing some tourists to camp under the open sky. 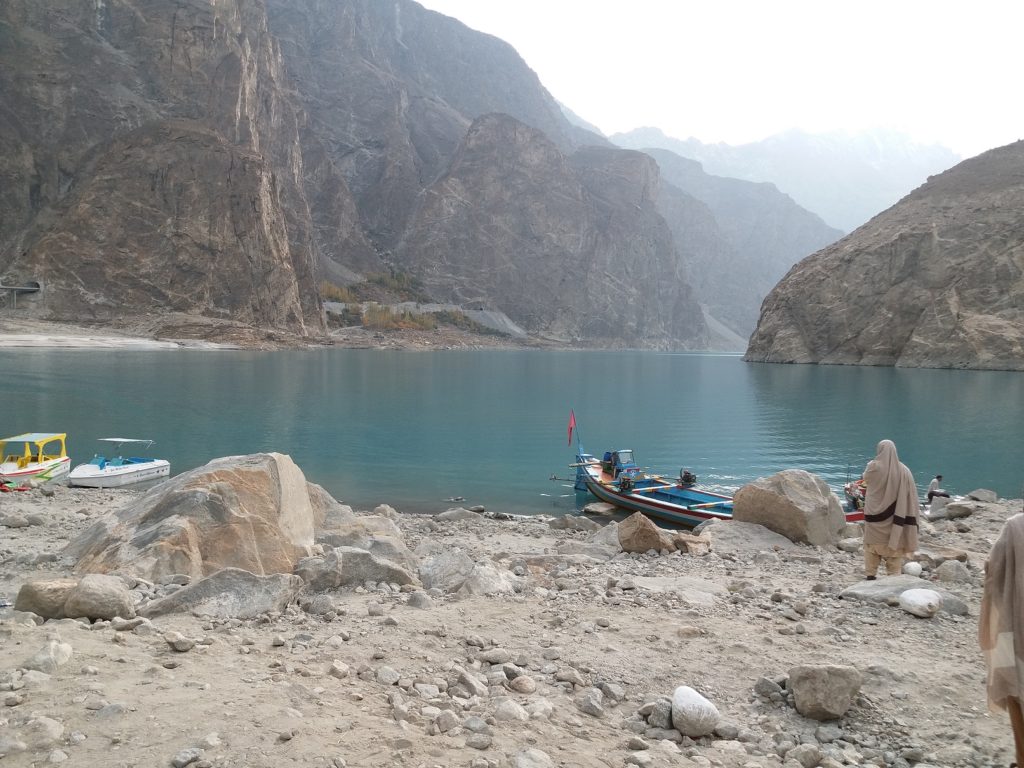 Attabad Lake, 120 kms from Gilgit, was formed in the wake of landslides.

According to the GB government, more than one million tourists visited the region this year. Although there were a good number of foreigners, the majority were domestic tourists who flocked to Gilgit and the rest of the valley from May onwards, enjoying the natural beauty. “Besides the peaceful situation, our government has taken some concrete steps to ensure that tourists visit this beautiful region,” said Chief Minister Hafiz Hafeezur Rehman, who has been in government for two-and-a half years.

To promote tourism, Sarfa Ranga, a cold desert jeep rally, was organised for first time in GB, in August 2017. About 72 jeep drivers and 20 motorcyclists participated. Surrounded by snow-capped mountains, Sarfa Ranga is one of the highest cold deserts, located in Shigar district, some 20 kilometres from Skardu.

In addition to the annual Shandur polo festival, played between the Chitral and GB polo teams in the world’s highest polo ground, the government sponsored other polo tournaments in Astore valley and Gilgit city, providing tourists with a chance to enjoy the traditional sport of this region.