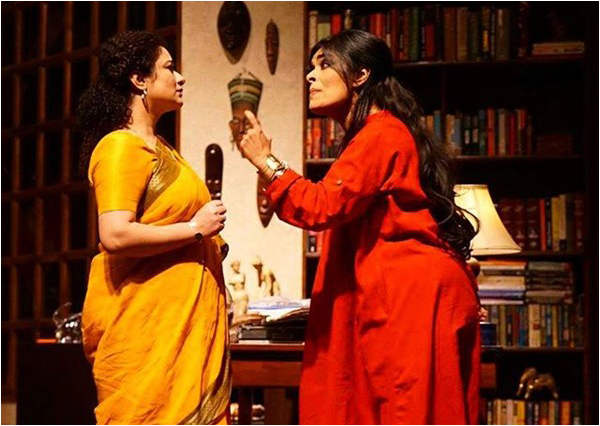 The play’s opening day saw the actors’ fraternity out in full strength, and many well-known younger stars as well as highly respected veterans were seen waiting patiently in line for the theatre doors to open.

The show started a full half hour late, and the audience was getting a little restive before the lights finally dimmed and a hush fell over the theatre.

The entire play takes place in one room, in the remote mountain home of a highly successful but reclusive writer, played by Nimra Bucha. Arrogant and eccentric, she has always flouted convention and lives life on her own terms. Rather uncharacteristically, however, she has agreed to grant an interview to a journalist, played by Sania Saeed.

Nimra’s character is flamboyant and aggressive while Sania appears more conventional and unremarkable. Yet as the evening progresses, it becomes clear that nothing is quite as it seems. Both women have ulterior motives for wanting to meet with each other, and as the timid but persistent journalist continues to probe the self-assured writer, cataclysmic truths are revealed.

Directed by Kanwal Khoosat and written by Rabia Qadir and Seemal Numan, this is an all-woman production, but there is nothing feminist about it as the entire storyline hinges on a man both women are in love with. And, as it turns out, a man who has betrayed them both. Rather, it is a story of love and loss and finding new perspectives and meaning.

Both Nimra Bucha and Sania Saeed delivered strong performances. Nimra’s character was the more colourful one and she dominated the stage with her energetic body language and pithy delivery. Sania, perhaps, had the harder role, playing a more unassuming yet inherently strong individual without being overshadowed by her co-star. 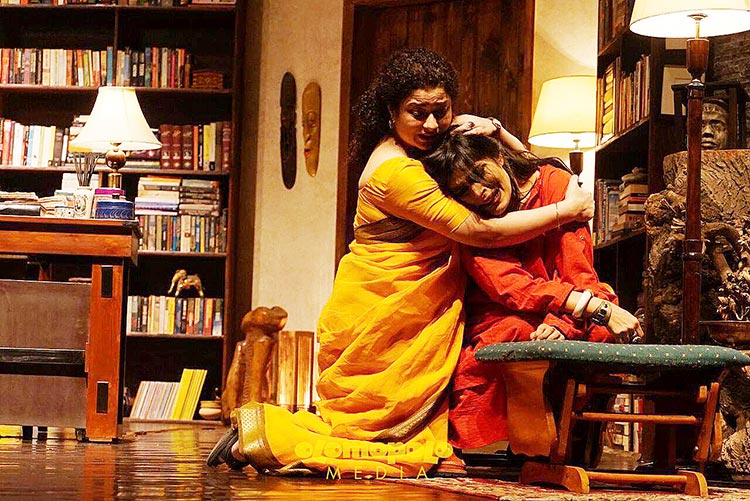 Although one couldn’t fault the integrity with which both actors tackled their roles, the chemistry between them seemed lacking. This was disappointing in a play bringing two powerhouse performers on stage. Moreover, the storyline, which while original enough, tended to be a tad predictable. Also a crisper script with more nuance would have elevated the play to another level.

More problematically, the pacing of the action seemed uneven, with the first half dragging and so much unfolding towards the end that it would take anyone much more time to process than the play allowed for. The lack of chemistry also became a problem because of the twist the play takes in its denouement.

On the plus side, the overall production quality was excellent, of a level seldom seen in our stage plays. The set was designed with extreme attention to detail and since all the action takes place in one room, this added greatly to the authenticity. Effects like a heavy downpour were very well executed, except that at one point the sound almost drowned out the actors’ voices, a glitch that may have been addressed on subsequent days.

A display of very sensuous photographs of the two actresses was displayed outside the theatre, but none of this sensuousness was evident onstage. It’s almost as if the writer wanted to let the play take a certain turn but held back.

All that aside, Mushk almost got it right, and the evening was well worth it.