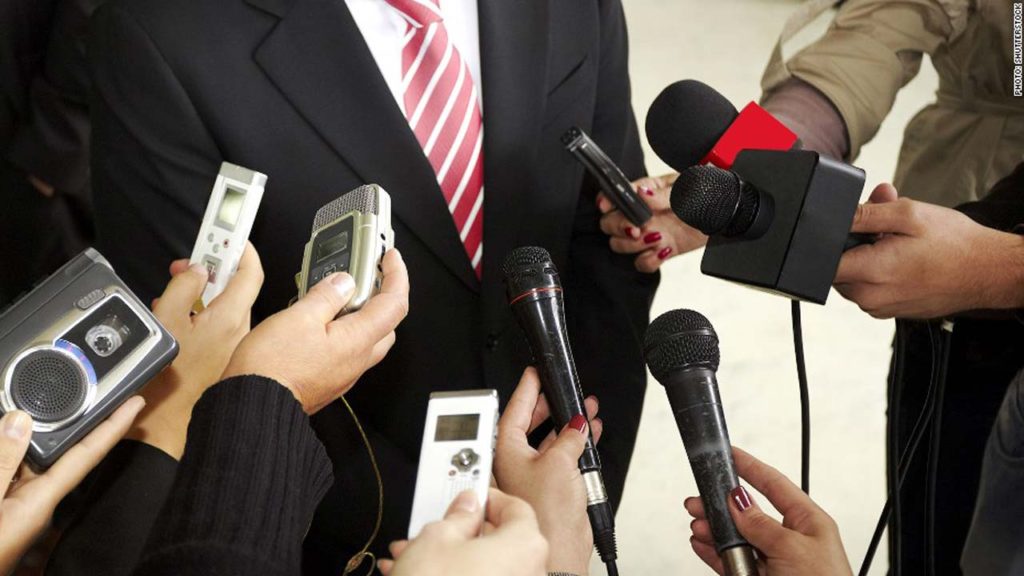 There is a vicious food chain in journalism, starting with the reporter and ending with the publisher. From the point that a reporter goes out to do a story, to where it’s printed in a newspaper, magazine or website, there are numerous steps involved.

The first one is simple. The reporter is either assigned a story, or in most cases, decides that a story is worth pursuing, and out he or she goes, in search of all the facts. During this phase, the reporter is faced with a most pressing question: will this story get me killed? Unfortunately in Pakistan, there are numerous subjects which could end up costing the reporter dearly. Terrorism and religion top the list. For the former, if the reporter is working on a story that either the establishment denies, like drone strikes, or is actively working to discredit, like its ties with certain groups, the reporter thinks many times before going ahead. The same is the case with religion. Here, if the story talks about say, the blasphemy law, or defends, or is seen to defend Shias and Ahmadis, it’s asking for trouble. What about uncovering, let’s say, a corruption scandal involving some leading religious leaders? Again, bad idea.

In most cases, reporters let the story be, and look elsewhere, for more benign stories. And thankfully, our political lot is more than happy to oblige.

But some reporters are braver than others. And they choose to go the whole nine yards with their investigations and soon have a bombshell of a story ready. But there is a major hurdle in their way. The editor. This is a hurdle that has gotten me many times in the past, but like the character Roy McAvoy in the film Tin Cup, I keep hitting the same shot, in the hope that it will reach its destination. Many years ago, I spoke to one of the leading prime-time TV anchors, who also happens to write in the country’s leading newspaper: “You know so much, yet your columns and shows are full of watered-down facts and obfuscation,” I said, in equal parts accusation and disappointment. “I want to stay alive,” he answered. “That way I can keep at it, slowly putting the truth out to those who can read between the lines.”

Farah Zia, the editor of The News on Sunday, adds another dimension.

She’s quick to add that “self-censorship will happen where there is a chance of censorship in the first place,” and that this has increased because reporters are (mostly) on their own now. “The editor used to be the buffer to protect/defend the reporter from the management (and any other influencers),” she says. “Where there were once professional editors, now they have been replaced by proprietors acting as editors, and in the absence of this buffer, the reporters do a lot more self-censorship today than before.”

However, she admits that magazines, such as the one she heads, do tend to get away with a lot more than would a daily newspaper, because within the organisation’s structure, “they are considered soft — so an English language magazine has twin advantages, language and being the soft part.” 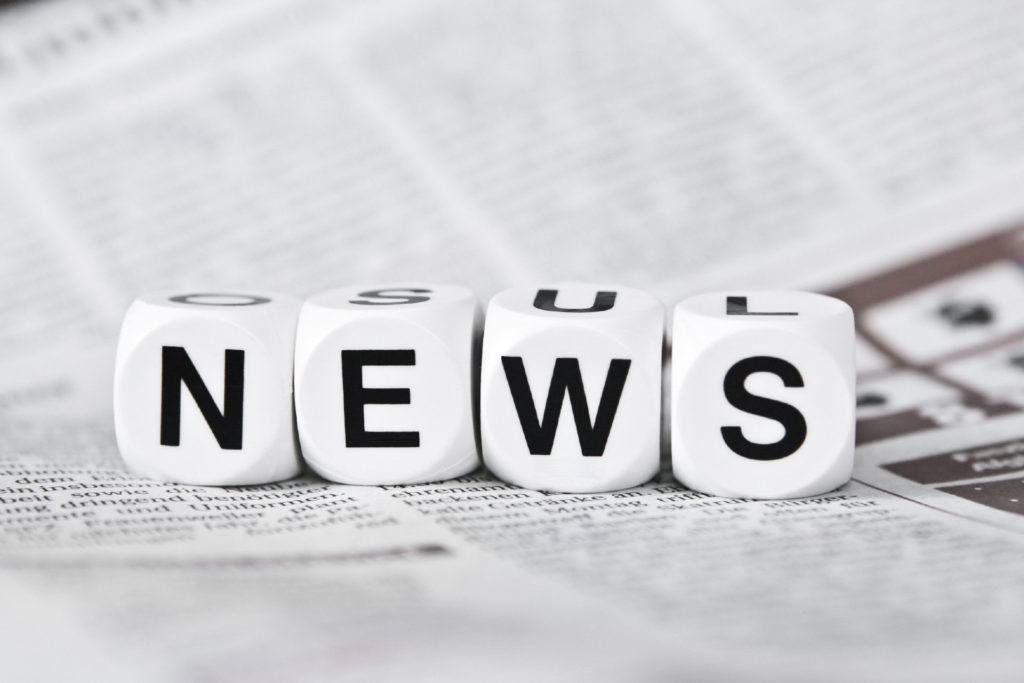 Nusrat Javeed is a veteran reporter who now hosts a popular current affairs talk show and writes an Urdu column for one of the country’s leading dailies. He believes that the levels of self-censorship in the press have varied depending on the politics and government of the time. “In the ’70s, because there were already government restrictions on the media, there was little self-censorship,” he says. “However, since the advent of television, and because of the race for ratings and reach, self-censorship has increased.”

Javeed also disagrees with the notion that there are varying standards for censorship between the English and the Urdu press: “There is an assumption that English newspapers (in Pakistan) are more liberal and progressive, but this is a myth.”

Hasan Nisar is another heavyweight in Pakistani journalism, both on television and in the Urdu press. He believes that the difference in standards of journalism in Urdu and English are also different because of the reader. “The Urdu reader is largely irrational, and easily provoked,” he says. Not only that, “even the writers are not that intellectually advanced — hence the standards are different.”

Nisar is of the opinion that we (Pakistan) are a society in the making, that there are many “sacred cows” and “many myths which, if challenged, would lead to chaos.” He agrees that while it is the responsibility of the press to challenge these myths, it must not do so in a manner in which it hurts itself. Instead, he feels that it is a gradual process, and that some form of parity will be found over time.

Lastly, Nisar feels that to analyse the relationship between the press and politicians would be unfair because “instead of politics we have prostitution and all our politicians are cowboys and fortune hunters.”

“To be on the right side of the ruling elite has its benefits,” he says. “And barriers for those who are not.” The politicians play a carrot-and-stick game with the press, and the latter obliges to a large degree.

All these differing views are from within the profession at large. How do people on the outside, see it?

Shahzad Ahmed, is the director of Bytes for all, a digital advocacy group in Islamabad, and someone who has closely monitored the slide of freedom in the press over the last decade. “The media has created and strengthened numerous no-go areas for itself,” he says. “They’ve done it with religious and sexual minorities.”

Ahmed feels that political censorship is the biggest problem. “Where is the Baloch narrative?” he asks. “And issues of governance. Take Karachi for example, the land grabbing, garbage, etc. These issues didn’t just crop up in a year or two, they’ve been there for ages, but we rarely hear of them — if ever.”

At the core of this censorship, Ahmed feels, are the financial interests of media groups. Coupled of course, with the fear that touching certain topics would risk the ire of the security establishment. His stance runs counter to a widespread belief that it is the security establishment which has created these no-go areas for the press. “If this censorship has been imposed on the groups, why hasn’t anyone ever said exactly that, that our hand is being forced?” he asks again.

Ahmed believes that by turning a blind eye to certain subjects, the media is helping strengthen the other side’s narrative. Citing the example of the dharna in Islamabad, which received little or no space in the mainstream press in the initial days, he feels that it was the lack of coverage that helped in creating sympathy for those who disrupted the day-to-day lives of millions of people in the city. “They could have covered the dharna objectively, with facts and figures, instead they chose to look away.”

With all these important subjects left aside, Ahmed feels, “all we are left with, are the minute and meaningless details of the day-to-day going-ons of Pakistani politics.” So much space is taken up in the paper and on TV by this, that there’s no space left for other matters.”

Is this not censorship, in a rather creative form?

Taimoor Khan, cameraman, Samaa TV. Shot dead in February 2017 while covering the aftermath of an attack on a police vehicle in Karachi.

Shot dead while riding his motorcycle in the Tank district of KP.

Ayub Khattak, reporter, Karak Times. Shot dead outside his home in Karak, KP. He had recently published a story on the sale of illegal drugs and a local gang of drug-peddlers.

Saqib Khan, photographer, Ummat. Died from injuries sustained in a bomb explosion that occured 30 minutes after another blast outside a hospital in Karachi.

Razzaq Gul, reporter, Express News, secretary of the press club of Turbat, and member of the Baloch National Movement. His body was found one day after he was abducted from his home in Kech district, Balochistan, with several bullet wounds and marks which indicated he had been tortured as well.

Mukarram Khan Aatif, reporter, Voice of America Pashto service. Shot dead by two gunmen at a mosque in Shabqadar, north of Peshawar. The Taliban took responsibility for the killing, saying that Aatif had been warned a number of times to stop anti-Taliban reporting.

And then there were the attempted assassinations, many of them close calls, exemplified best perhaps by the targeted shooting of senior political analyst and GEO anchor, Hamid Mir.