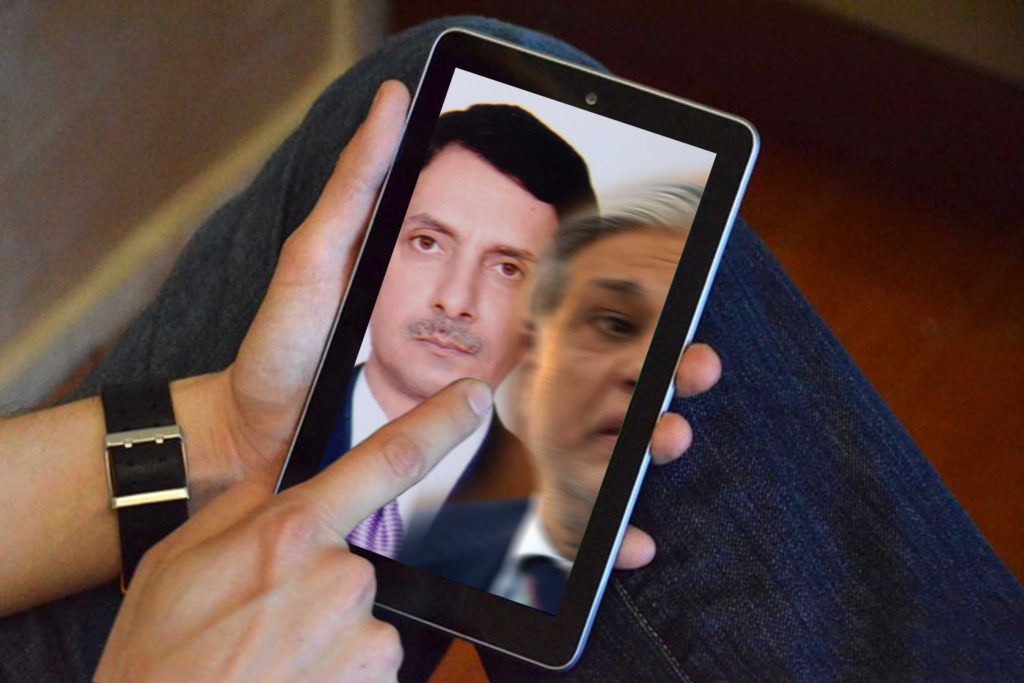 “The PM has been pleased to allow leave of absence to Ishaq Dar with immediate effect in terms of Sub-section (1) of Section 17 of the Federal Ministers and Ministers of State, (Salaries, Allowances and Privileges) Act of 1975,” read a Cabinet Division notification.

The reshuffle comes as senior leaders of the ruling Pakistan Muslim League-Nawaz (PML-N), including Ishaq Dar, battle graft cases in accountability courts. The National Accountability Bureau (NAB) has asked for Dar’s name to be placed on the Exit Control List (ECL), while the accountability court hearing the case against him has ordered a formal declaration of Dar as an absconder for continuing to remain absent from court hearings.

At the time of Dar’s departure in November 2017, the annual current account deficit stood at $12.1 billion as compared to $4.86 billion 12 months prior to that. The export-import deficit has climbed to over $5 billion.

An IMF review of the ongoing regime says that “policy implementation has weakened and macroeconomic vulnerabilities have begun to re-emerge; fiscal consolidation slowed, the current account deficit widened, and foreign exchange reserves declined.”

As Dar embarks on his three-month leave, sources within the finance ministry say that while his future remains uncertain, so does that of his close aides.

A former minister with whom Dar has worked for years, says that the situation at the finance ministry comes as no surprise.

“Dar does nothing, it’s the secretaries who do everything. All the finance minister does is write ‘seen’ on files that he hasn’t actually seen — that’s what’s responsible for the economic mess,” he says.

“Dar is a banker, an accountant — can an accountant run a state’s finance ministry? The accountant is an expert in juggling figures. When their government was sacked in 1999, the IMF penalised us for misreporting the financial situation — and who was in-charge then? The same man who calls himself ‘Mr Clean.’”

The minister adds that the struggles under Dar are a direct result of introducing policies that he was clueless about.

“The current reserves are around $19 billion. Of these, $12-13 billion are government reserves, while the rest are private. That’s the public’s money, and that’s what he has been eyeing throughout his budgetary and taxation policies. This is not to mention that $8-9 billion of those [government reserves] have come from the IMF. So what exactly has the government done?”

The minister adds that Dar is implementing every policy of the Pervez Musharraf regime that he used to criticise. “In fact, he is taking it up a few notches higher. This is Ishaq Dar for you,” he says.

Former caretaker finance minister Salman Shah says Dar’s replacement is needed urgently. “The PM himself must be taking the day-to-day decisions now, but things cannot function this way in the long run,” he says. “In addition to a new finance minister, there needs to be a new finance secretary. And this should have happened a long time ago.”

Shah warns that the future could be even more disastrous if strong decisions are not taken soon. “Pakistan’s economy is facing severe headwinds and the confusion in the finance ministry is clearly jeopardising our ability to deal with that,” continues Shah. “We need to make the right choices at the right moments — and that cannot be done without a functional finance minister.

“The finance ministry cannot function on remote control. It affects every aspect of life in Pakistan — every department, every institution. Even the private sector is affected by the Ministry of Finance. So you need a full-time finance minister, who is hands-on and takes the day-to-day decisions. The prime minister’s plate is already full. The lack of a finance minister could be deadly for Pakistan’s economy,” he says.

Sakib Sherani, former Economic Advisor to the government, says that at a time when Pakistan is facing financial difficulties, the economy needs an experienced and steady hand in the finance ministry. “Not just that, we’re looking for financing in the international capital markets,” he says. “That requires investors to know who’s running the show in Pakistan, what economic plans are in place to navigate the short-term challenges with regards to growing the economy, all of which determine how the investors are going to get their money back. The economic uncertainty is being compounded by the absence of a finance minister.”

Sherani maintains, however, that there’s a silver lining as well. “Dar was running the economy into the ground, despite what the PML-N says. He was overtaxing Pakistan’s productive business sectors. It was because of him that investors were sitting on the sidelines. So, if the PML-N can replace him with someone who’s more competent and knows how to expand the economy, rather than tax it, Pakistan will be better off without Mr Dar.”

Sherani further believes that while de jure the finance ministry may have gone to the prime minister, it is being run de facto by Miftah Ismail, the Special Assistant to the PM on Economic Affairs.

Salman Shah says that the ruling party should start putting national interests over their own. “They are probably thinking that by replacing Dar they will become weak,” he says. “This weakness could connote struggle in the court cases that they are fighting, or perhaps they are worried that if a new person takes charge, facts that they do not want to reveal may surface.”