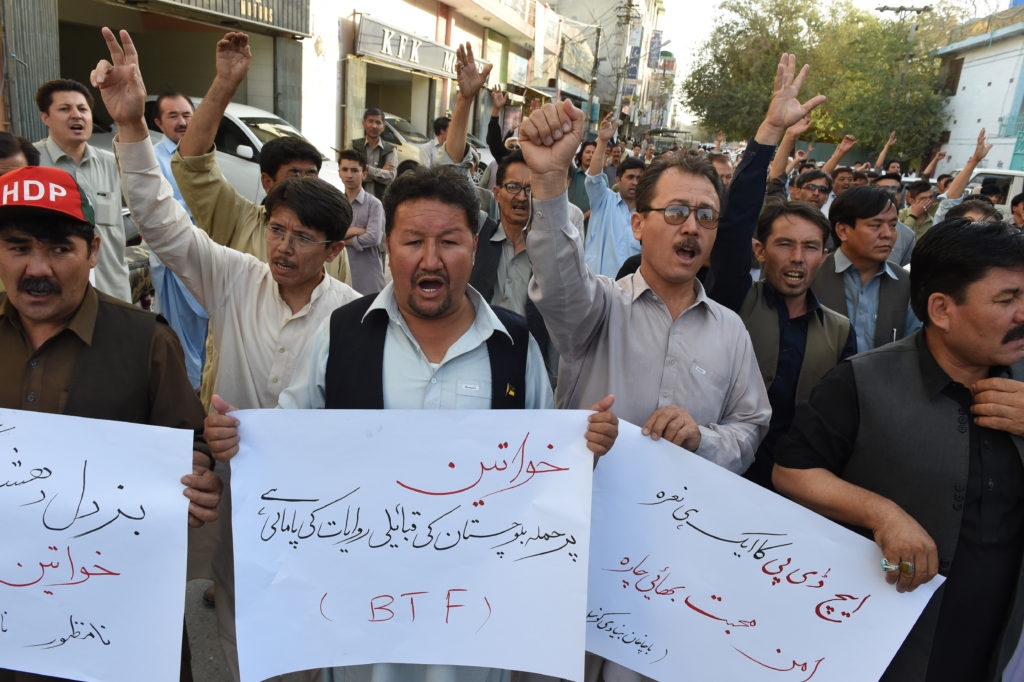 The Hazaras’ tribulations in Quetta started in earnest in 1999, with an attempt on the life of former Balochistan MPA Sardar Nisar, a member of the community. Since then, there has been an unending wave of killings of Hazara Shias, and while this is now an entire community in trauma, the murders have affected the Hazara youth most profoundly.

The Hazaras of Quetta remain confined to an area of barely three square kilometres, which though cordoned off by the Frontier Corps, does little to allay the fears prevalent in the community. Balochistan is the most educationally challenged of Pakistan’s provinces, but many Hazaras seek an education. In the atmosphere of terror that prevails, however, this goal is becoming more inaccessible each day.

Masuma Samad, a student of Bio-Tech at the Balochistan University of Information Technology, Engineering and Management Sciences (BUITEMS) was injured in an attack on the university bus, in June 2012. Luckily, she survived, but could not continue her studies in the same university, transferring instead to the National Defence University (NDU) in Islamabad. According to Samad, of the 120 Hazara students in the university at the time, about 80 left the university after the attack. Some of these shifted to universities outside Quetta, while others opted to migrate, legally and illegally, to Europe and Australia. There were also those who quit their studies and are now idle.

Zeba Ali, who majored in Ecology at BUITEMS from 2010 to 2011, and now lives in Norway (where she completed her Masters in Ecology), recalls that during her time in the university, there were around 25 Hazara students, most of whom were female. In those days, she says, while members of her community were at risk, only males would be targeted. When her brother studied at BUITEMS in 2004, she says the number of Hazaras was much greater — and there were many more males than females from the community on campus.

The Hazara situation has been precarious for several years. On June 15, 2013, a bus at Sardar Bahadur Khan Women’s University was attacked, recalls Samina, a student at the institution. Sixteen students were killed and many injured. None of the victims were Hazaras. Nonetheless, after the incident, Hazara students were forbidden from travelling on the university bus on the grounds that they were endangering the lives of other students, she says.

Ahmed, a student at NDU, says that around 70 Hazara students are granted scholarships from the Higher Education Commission to study in colleges and universities in Pakistan each year, and approximately 20 are furnished grants to proceed to educational institutions abroad. The rest, forced by the situation to study outside Quetta in other cities of Pakistan, are supported by their families.

According to various community leaders, 70,000 Hazaras have migrated to different parts of the world since 1999. Lacking university qualifications, most of them can only find hard labour jobs to support themselves. Ali Raza, who lives in Australia, says that those Hazaras who migrated in the 1990s have a better life than those who migrated recently.

Ewaz, who left Quetta for Denmark in 2007, meanwhile, says that living there is far better, as jobs are not hard to find. Furthermore, those keen to pursue higher education find ready government support. He says his friends, who were his contemporaries in school in Quetta and then migrated, have, like him, found good white-collar jobs with handsome salary packages. Even more important, he says, they now feel safe.