By Ammara Ahmad | Published 4 years ago 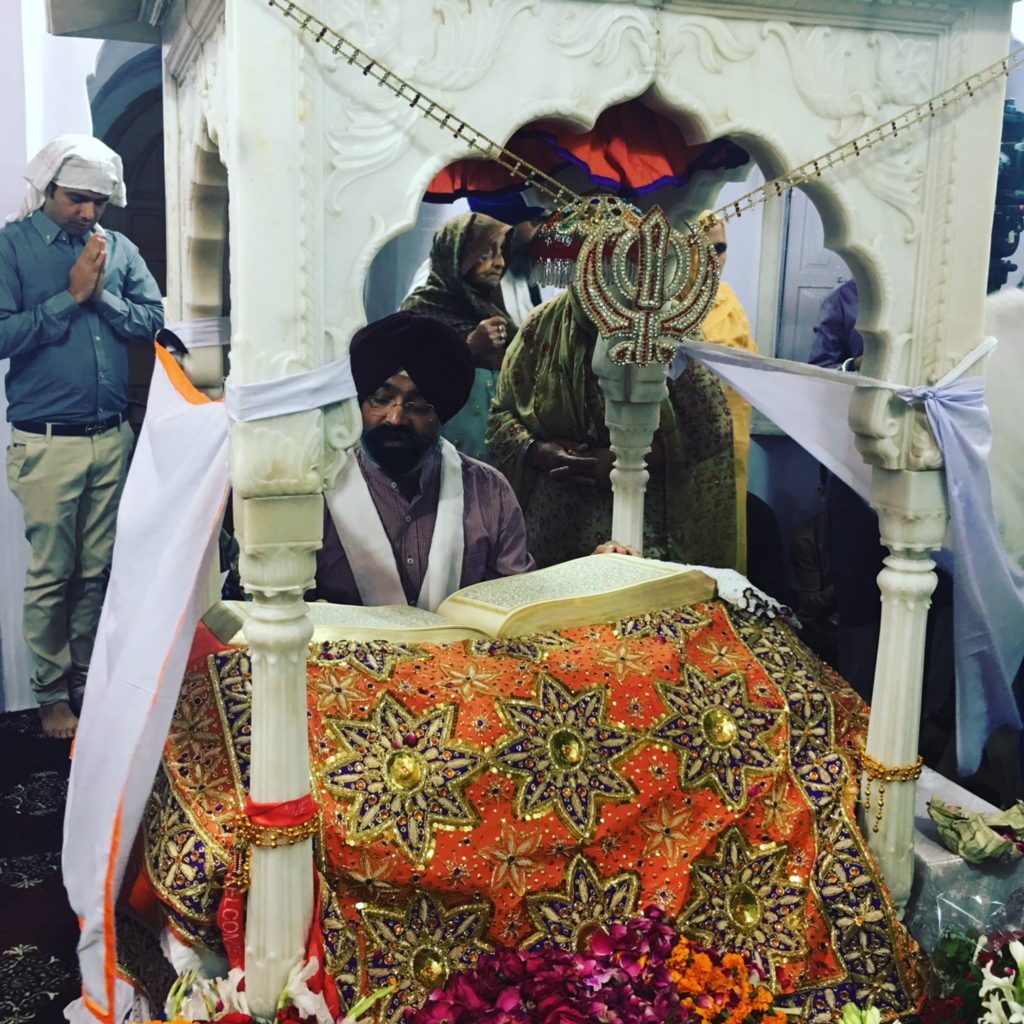 Guru Nanak’s birth anniversary was like a trip to Pakistan’s syncretic past. I reached Nankana Sahib, or more precisely, Gurdwara Janam Asthan in Punjab, on a chilly November that was greyer than usual — thanks to the uncontrolled smog in the region. I was at the Gurdwara Nankana Sahib for the birth anniversary of Guru Nanak Dev Ji, founder of Sikhism. 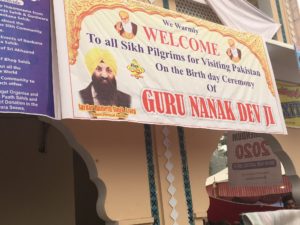 We entered the main building of the gurdwara barefoot, after handing over our slippers to a caretaker in exchange for a coupon. Reaching the building had taken an hour due to the security barricades along the way, lengthy lines at scanners, and the long line of worshippers outside the lotus-like white gurdwara that was said to have been established by Ranjit Singh. On the left side of the courtyard tents had been set up, where politicians and office bearers of different Sikh organisations were giving speeches. There was a tiny pond of water to wash the feet before entering the building. A long line of believers was already waiting to bow to the Guru Granth Sahab (the sacred book of the Sikhs) placed in a room in the middle of the courtyard.

I sneaked in from the exit door to click photos. People were bowing to the Guru Granth, wrapped in an orange embroidered cloth and being recited quietly by a man. In front of it was a space to contribute money for the upkeep of the temple. This charity and community service in the form of ‘sewa’ (service) ensures that the gurdwaras are mostly self-sufficient.

In the courtyard was a tree and in the backyard of the gurdwara was a well. In 1921, there had been a massacre when the reformist Sikhs from the Akali movement tried to regain control of the gurdwara from the Mahantas — the traditional caretaker of the gurdwaras. Over a hundred Sikhs were killed, and many were injured. The Akali movement leader, Lakshman Singh, was burnt to death on a tree, which is still present in the courtyard as a memorial. So is the well, where many of the protesters were drowned. Today, Manjot Singh, a teenage student, was narrating this tale so eloquently, that a crowd had gathered around him. 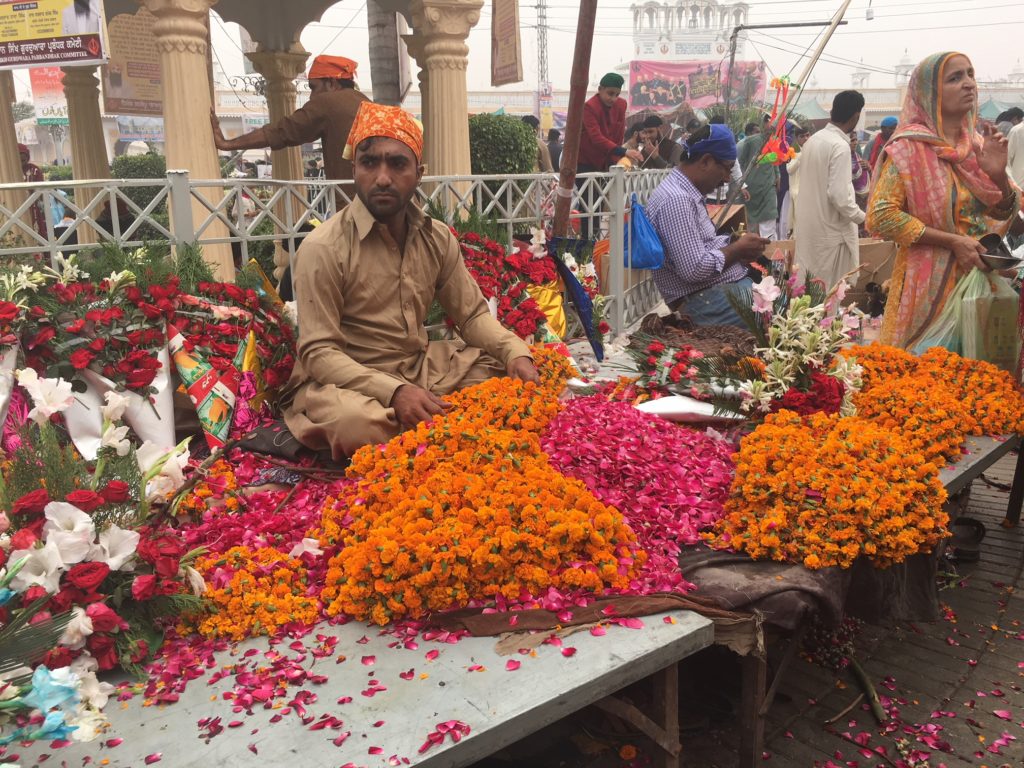 Outside, in the stalls set up by salesmen from interior Sindh, salespersons were selling bindis, sindoor, plastic pendants engraved with images of Sikh gurus and Hindu gods, and other accessories now associated with non-Muslims and difficult to find elsewhere. Unsurprisingly, they were overpriced. And, of course, alongside there were the inevitable food stalls serving delicious, but unhygienic, food. I stuck to the kulfi to be safe — and regret it now. The tangy aroma of the gol guppa and chaat there still haunts me. 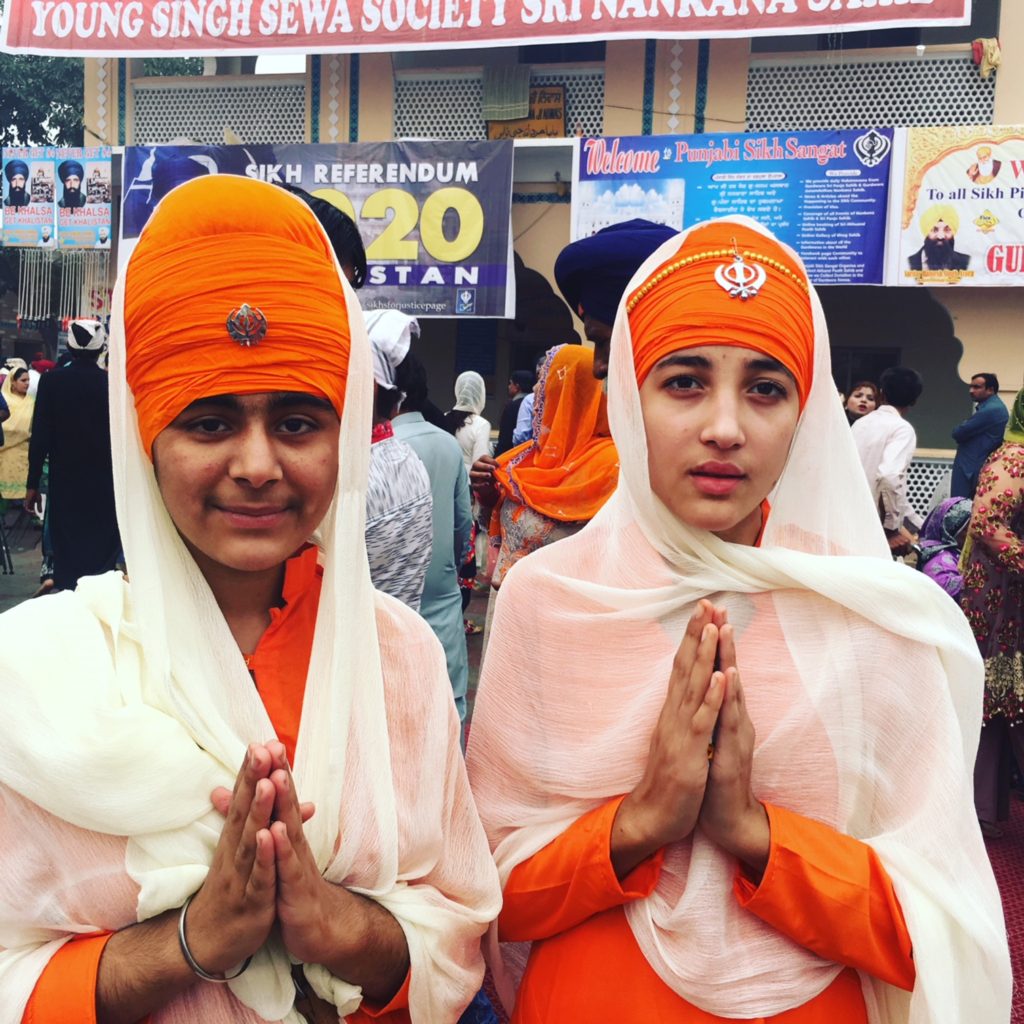 Brightly-dressed women were casually shopping and eating. Young brides, with their hands covered in henna, were praying because it was a good day to pray for motherhood and fertility. Most of these women were of Punjabi origin, but based abroad, or Sindhis. This isn’t surprising because the majority of the Hindu population in Sindh are Sikhpants, which means followers and admirers of Guru Nanak. I spotted just two girls from the northern areas, despite there being a sizeable population of Sikhs there.

The visitors were attired in an eclectic collection of clothes — there were saris, lehngas, shalwar kameez, even trousers. Though the dresses varied in design, they were all brightly coloured like green, red, orange or even blue. The diversity in the crowd thronging Nankana Sahib — in dress and economic situation — was interesting. The Sindhis who had travelled mostly by bus for three to four days to reach here, were clearly largely impoverished. But along with them were the clearly well-off Sikhs who had flown in from abroad. The disparity was stark, but there they all worshipped together. 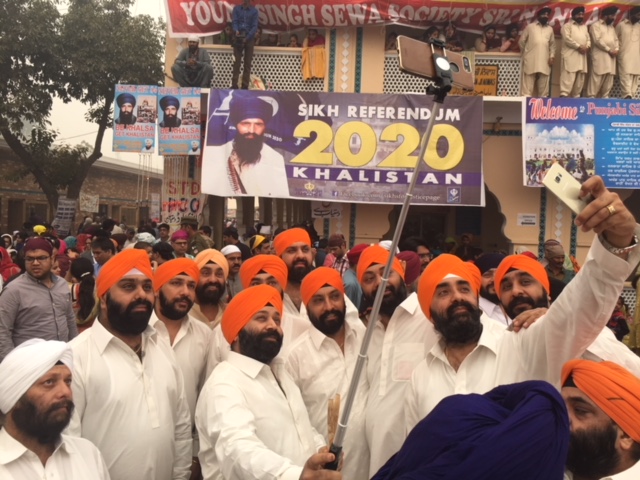 The diversity now though, is probably not even remotely like it was earlier — in the over 500 years at this festival has been celebrated. Many years ago, the gurdwara was accessible to everyone — including Hindus and Muslims. Today, the Indian Hindus are not issued visas for the Sikh festival, and Pakistani Muslims are either disinterested, or not allowed to enter the venue. Hence the temple’s all-inclusive and universal festivity has been dampened.

Guru Nanak was a spiritual leader revered as a saint by three major religious communities —Hindus, Muslims, and Sikhs. Guru Nanak spoke against the Hindu caste system and showed reluctance in initiating another organised religion or latching onto tales of miracles to propagate his teachings. His closest companion was a Muslim — Bhai Mardana. Even in a conservative and Islamised society like Pakistan, hardly anyone takes the name of Guru Nanak without affixing the word “Sahab” at the end as a token of respect. Many accept Guru Nanak as a Sufi saint because his philosophy is profoundly influenced by, and close to, Islamic teachings. The holy book of Sikhs — the Guru Granth Sahib — famously carries nearly 130 verses from the poetry of the renowned 12th century Punjabi Muslim preacher and Sufi saint, Baba Farid. Sikhs are monotheists, favour charity and respect Islam. These facts are commonly known and appreciated, probably because in Pakistan’s Punjab, Sikhism has a deep-rooted historical footprint and is a part of the oral history of the region. 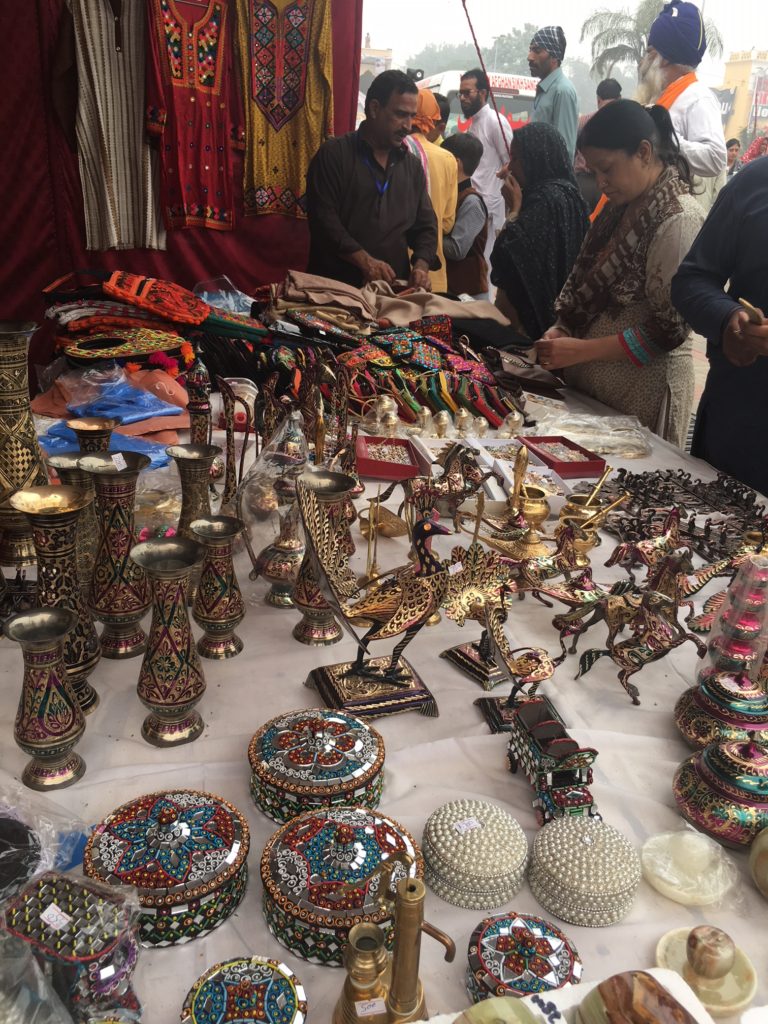 The security approaching the gurdwara was remarkable. Internet and mobile signals were off, all streets reaching the gurdwaras (there are many in Nankana Sahib) were blocked, and checkposts were in place — complete with scanners, female security officers and armed police and Rangers. No one without proper identification was allowed within several miles of the gurdwara. This itself is a testimony to how risky these minority festivals, which attract foreigners, are. This largely negated the entire ethos of the festival, which is to attract people from diverse backgrounds and allow them to have a lively day. There was a sense of control, of being under surveillance, and a sense of insecurity. Someday, perhaps, the need for such tight security will subside. However, all this made the day, and its memory, even more exceptional.

There was a lot of prasad (given as a gift to devotees) and langar (free food).

Prasad, in this case, was choori — a sugary mesh of a paratha full of ghee. The woman carrying it said that choori as prasad is now a tradition.

Since Sikhs arrive at Nankana Sahib for the annual festival here from all over the world, the prasad given out is packed in flight-friendly boxes. One such box said, “From Pakistan — the land of Guru Nanak.” This was the first time I had heard this phrase and thought to myself , this was once Pakistan, land of the five rivers and as many faiths.