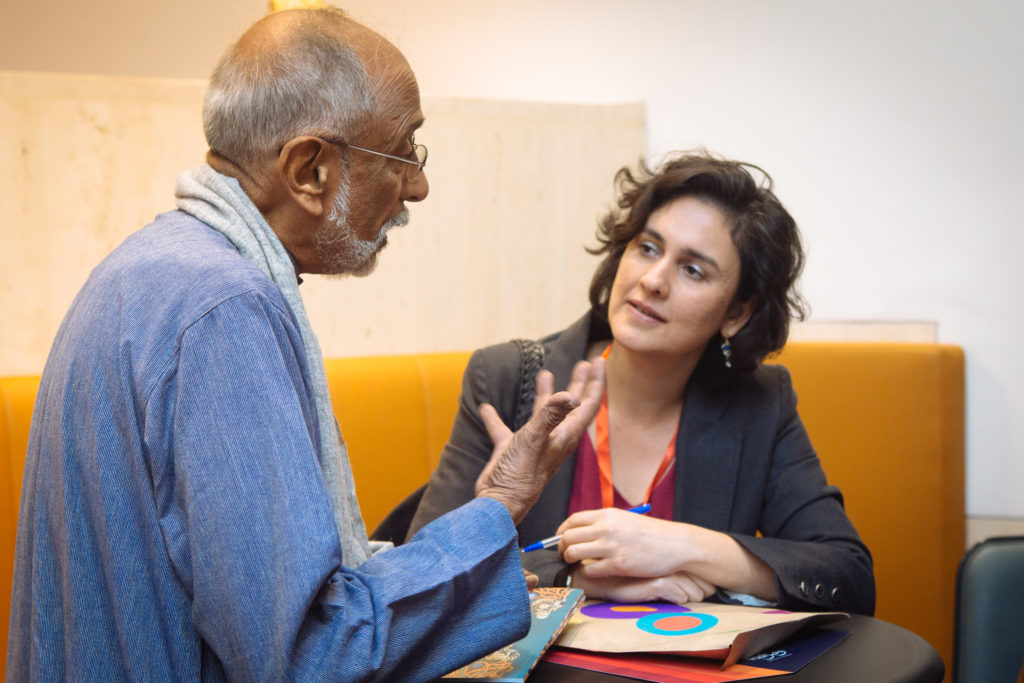 The second Lahore Literary Festival (LLF) in London this autumn was exciting — not least because it marked the 70th anniversary of Partition, and because I was a participant.

The day-long event, on October 28, which was sold out, was held at the British Library’s Knowledge Centre, which includes a spacious auditorium and several smaller rooms for parallel sessions. The discussions covered a rich and varied number of topics, ranging from literature and architecture to arts and crafts, and included equally interesting and diverse panelists and audience members. The star of the festival, however, was the world’s youngest Nobel prizewinner, the Pakistani activist, Malala Yousufzai.

At the opening ceremony the welcome addresses were given by the Chair of the British Library, Baroness Tessa Blackstone, and Razi Ahmed, the director of the LLF. In her address, Baroness Blackstone referred to the British Library’s extensive, centuries-old South Asia Collection. Later, there was a crowded session titled ‘British Library collections from Pakistan’ with panelists, Nur Sober Khan, Saqib Baburi, Layli Uddin and Penny Brooke, all curators of different British Library departments.

For me, personally, The British Library has been an invaluable resource, particularly for my latest book, a literary history Hybrid Tapestries: The Development of Pakistani Literature in English. So it was a really apt launch for the book at the LLF. The chair, of this session, Amina Yaqin, is the senior lecturer on Urdu and Postcolonial Studies at SOAS, and my fellow panelist, the short story writer Aamer Hussein, has just published a new collection Love and its Seasons. We spoke of early writers such as Atiya Fyzee and Ahmed Ali, the internationalism of Tariq Ali and the links between English language writing by Pakistanis in the diaspora, and by Pakistan residents today. 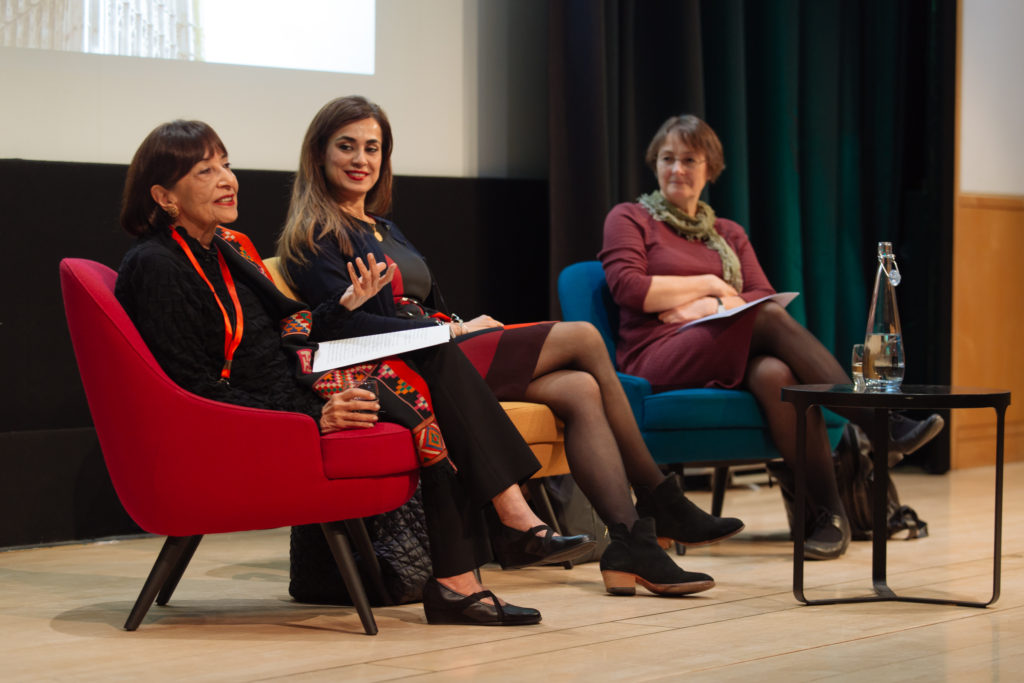 The intertwined tale of past and present was central to the session ‘Writings on pre-Partition Lahore,’ with panelists Ian Talbot and Tahir Kamran co-authors of Lahore: A Portrait of a Colonial City, chaired by Yasmin Khan, author of the topical The Great Partition and The Raj at War. The discussions celebrated Lahore’s history, its multiculturalism and the establishment of educational institutions such as Government College, which drew pupils from different parts of the country, who stayed on. The conversation included issues of language and the impact of Urdu, which the British declared as the official national language in 1854. This was followed by the 1857 migrations of writers such as Hali and Azad from strife-riven Delhi to Lahore. The Indian writer, Ved Mehta, had planned to join the panel, but was unwell and appeared briefly on video instead, from New York where he lives. He spoke of his love for Lahore, to which his family belonged, and the great sense of loss felt by them at leaving it in 1947. Mehta, who lost his eyesight as a child, graduated from Oxford and Harvard, wrote for The New Yorker for years and published spellbinding memoirs and essay collections, remains one of my favourite writers.

Partition and the power of stories and storytelling was the subject of ‘Never Forget,’ with the award-winning novelists, Kamila Shamsie from Pakistan, Tahmima Anam from Bangladesh and Mirza Waheed from India, chaired by Razia Iqbal, the BBC presenter of Talking Books. Alas the session clashed with mine! But I did greatly enjoy ‘In the Maze,’ a culinary discussion with the fabled and versatile Madhur Jaffrey, whose films and cookery books I have admired for long; and the Pakistani food writer Sumayya Usmani, who has now co-written a new cookery book, Mountain Berries and Desert Spice: Sweet Inspiration from Hunza to the Arabian Sea. The chair of this discussion, Elizabeth Collingham, is well known for her academic monographs on food, including Curry: A Biography. This included a lively conversation on colonial influences, including the introduction of bread, which we named ‘double roti’ (since we already had our own ‘roti’) and the development of a hybrid cuisine, which included chicken patties and mulligatawny soup. Sumayya spoke of the impact of migrants in 1947 and their recipes on Pakistani cuisine; Madhur Jaffrey commented on the ever-evolving new recipes in India, particularly a new movement in vegetarian cooking. And, of course, both commented on that major difference between food in India and Pakistan: mainly the latter’s overwhelming enthusiasm for meat. 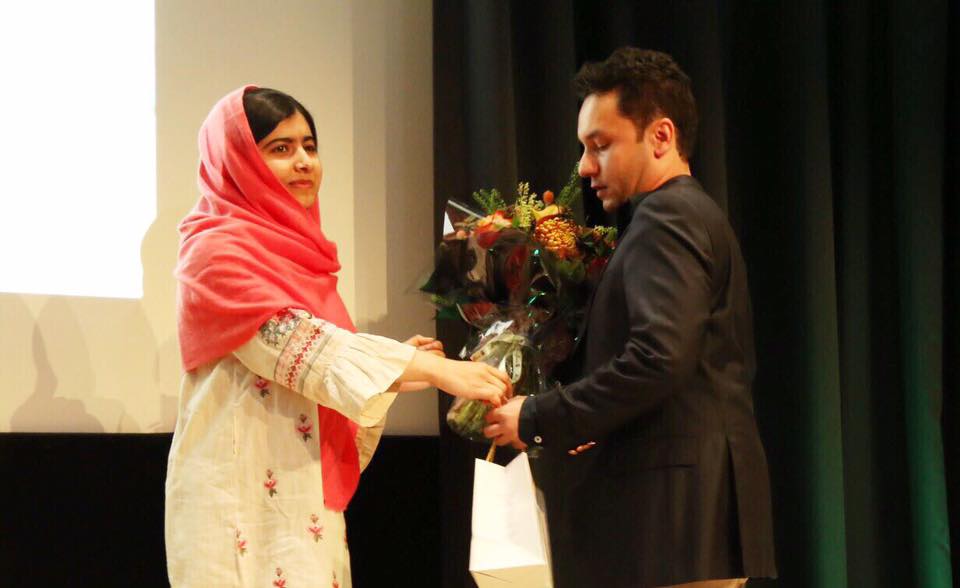 The main draw of the LLF London was the session ‘In Conversation with Malala.’ The Nobel Prize winner is also a great icon for young British-Pakistani girls and has developed her memoir, co-written with Christina Lamb I Am Malala, into an illustrated children’s book, Malala’s Magic Pencil. Malala was introduced by Roly Keating, the Chief Executive of the British Library and she was interviewed by Kamila Shamsie. She spoke of The Malala Fund, which she said she set up because she realised at an early age that education is empowerment: if girls are not allowed to go school, they “get left behind.” She also makes it a point to spend every birthday in a different country (Nigeria, Jordan, Iraq so far), meeting with girls who are fighting to get educated.

Throughout her time on stage, Malala revealed a remarkable confidence, combined with a self-deprecating sense of humour and the awareness of the struggles that she shares with other girls her age. She spoke of the pressure and the tension of working towards her A Levels, worrying about grades, and whether this would lead to a university of her choice or not. She expressed her great joy and delight at being accepted at Oxford University to do a PPE (philosophy, politics and economics) at Lady Margaret Hall. She also described the difficulties and gradual process of adjusting to England at first, of missing the life she had known in Pakistan, her friends and family there, and having to face the fact that it was not possible for her to go back. She has made new friends in England, of course, but is still in touch with her school friends in Pakistan and longs to see her homeland again.

All the LLF events were really interesting. The participants at ‘Pakistan at 70’ — Ambassador Maleeha Lodhi, historian Victoria Schofield and journalists Christina Lamb and the chair, Owen Bennett-Jones — have all published well-known books on Pakistan. Discussions included the influence of the social media and judicial activists on age-old power structures, the expansion of the urban middle class, the population explosion, the ‘culture boom’ and cultural diversity, economic imperatives, terrorism and the role of ‘non-state actors’ — and of course Pakistan’s troubled relationship with its neighbours. The panelists brought divergent views to the subject, which contributed to a lively and thought-provoking debate. 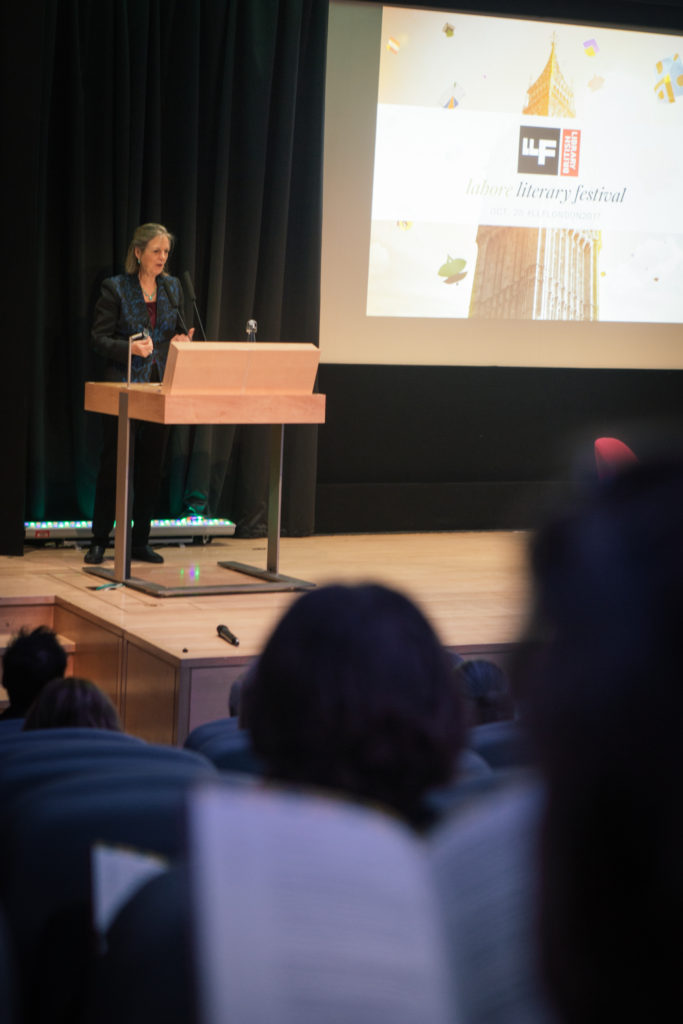 The last session that I attended — ‘Crafts Beyond Ornamentation’ — explored South Asia’s age-old craft traditions which are threatened today by technology and mechanisation. The chair, Saleema Hashmi, editor of the art book The Eye Still Seeks; and the panelists, Ashoke Chatterjee from India and Shahnaz Ismail and Adeela Suleiman from Pakistan, are all known for their promotion of arts and crafts. Chatterjee spoke of India’s endangered handicrafts which were being described as ‘a sunset industry,’ until Chatterjee and his colleague lobbied actively and demanded state support for artisans and craftsmen to reverse this trend. Ismail provided a colourful slide show, portraying the living traditions of arts and crafts in Pakistan, ranging from hand-made basketry, charpais and Peshawari chappals, to the adornment of animals and the decoration of religious symbols. Suleiman spoke of her engagement as an artist with Karachi’s urban crafts, and her establishment of a studio — a collective — with 25 craftsmen, which has opened up new knowledge, language and parameters in her work.

The Lahore Literary Festival, held in London was truly informative and showed the wonderful face of Pakistan.