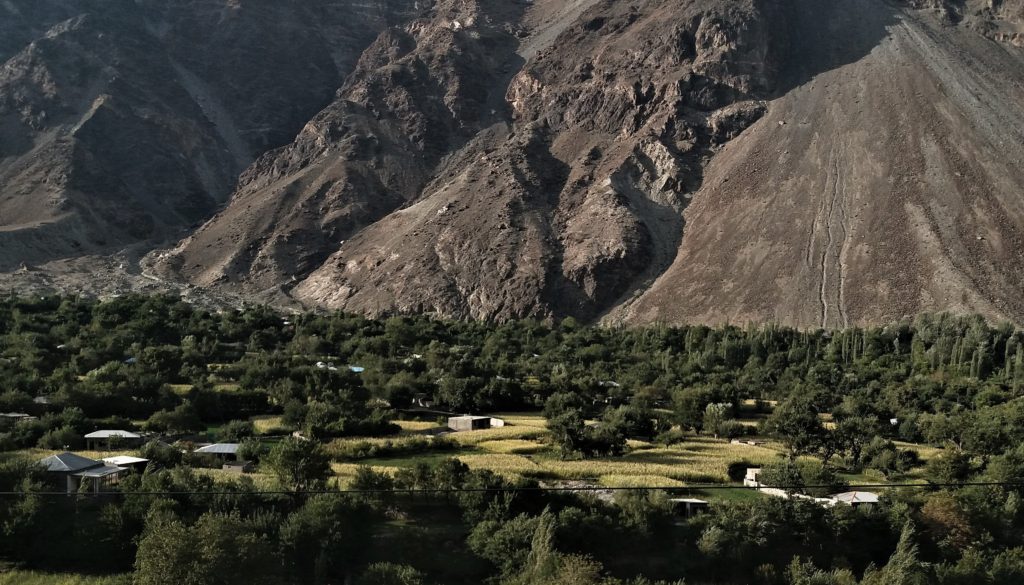 Sher Ali, 60, can sense the stress in the air as he returns home from work in Sherqilla, a remote valley in Ghizer district of Gilgit-Baltistan (GB). “Is everything okay?” he asks, noticing the perturbed atmosphere at home. “No,” replies one of his sons. “Another woman is said to have committed suicide.”

“Why on earth would anyone commit such an act?” murmurs Ali, a trader. According to him, it is God’s wrath that is behind the alarming suicide rate that has engendered panic all over GB.

Days after the incident, tragedy struck the trader’s home, when he found himself embroiled in a similar situation. His daughter, who was married to Bulbul Nadir in an adjacent village, went missing. (She had reportedly been living with her parents for quite some time, due to ill-treatment meted out to her by her husband and in-laws.)

A search to locate the woman was launched immediately by her relatives, but all that could be found were her shoes and dupatta lying on the banks of the nearby river, suggesting that she had jumped into it. Her body was recovered three days later, but the case was not investigated by the police as the woman’s family preferred to bury the tragic episode.

This case of suicide wasn’t the first in Ghizer valley, nor was it the last. The valley is currently inhabited by 0.2 million people. The mysterious disappearance was never properly investigated by the authorities, despite suicide stories making headlines time and again, in the regional media, as well as on various social media platforms.

According to the Human Rights Commission of Pakistan (HRCP), from 2010 onwards, at least 120 suicides, more than half of which involved young women up to age 30, have been reported in the district. A local website tallies 300 registered cases of alleged suicides in the period 1996 to 2010 in Ghizer, a district that has a fairly high literacy rate for both its male and female residents.

More alarming is the fact that “Those are only the reported cases,” says Israruddin Israr, the head of the HRCP in the GB region. “But I’m afraid these aren’t the complete statistics; many other such incidents go unreported.” In May 2017 alone, at least 20 youths purportedly killed themselves. “But all weren’t necessarily suicide cases,” contends Israr. “Many such cases are honour killings, which are covered up as suicides.”

The activist’s apprehensions are not unfounded. Over a month ago, the police arrested Sher Nawaz in Yasin valley for having killed his wife, who was at first alleged to have committed suicide. The arrest came following an autopsy report that confirmed signs of torture on the body. “Following the chief minister’s strict orders, we conducted an inquiry despite the reluctance of her relatives,” says Raja Muhammad Wali, a local police official. “The postmortem report helped us sort out the case.”

According to Israr, of all the individuals that committed suicide in Ghizer valley, 91 were below the age of 30, while 53 were under 20. “The main causes of suicide are failure in examinations, in matters of love, and domestic violence and depression,” says Israr.

After incidents of suicide began to occur frequently, Rani Atiqa Ghazanfar, a member of the GB Legislative Assembly from Hunza, was the first to take up the issue on a serious forum. She tabled a motion in the legislative assembly in May/June, demanding a thorough investigation into the matter. A committee consisting of parliamentarians was formed, but was unable to meet more than once. The frequency of the ‘suicides,’ however, suddenly dropped in the months following the meeting, allowing the government to take credit for the declining trend.

“We have held a meeting involving all stakeholders and the result is satisfactory as the ratio has decreased considerably,” says GB law minister Dr Muhammad Iqbal, who chairs the committee. “More importantly, on the chief minister’s orders, the deputy commissioners and police in the area have now been bound to conduct autopsies and inquiries before burials of people who die in questionable circumstances.”

That notwithstanding, mysterious deaths still continue to haunt the valley, which was once known as the ‘land of martyrs’ owing to the sacrifices its people rendered in the country’s military. Now, it is increasingly referred to as the ‘valley of suicides.’