2010 was a bleak year for Pakistan. It saw an increase in terrorist attacks, sectarian violence — with the country’s urban centres frequently targeted — and vigilante justice, climaxing with the lynching by a street mob of two brothers in Sialkot. Pakistanis were also witness to three air crashes in quick succession. To add to the misery, floods, unprecedented in scale, ravaged the entire country from Khyber Pakhtunkhwa to Sindh. The only ray of light was the way Pakistanis unified to confront this disaster and give of themselves unstintingly. And the year concluded on a somewhat positive note, with the Chinese prime minister’s visit to Pakistan and pledge to increase trade and investment. 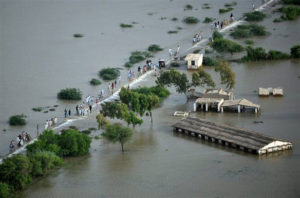 Swept Away: Given their scale and impact, the biggest natural calamity in Pakistan’s history, Floods 2010 were said to be worse in magnitude than the Haiti earthquake, Kashmir earthquake and the tsunami put together. The floods displaced a total of 20 million people, claimed 1,200 lives, killed a huge number of livestock, wiped out towns and cities, and destroyed infrastructure and agriculture worth billions of rupees. Amid the death and destruction, allegations surfaced of the deliberate breaching of dykes by landholders and other influentials, to save their own lands. Meanwhile, the UN and Pakistan government had to repeatedly request donors, who were hesitant to pour money into the country due to widespread corruption and mismanagement of funds, to step up aid. From this bleak backdrop, light filtered out in the form of aid by Pakistan’s private sector. Thousands of individuals and local organisations rose to the challenge of providing for the millions rendered homeless, tending to their food and medical needs on a top-priority basis and continue to assist them with their evolving needs. Pakistan is not rated the world’s most generous donor nation for nothing. 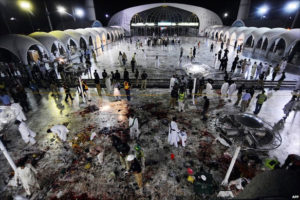 Reign of Terror: The dawn of the new Islamic year was marked by devastation. Following the attack on an Ashura procession on the 10th of Muharram last year, a minibus carrying mourners marking the 40th day of the martyrdom of the Prophet’s (PBUH) grandson, Imam Hussain, on February 5 killed 13 people and wounded 50 others. A second blast occurred at the Jinnah Hospital emergency wing, where the injured had been taken, killing another 10 people. A third blast — the result of a bomb planted inside a TV set in the hospital — caused more casualties. A Shiite procession was also attacked in Lahore during Ramadan, on the day the community marks the martyrdom of Hazrat Ali.

On May 28, in what was a concerted and planned attack, two Ahmadi mosques in Lahore were held under siege and worshippers were attacked. A total of 82 lives were lost and over 100 people were injured. Not a single dignitary or minister commiserated with the community or took part in the victims’ funerals which were conducted in Garhi Shahu the next day.

Forty-two people lost their lives and over 180 were injured when two suicide bombers blew themselves up in the Data Darbar vicinity in Lahore in July. Three months later, in a similar incident at the entrance to the Abdullah Shah Ghazi shrine in Karachi’s Clifton area, nine people were killed and 55 injured. Both the Sufi shrines are frequently visited and usually heavily populated.

The attack on the Federal Investigation Agency (FIA) building in Lahore on October 15 claimed 13 lives and left over 60 wounded. The bomber rammed his explosive-laden vehicle into the building causing parts of it to collapse. A neighbouring religious seminary was also damaged in the attack and students were among the casualties.

A similar truck-bombing incident took place in Karachi on November 11, targeting the Criminal Investigation Department (CID). When militants were unsuccessful in entering the building on foot, a suicide bomber rammed an explosive-laden truck into the building. Other buildings situated nearby were also badly damaged and the impact of the blast was felt for miles. The explosion also left a huge crater in the ground. The attack, it is believed, was a response to the arrest of Lashkar-e-Jhangvi members the preceding day. 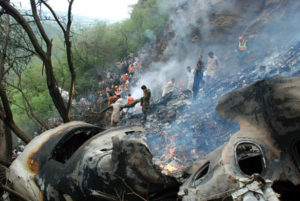 Ashes to Ashes: On July 28, Pakistanis witnessed the worst air crash in decades, when an Air Blue passenger flight crashed into the Margalla Hills, killing all on board. Only a few bodies were recovered as the crash left few victims intact. On November 5, a JS Air Beechcraft aircraft, flying US oil company employees on a chartered flight, crashed into a plot of barren land near the airport soon after take-off. According to Civil Aviation officials, the pilot had reported engine failure and was advised by the control tower to turn back and land. However, the engine did not sustain the flight for even that duration. Close on the heels of this crash was another. A Russian cargo plane went down in the heavily populated area of Dalmia at a construction site and killed 12 people. Investigations into the crashes have so far yielded nothing conclusive. 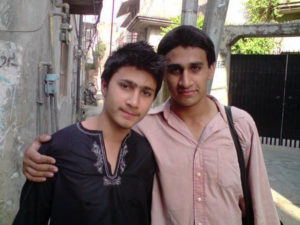 Vigilante Justice: The news of the lynching to death of two brothers, Mughees, 18 and Muneeb, 15, in Sialkot sent shockwaves around the country. The two young boys were beaten to death by a mob on suspicion of theft. The presence of policemen did little to deter the enraged perpetrators of the grisly crime, nor did the policemen attempt to hinder them. Subsequently, enraged civil society members held protests around the country and castigated the elected representatives of the area for not taking action against those involved in the act. There were also vociferous demands to hold the policemen responsible accountable. However, little came of the protests, despite a detailed report by a trials court on the matter. 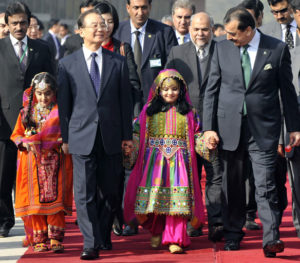 Friends Indeed: Pakistan was feeling increasingly miffed after various heads of state visited and wooed India and then proceeded to wag their fingers at Pakistan’s errant ways. Then along came Chinese PM Wen Jiabao. While his Indian sojourn and new-found camaraderie with China’s traditional rival couldn’t have delighted Pakistani officialdom, Jiabo’s three-day visit to Pakistan put some salve on the wounds. It concluded with both countries signing 37 trade agreements and MoUs worth $35 million, aimed at enhancing trade between the countries.