It was a year of catastrophe along with some glimmers of hope, a year beset by fear but also human gumption. Mother nature struck with a vengeance as earthquakes in Haiti, Chile, western China, New Zealand and the Philippines left in their wake rubble and destruction of biblical proportions. But the humanitarian response that followed was truly heart-rending. Faisal Shahzad was a grim reminder of the continuing need for the war against terrorism, but the release of Aung San Suu Kyi brought a sliver of hope for democracies worldwide. As injustice reared its ugly head in the Gaza flotilla attack, WikiLeaks gave us hope of public exposure and accountability. As the world united in its love for football during the World Cup, one almost forgot the borders that divide us. 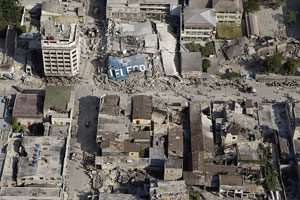 Aftershock: “All of a sudden everything was just falling apart…there was no place to hide,” an eyewitness told the BBC, after an earthquake struck Haiti, just 16 miles west of the capital Port-au-Prince on January 12. The natural catastrophe of colossal proportions affected the lives of three million Haitians, and rendered one million homeless. But the year of earthquakes had just begun. Barely three months later, in March, an earthquake struck eastern Turkey. Measuring 6.0 Mw on the Richter scale, it took 57 lives. The following month a series of earthquakes killed scores in western China. Then in September emergency was declared in Christchurch, New Zealand ‘s second largest city, as an earthquake as powerful as the Haitian one shook the city. 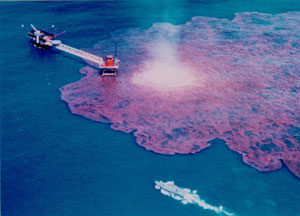 Collateral Damage: An explosion and the resultant sinking of a deepwater rig on April 20 caused a leak in the British Petroleum pipeline in the Gulf of Mexico. The huge oil spill was devastating with undoubtedly irreparable consequences, as President Obama declared it as “the greatest environmental disaster of its kind in our history” — bigger than even the 1989 Exxon Valdez spill in Alaska. Billions of dollars were spent in clean-up costs and a criminal investigation was launched by the Department of Justice, as 4.9 million barrels of oil leaked into the ocean before the spill could be capped. The Obama administration has filed a civil law suit against BP PLC alleging negligence and lax safety procedures while drilling in the Gulf of Mexico. 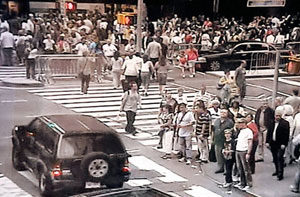 Ticking Time Bomb: Faisal Shahzad, a Pakistani-US national, was tried and convicted of plotting to bomb Times Square in New York City on May 1. US officials say Shahzad drove a Nissan Pathfinder, found loaded with gasoline, propane, fireworks and fertiliser, and parked it in the heart of Times Square, threatening the lives of thousands. Sentenced to life in prison without parole, Shahzad, according to reports, showed no remorse for his actions, declaring that war with the Muslim world “has just begun.” Hailing from Peshawar from an upper middle class background, Shahzad has a wife and two children and was a naturalised US citizen. 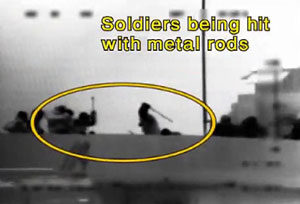 Unmatched Foes: Israeli IDF forces boarded and fired on six aid ships en-route to the Gaza strip, on May 31. More than 10 people were killed. The Gaza strip is under naval blockade and according to the Free Gaza Movement, the flotilla was only carrying humanitarian aid to the besieged strip. The Israeli foreign ministry told a different story, which included claims that their commandos had been attacked with knives, clubs and guns by activists on board. Thousands protested in cities all around the world against the attack, while the UN human rights council accused Israel of a “disproportionate response.” 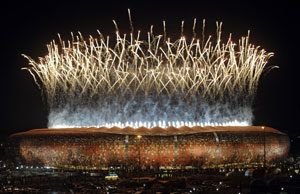 Wave your Flag: In an underwhelming World Cup where the vuvuzelas stole the headlines from the football being played on the pitch, Spain won their first world cup ever. Spearheaded by David Villa and Iniesta, who scored the winning goal, the European nation lifted their trophy. A million people turned up in the streets of Madrid to welcome their heroes and 700 million people reportedly watched the game live or on their tellys at home. 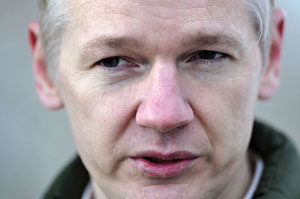 ExposÃ© of the Century: Julian Assange, the editor-in-chief and founder of WikiLeaks, started publishing 250,000 US State Department diplomatic cables and 391,832 reports (The Iraq War Logs) wreaking havoc in military, bureaucratic and media circles worldwide. As private conversations and confidential records were bared, millions of people around the world learnt the truth about their own and foreign governments, conspiracy theories and what were previously only rumours. This included the ISI’s (Inter-Services Intelligence) covert role in training and supplying insurgents in north Pakistan and America’s implicit role in gross human rights violations. From the first video implicating the US military in Baghdad in the murder of two children and journalists from Reuters news agency, cables recorded how the US had ignored the torture and death of 66,000 civilians in Iraq and attacks on civilians by coalition forces in Afghanistan. Although Swedish authorities deny the connection, it is widely believed that the fallout of the leaks led to the arrest of Assange on rape and assault charges. He was subsequently released on bail. As to the mammoth amount of digital data that continues to emerge, governments across the world will undoubtedly continue to be caught on the wrong foot. It will probably take years before all the revelations can be digested by an increasingly bemused public. 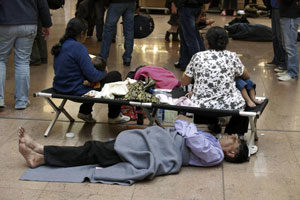 The Cold Bites: Plummeting temperatures, the biting Moscow winter frost and snow in Paris may all be the result of global climate change, fear scientists. Whether or not this is true is up for debate, but this year winter has managed to halt millions in their tracks. Northern Europe braces itself for what could be a cold spell and nearly two-thirds of flights were grounded or delayed at Heathrow airport alone. Millions of stranded passengers, packed for Christmas, have no recourse but to wait it out! The Met Office for England, Wales and parts of eastern Scotland has issued an extreme weather warning as schools, hospitals and businesses come to a grinding halt. 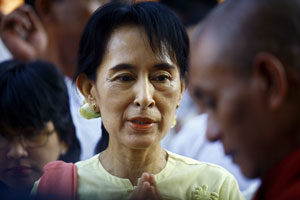 Free at Last: The pro-democracy, Nobel peace prize winner Aung San Suu Kyi, aged 65, was released this year after a 20-year detention by Burma’s military junta on November 13. President Obama called her “a hero of mine,” as heads of government lauded her release. Suu Kyi, chairperson of the National League for Democracy (NLD) party, was placed under house arrest shortly after her party won elections in 1990. An international icon of peaceful resistance, Suu Kyi, who lost her husband Michael Aris to cancer in London 11 years ago, remains undettered in her aspiration to further the cause of democracy in her country. Suu Kyi has two sons, Alexander and Kim, who she met for the first time in nearly 10 years on her release. 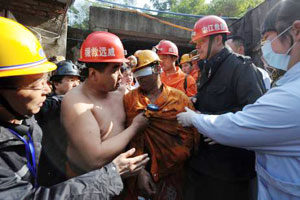 Light at the End of the Tunnel: China is deemed to have the worst mine safety in the world. In 2010, 29 workers trapped in a flooded coal mine in southwest China’s Sichuan province on November 22 made headlines. Although all 29 were rescued, China declared its commitment to closing down unlicensed small mines to protect workers. But the world’s top producer of copper, Chile, held the world’s attention as 33 miners, who were trapped underground for 69 days, were lifted to safety in “The Phoenix.” President Pinera, his wife and Mining Minister Laurence Golborne were waiting at the head of the shaft as the miners emerged into the glare of cameras, microphones and of course, jubilant spectators. However the New Zealand miners did not share the Chilean miners good fate. All 29 miners who became trapped in the Pike River Mine on November 19 perished, allegedly as a result of the second blast that tore through the mine a week after the first blast.

This was originally published in Newsline’s Annual for January 2011 under the headline “A Year of Catastrophes.”