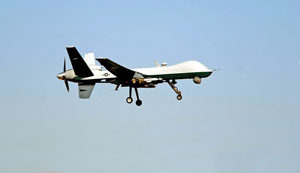 The US drone campaign targeting Al Qaeda and Taliban insurgents in Pakistan’s remote tribal regions has been hailed as a resounding success by US officials. Last year the CIA carried out more than 130 drone strikes extending from North Waziristan to Khyber agencies, leaving hundreds of people dead. The American and Pakistani security officials claim that most of the victims of the relentless attacks were militants. The unprecedented expansion of the CIA’s not-so-secret war inside Pakistan came as the Obama administration was nearing the summer 2011 deadline for starting to pull out US combat troops from Afghanistan.

In the latest review report of the ongoing US military operation in Afghanistan, the Obama administration has claimed that the new counter-insurgency strategy aimed at disrupting, dismantling and eventually defeating Al-Qaeda has made significant progress. It also stated that Al-Qaeda leadership in Pakistan was at its weakest since 2001. But the report also admitted that the gains made by the US forces remained “fragile and reversible.”

An integral component of the new US counter-insurgency strategy is the escalation in the CIA’s drone strikes against Al-Qaeda and Taliban sanctuaries in Pakistan’s tribal regions bordering Afghanistan. But a major concern is whether this strategy can work in the long term. Are the so-called gains sustainable? Can the drones win the war against Al-Qaeda? There is little sign of this happening as the US war in Afghanistan enters its tenth year — the longest war the US has fought in its history. The unprecedented use of unmanned predators may have dealt a serious blow to Al-Qaeda, but it has not diminished its ability to regroup and plot terrorist attacks.

President Obama ordered a dramatic escalation of the strikes in January 2009, shortly after his inauguration, as part of his overall review of the Afghan war strategy. Since then, many Taliban commanders and Al-Qaeda leaders have been killed by the strikes, most prominent among being them three of Al-Qaeda’s top leaders — Abu Laith Al-Libbi, Usama al-Kini and Mustafa Abu al-Yazid — who were the masterminds of Al-Qaeda’s attacks in Pakistan and Afghanistan.

On March 17, 2010, CIA director Leon Panetta described the raids as “the most aggressive operation that the CIA has been involved in in our history.” He claimed that the campaign had thrown Al-Qaeda into complete disarray. But others view the success of the campaign, and the larger success and wisdom of the current US Af-Pak strategy, very differently.

The decision to step up the drone strikes was part of a growing recognition by the United States that the tribal territories in Pakistan have become, as Obama put it in his announcement of the new surge strategy in December 2009, the epicentre of militant operations that have wreaked havoc both in Afghanistan and in Pakistan. More than a dozen militant groups now operate from the territories, and the remote mountainous regions have become the main bases for the training of jihadists fighting on both sides of the Pakistan-Afghan border.

The drone strikes have been unquestionably effective in assassinating leading Al-Qaeda and other militant commanders and have greatly aided the Pakistani ground forces in their operations by helping to identify targets and militant positions. But they have also had serious blowback effects. The drone killings have stirred up a great deal of controversy in Pakistan, provoking intense anger among the Pakistani public and stoking heated anti-Americanism. The strikes have also spurred a significant rise in the number of recruits joining the militant groups, in part because according to tribal code, the families of the drones victims are required to seek revenge. But recruitment has also risen among the youth of the well-educated middle class, who have flocked to the tribal regions from Pakistan’s major urban centres. 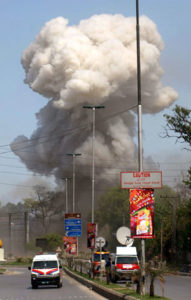 Some counter-insurgency experts have wondered aloud whether the drones are doing more harm than good. “If we wind up killing a whole bunch of Al-Qaeda leaders and, at the same time, Pakistan implodes, that’s not a victory for us,” said David Kilcullen, a counter-terrorism expert who played a key role in developing the surge strategy in Iraq. “It’s possible the political cost of these attacks exceeds the tactical gains.” Whether the drones can tip the balance in the fight against the insurgency is highly questionable.

The prime targets of the campaign, Osama bin Laden and Al-Qaeda number two, Ayman al-Zawahiri, are still at large, and despite the loss of so many top leaders in the strikes, Al-Qaeda has grown in strength due to the new alliances it has made with Pakistani militants. Though recent assessments have asserted that Al-Qaeda has been crippled, and the number of Al-Qaeda forces operating out of Pakistan’s tribal territories recently estimated at only one hundred, the truth is that there is a new generation of Al-Qaeda in Pakistan. Comprised primarily of Pakistanis, it includes a flood of new recruits from the well-educated middle class, youth and professionals who have brought an increasing sophistication to Al-Qaeda’s operations.

A key flaw in the US strategy for the fight against the insurgency is that it has failed to account for the ability of the groups to regenerate. As with the legend of the scorpion’s venomous tail, which when cut off, grows back again, the millitants have shown themselves capable of regrouping and striking back. The killing of their senior leaders has little effect on their operations.