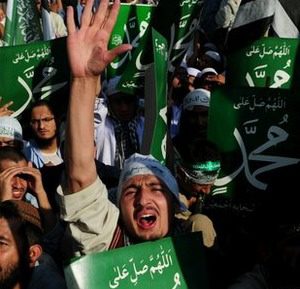 Domestic politics was already on shaky ground at the end of 2010. The government had been jolted from its cosy coalition to a precarious minority perch at the top. Scandals, rising militancy, economic disaster and endless charges of corruption had already damaged the ruling party, leaving few Pakistanis with any confidence in the country’s rulers.

As such, the brutal assassination of Salmaan Taseer came as a big, big blow to the nation. Taseer, although a controversial figure, had in the weeks leading up to his murder courageously criticised radical and fundamentalist elements in Pakistani society by supporting death-row inmate Aasiya Bibi and terming the blasphemy laws that put her there as “black” and discriminatory, saying they had no place in Jinnah’s minority-respecting Pakistan. His honesty was one the few sources of light emanating from the PPP. Few politicians dared to be as courageous, even the infamously vocal federal interior minister was quick in giving assurances that the government would not tinker with the fundamentally oppressive piece of legislation.

Now, a secular, progressive and key figure on Pakistan’s political scene has been lost. Lost to a much too common mindset that sees murder as justifiable – a mindset that is shaped by ideologically fuelled hate.

In Pakistan, it seems so easy to kill political figures, and by extension anyone else, for their beliefs. Taseer was clearly shot because of an intolerant religious philosophy that has spread throughout our society. The ugliness of fundamentalist thought has become so bloody stark that it seems to have completely overtaken simple human decency and civilised actions. The confession by the security guard who shot Taseer in the back 27 times is not merely an indication but solid proof of how deeply the country has been plagued by this deadly and unforgiving mindset. There are unmanned drones violating Pakistani airspace every other day killing ‘suspected’ militants, but unless there is recognition and realisation about the extremist mindset that has embedded itself here, nothing is going to bring peace to this extraordinarily damaged and fractured country.

It is exactly this mindset (the lack of tolerance and acceptance) that is the real enemy Pakistan should be fighting every single day. Jinnah imagined a Pakistan where people with differing ideologies and different faiths would be free to go to their mosques, temples or churches. But the murder of Salmaan Taseer has exposed how vulnerable we the citizens, including our government, are to the forces of destruction and ideological fanaticism. Freedom is at stake. The ultimate price is attached to standing up for your principles and even for declaring your support to a weak, poor and oppressed woman. Not long ago, Benazir Bhutto was also lost because of this war between democracy and oppression, between hope and hate, between promise and despair.

The extent to which Pakistan has been radicalised is even more obvious when examining the media. Many in the media have handled this tragic incident by either sitting on the fence and not openly condemning this horrific criminal act, or by giving a powerful pulpit to the voices of hate. Some 500 members of the ulema of the Barelvi community called for a boycott of the funeral of Mr Taseer, a media and business magnate who had become a successful constitutional head of the province of Punjab. It seems that the late governor’s relief work for the flood victims of 2010 has all been forgotten. His ethical stands for justice have been swept aside or distorted. Bigotry, moral corruption and a mind-boggling absence of rationality have come to dominate the national landscape as a mullah takeover of society has unfolded. This is not in the interest of Pakistan. On the contrary, this is most detrimental to development and democratic discourse in the country. We have already lost too much and too many in this war of hatred and vengeance. 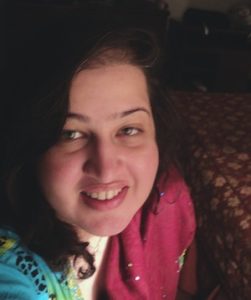 This is the war within, and it has to be won. This country of ours is way too big and beautiful to be lost to the fundamentalist forces — they are still a minority. Justice needs to be done for all the people who have been killed by this destructive dinosaur. I appeal to all my Pakistani sisters and brothers not to give up, not to become fearful and not to lose hope. We will continue to fight for our country and our beliefs, and we will eventually win over this handful of ill-guided people. And I appeal to the international community, human rights groups and democratic voices everywhere to help us in our struggle for civil liberties and religious rights for our minorities, and for all Pakistanis.

A version of this article was previously published online and appears here at the courtesy of the author.