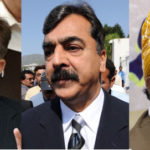 The teetering PPP-led coalition government that the country witnessed in early January still stands at the mercy of political opponents, and past and present allies. To survive in the corridors of power, it has either to appease (or win back) former allies (as it did in the case of the MQM recently) by accepting tougher conditions or bank on life-lines thrown to it by arch rivals demanding their pound of flesh from the government of Prime Minister Yousuf Raza Gilani. For any political force, it is the worst possible scenario.

This means that the government’s ability to provide effective governance will further be eroded because of the politics of populism. The government will not be allowed to go ahead with the tough reforms that are vital for the economy. This includes expanding the tax base, doing away with subsidies especially in the energy sector and slashing non-productive expenditure. The government has already failed to fulfill promises made to the International Monetary Fund (IMF), forcing it to seek a nine-month extension in the $11.3 billion Standby arrangement from this global lending agency.

The harsh conditions set by the opposition in exchange for providing a life-line to the government only means that the country’s economy is all set to take the biggest hit because of the political turmoil and uncertainty. Even if the government manages to survive in the coming weeks and months, it will be a lame duck, unable to do what is required of it in these hard times.

And the assassination of Governor Punjab Salmaan Taseer has only added to the gravity of the situation not just for the struggling government, but for the state which faces a far greater threat on account of its failure to resolve internal contradictions and enforce certain rules of the game.

As Pakistan’s religious forces of all shades push hard to change the complexion of the state by hook or by crook, mainstream political parties do not appear to have the ability and capacity to rise to the challenge. They are too involved in politicking and repeating the mistakes of the past for which they have paid dearly.

The ghastly murder of the Punjab governor notwithstanding, the harsh fact remains that the government’s latest predicament is yet another sorry tale of drifting from one self-inflicted crisis to another. In addition to mishandling crucial issues during its 34-month rule, the government has gone and done the same even with its allies. The irony is that where the government should have taken a firm stand on crucial issues such as the controversial Blasphemy Law, extremism and the economic reform agenda, it caved in. And where there was a need to play the astute game of compromise and show graciousness to allies, its stalwarts, including the prime minister, chose to indulge in brinkmanship.

The Jamiat Ulema-e-Islam (JUI) and the Muttahida Qaumi Movement (MQM) are not among those forces that refuse to play ball — if the ball is pitched right. They are not willing to sacrifice an arm and a limb for the sake of principles alone. Yet, the PPP government managed to annoy them and rock the coalition boat at a time when the country faces not just the continued challenge of extremism and militancy, but a grave economic crisis too.

Take the strange case of JUI Maulana Fazlur Rehman who, at a fair price, has proved to be a bankable PPP ally since the days of the late Benazir Bhutto. But even the politically flexible maulana was pushed against the wall by the surprise dismissal of his party’s Federal Minister for Science & Technology Azam Khan Swati. This sacking by Prime Minister Gilani was done apparently to balance the ouster of PPP’s controversial Religious Minister Hamid Saeed Kazmi, accused of corruption during Haj operations. Kazmi, considered close to the prime minister, was at loggerheads with Swati, who openly accused him of graft even in cabinet meetings. The rivalry between Swati and Kazmi also stems from the fact that they belonged to different schools of thought. The JUI — representing the Deobandi school of thought — wanted the ministry of religious affairs for its nominee, but it was given to a Barelvi maulvi belonging to the PPP.

Some of the PPP cabinet members admit that Gilani had misread JUI’s reaction over the ouster of its federal minister, which they say was uncalled for.  “This confrontation was unnecessary and could have been avoided,” said a federal minister requesting anonymity.

Presently, the maulana is in no mood to change his decision. Prime Minister Gilani has become the main target of JUI’s wrath, underlining the fact that the religious party has tactfully kept the option of returning to the PPP’s fold open. Maulana Fazl’s demand that Prime Minister Gilani be sacked is being interpreted as a hint for an in-house change despite President Zardari’s announcement that the PPP stands firmly behind him.

The scenario of in-house change appears easier said than done because of the divided and fractured opposition. There are many ifs and buts in the process — the biggest hurdle being the unleashing of a complex numbers game, which might not suit the key political players. There is the gnawing fear that a vigorous political tug-of-war may upset the carefully laid applecart and prove the beginning of the end for the entire system.

PPP’s estrangement with the second ally, the MQM, is a more complex issue. It is not just one incident that forced the MQM to part ways at the federal level, while continuing to remain a coalition partner in Sindh. The two parties have big political and financial stakes in Sindh, especially in Karachi, which often clash. The MQM no longer enjoys a free hand in running the affairs of Karachi, where some PPP stalwarts are promoting the militant Peoples’ Amn Commiittee of Lyari and the Pakhtoon Awami National Party (ANP) to counter the MQM’s muscle power. The PPP hardliners including Sindh Home Minister Zulfikar Mirza are more inclined to use heavy-handed policies to keep the MQM on a tight leash.

However, the real problem bedevilling their relations remains the local bodies system. The MQM insists that the Pervez Musharraf-era local bodies system be kept intact, while the rest of the major parties want to revert back to the old system in which more powers are vested in the commissioners and bureaucrats. “We can’t have two local bodies systems in the country,” said a PPP leader close to President Zardari. “But before they announced a parting of ways with us, there was a consensus at the meeting with the president that the local bodies bill would not be presented in the assembly. We accepted their other demands, including posting bureaucrats of their choice to run Karachi. But, in a surprise move, they announced their decision to quit the government.”

While in the longer run an alliance between the PPP and the MQM makes sense, particularly for ensuring peace in Sindh and countering religious extremism, the short-term clash of interests seems to override these goals. The MQM’s firm anti-PPP stance on crucial issues starting from the National Reconciliation Ordinance to the reformed General Sales Tax has shaken the alliance between the two to the core.

As Pakistan’s political weather gets chillier, the weeks ahead will be tough not just for the government but also for the country itself. A weak coalition government will find it extremely difficult to confront the challenges on the economic and security fronts, which need to be tackled boldly and decisively by an effective, efficient and performing government.

This article was written for the January 2011 issue of Newsline. The MQM rejoined the PPP in the federal coalition government after this article was originally published. Amendments have since been made to this online version of the article.