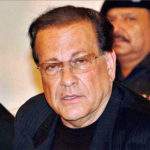 A host of statements and tributes were issued on Tuesday, January 4, 2011, in the wake of the assassination of Punjab Governor Salmaan Taseer. Many international figures, including US Secretary of State Hilary Clinton, have denounced the murder of the moderate yet colourful PPP politician. Governor Taseer, both a politician and successful business man, was gunned down in an Islamabad market by his own security guard. Secretary Clinton praised Governor Taseer for promoting tolerance.

In recent weeks Mr Taseer had spoken openly and very forcefully about amending Pakistan’s unforgiving blasphemy laws (read an interview with Mr Taseer here). He publicly sought a pardon for a poor Christian women named Aasiya Bibi who had been arrested under the controversial laws last year and who now sits on death row. It is alleged that Aasiya Bibi was accused of blasphemy when a personal dispute broke out between her and fellow workers and that the case against her has no merit.

The blasphemy laws fall under Section 295 of the Pakistan Penal Code and have been in place for over 20 years. Here is a description of the laws taken from a Newsline article published in December:

The existing Blasphemy Law, which actually affords ‘protection’ to only one religion, was introduced in the 1980s by General Zia-ul-Haq. Through the introduction of this law he wanted to please Islamic parties who supported his illegitimate martial law government. Most controversial among the law are sections 295-B and C of the Pakistan Penal Code (PPC). Section 295-B, was introduced in 1982, which is against any insult to the Holy Quran, and the crime is punishable with life imprisonment. Section 295-C, PPC which was added by an act of parliament in 1986, made it a criminal offence to use derogatory remarks against the Holy Prophet (PBUH) and made the crime punishable with life imprisonment or death. In 1992, during former prime minister Nawaz Sharif’s rule, the sentence of life imprisonment was removed, and now the death sentence exists as the only punishment for this offence. Given the harshness of the punishments, Retired Justice Rana Bhagwandas, a Hindu, who once served as acting chief justice of Pakistan, said, “Who would be senseless enough to commit blasphemy in Pakistan?”

The man who shot the Punjab governor is reported to have confessed to the murder at the scene of the crime and, according to Interior Minister Rehman Malik, explained that he did it because of Mr Taseer’s public campaign denouncing the blasphemy laws and his push to change them. Fellow PPP member Ms Sherry Rehman has prepared a bill to amend the blasphemy laws. Together, Mr Taseer and Ms Rehman have been the two most outspoken and brave voices of the ruling PPP party in the drive to change the often misused laws. There is a fear that intimidation and violence will silence many more Pakistanis who would like to stand up for change.

Mr Taseer is remembered by many for being a voice of reason and tolerance at a time when Pakistan is in turmoil and deeply divided. While thousands of people and dozens of commentators have lamented the loss and decried the shameful act of murder, others in Pakistan have shockingly celebrated the death. This shows much more than divisions and distastefulness: it shows a country in which religious extremism and intolerance have permeated society to such a degree that many people happily condone violence and murder in the name of Islam. Moreover, it seems that free speech and open debate are also victims in Pakistan, and thus, in essence, making everyone a victim.

The following statement was issued by US Secretary of State, Hilary Clinton: 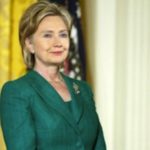 We strongly condemn the assassination today in Pakistan of Punjab Provincial Governor Salmaan Taseer. I had the opportunity to meet Governor Taseer in Pakistan and I admired his work to promote tolerance and the education of Pakistan’s future generations. His death is a great loss. Our deepest sympathies are with Governor Taseer’s wife and children.

The United States remains committed to helping the government and people of Pakistan as they persevere in their campaign to bring peace and stability to their country.