Now January 2011, and Julian Assange is still on bail in Britain awaiting possible extradition to Sweden on charges of sexual assault. The Australian whistleblower and his lawyers believe that if he is indeed extradited, he could end up in the US and face the death penalty. Assange has said publicly that the charges in Sweden have been trumped up in order to make him pay for embarrassing the US after the release of thousands of diplomatic cables that spilled many government secrets about US international relations and the foreign leaders America deals with. Of course, most of the 250,000 cables have yet to be released. The excitement is probably just getting started.

Here, we look back at the investigative drama around Assange and how Wikileaks is seen through the prism of Pakistan.

The personal saga of Julian Assange, the founder and editor-in-chief of WikiLeaks, has threatened to overwhelm the far more intriguing revelations facilitated by the organisation. It may, therefore, make sense to tackle the allegations against him before reflecting on the implications of the data made available by the pioneering website.

Assange was arrested in London last month on the strength of an Interpol warrant instigated by Sweden, where he has been accused of behaviour that constitutes sexual assault and rape in Swedish law. He was subsequently released on bail and remains under effective house arrest in Suffolk pending an extradition hearing in February.

He has not been charged with any crime; the Swedes have merely sought to question him following accusations of unprotected and unsolicited sex by two women he encountered in Sweden. Perhaps not surprisingly, the timing of their complaints prompted many of Assange’s and/or WikiLeaks’ supporters to allege political motivation.

Given the American reaction, in particular, to the potential publication of more than a quarter of a million US State Department cables, this was not an unreasonable suspicion, especially after Sweden’s chief prosecutor had initially dismissed the case as unactionable. However, the fact that a different prosecutor considered the case worth pursuing cannot be dismissed lightly. The possibility of American interference certainly cannot be ruled out, but in the absence of clear-cut evidence that shouldn’t be taken for granted either.

A number of Assange’s supporters have sought to impugn the motives of the women concerned on the basis of nothing more than conjecture. This is grossly unfair. Sweden has some of the most stringent rape laws in the world, which is by no means reprehensible. Among the prominent feminists who have publicly supported Assange, Naomi Wolf has said that if all men were held to similar standards, millions of American males would find themselves behind bars. 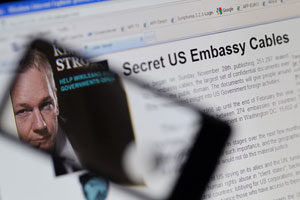 She may not be wrong on that count, but it hardly follows that American law in this respect is worthier than the Swedish variant. In the absence of clear-cut evidence, claims of a CIA-sponsored “honey trap” are also unwarranted. Something along those lines is not impossible, of course, but it would be prejudicial to take it for granted.

On the face of it, the Swedish case against Assange does not appear to be particularly strong, not least because at least one of his accusers is believed to have socialised with him without rancour after the alleged incident. It’s nonetheless unfair to jump to conclusions. But it was somewhat perturbing when Assange took umbrage over The Guardian’s decision to publish details of the Swedish police report on which the extradition request is based. If he truly believes in the freedom of information, there’s no scope for double standards.

At the same time, given that no charges have been filed against him, it’s worth wondering why the Swedish police can’t send representatives to Britain to question him, instead of insisting that he be deported to Sweden. Assange claims that Sweden would be likelier than Britain to deliver him to the Americans, should they formally accuse him of espionage or whatever, and seek his extradition.

The American reaction to WikiLeaks’ disclosures has indeed been irksome, with any number of media personalities as well as a few politicians demanding his scalp. Barack Obama and Hillary Clinton have stopped well short of doing anything of the kind, but have expressed their anger in no uncertain terms. And after accusing China of efforts to censor the internet, the US has been engaged in exactly the same sort of behaviour. Apart from futile efforts to blackball WikiLeaks on the net, most present and prospective government employees have been warned against accessing the published cables on the net and, in some cases, even visiting the websites of the widely venerated newspapers that have been collaborating with WikiLeaks to disseminate the leaked information — including The Guardian, The New York Times, Der Spiegel, Le Monde and El Pais.

Irksome, but not particularly surprising. What goes by the name of diplomacy takes place, after all, in an atmosphere of deceit. Naturally, the US government wouldn’t want the Italians to find out the contempt in which American diplomats in Rome hold Silvio Berlusconi. Similarly, relations with Russia are likely to have been rendered infirm by the disclosure that American diplomats in Moscow consider Vladimir Putin to be presiding (notwithstanding his official status as prime minister) over what is effectively a mafiocracy. 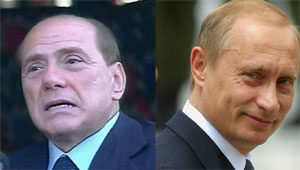 That the rest of the world shares this opinion of Berlusconi and Putin — and views their sleazy camaraderie with suspicion — doesn’t go a long way towards assuaging American embarrassment. It’s hardly surprising, then, that Clinton spent much of December calling up foreign leaders, including Hamid Karzai and Asif Zardari, to apologise for the revelations and to massage their egos. She has also been quoted as saying that the leaked cables prove, above all, how good American diplomats are at doing their jobs. In which case, wherefore the wrath against Assange, not to mention Vice-President Joe Biden’s ridiculous description of him as a “high-tech terrorist”?

The WikiLeaks cables fall into several categories in terms of their significance. Some of them consist of little more than tittle-tattle in various parts of the world. That’s generally of mild interest, and may well be at variance with actual facts. Analyses that chime with common perceptions but bring into question America’s official stance are, for obvious reasons, embarrassing to the government in Washington. What has proved particularly quotable is reports based on direct conversations with key players in countries such as Pakistan.

That Pakistan’s political and military leaders are considerably more keen to confide in American diplomats than in the Pakistani people should have come as no surprise. Nor was there anything particularly revelatory about the fact that they privately support the devastation wrought by CIA drone strikes while occasionally voicing anguish about them in public. But it was certainly interesting to find out that Zardari has picked his sister as a successor in case he is assassinated, and that Ashfaq Kayani thinks (or so he told the Yanks) that Feryal Talpur would make a better president than her brother. Maulana Fazlur Rehman’s efforts to ingratiate himself with former ambassador Anne Patterson fall in the same category (and throw an intriguing light on his recent efforts to unseat  Yousaf Raza Gillani), while Mian Nawaz Sharif’s assurances of loyalty to Uncle Sam can only evoke a “so what else is new?” response.

It was extremely useful, meanwhile, to find out that rumours of a military coup in 2009 were not entirely made up, and that Kayani had confided in the Americans that, if push came to shove, Zardari would be sent back into exile, partly in an attempt to keep Nawaz Sharif out of power, with Asfandyar Wali Khan being ensconced in the presidential palace. Which goes to show, obviously, how much a semblance of autonomous civilian rule matters to the GHQ. And if the American ambassador raised any objections, they went unmentioned in the relevant cable. No less salutary is the knowledge that the US decided against making any kind of noise about the Pakistani army’s abuses of human rights in Swat — amid powerful suspicions, mind you, that elements in the army (and particularly the ISI) continue to maintain links with jihadist militants.

Shaken by the emergence of home truths that were meant to remain concealed, the Pakistan government, after an emergency meeting or two, opted for the strategy of denigrating the WikiLeaks cables as worthless. The consequences were occasionally comical, not least when Karzai and Gillani faced the media following a meeting in Kabul — and offered a reasonably convincing impression of a Laurel & Hardy skit.

With a fraction of the WikiLeaks cables published thus far, the popular impression of how the world is run has already been transformed. Marginally, perhaps, but transformed nonetheless. It is possible that future revelations from this particular cache won’t intrigue anyone other than students of world affairs. But the website’s efforts have certainly been worthwhile, especially if one takes into consideration previous leaks about the wars in Iraq and Afghanistan. Comparisons have been made with the leaking of the Pentagon Papers in 1971, an act that, by showing how the US government systematically lied to the American people about the Vietnam War, actually helped to end that war. It also led the person responsible, Daniel Ellsberg, to be dubbed “the most dangerous man in America” by none other than Henry Kissinger.

Ellsberg has consistently supported WikiLeaks, and when Assange first appeared in court in London, celebrity backers present at the premises included filmmaker Ken Loach, investigative journalist John Pilger and socialite/activist Jemima Khan, all of them offering to contribute towards a bail deposit. Should the US decide to take action against Assange, he will need — and deserve — all the support he can get. In the meantime, his efforts towards greater transparency can be appreciated and lauded without lapsing into hero-worship.

Efforts by elements in Pakistan, meanwhile, to classify Cablegate as a conspiracy against Pakistan and/or the Muslim world are beneath contempt. Notwithstanding Pakistan’s central position in international areas of concern, it’s not all about us — even though we are very much a part of the far more detailed picture of global affairs that is emerging in the wake of WikiLeaks.

This article originally appeared in the January 2011 issue of Newsline under the headline “Home Truths.”