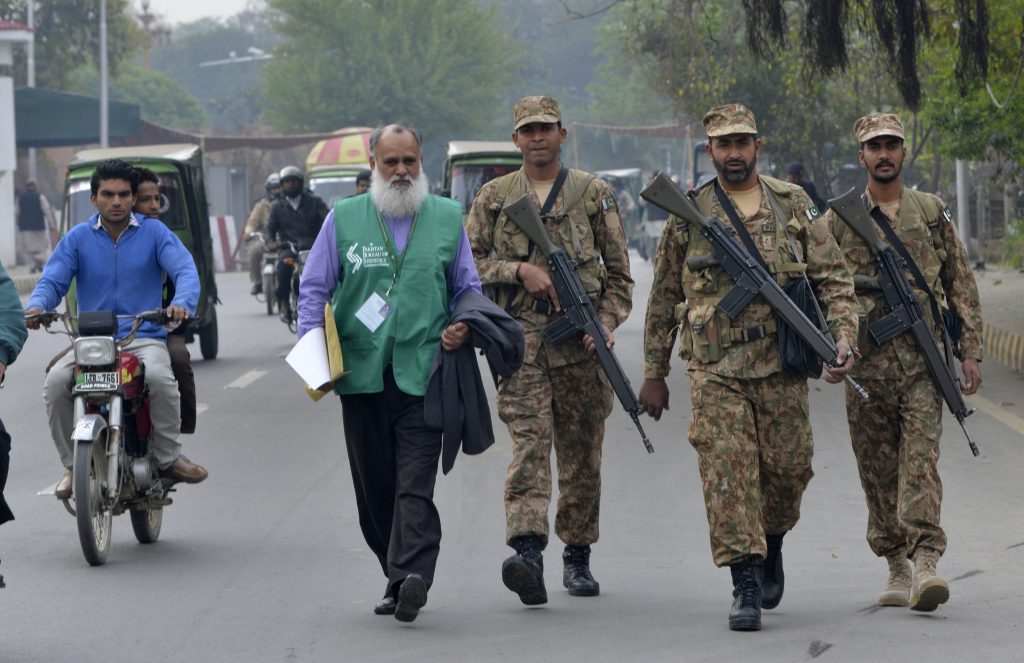 By the evening of May 24, Pakistan will have counted every man, woman and child in the country, at least theoretically, and it may have started feeding the data to the powerful computers at the sprawling complex of the Pakistan Bureau of Statistics (PBS) in Islamabad. What will come out of these computers, is giving many politicians and activists sleepless nights and may be a cause of worry for the government. The numbers generated at the PBS will have far-reaching implications for Pakistan’s politics, economy and the relations between its federating units and various ethnic groups. While they are aimed at facilitating evidence-based policies and delivering good governance, they carry the seeds of conflict.

Never in the history of Pakistan was a census so anticipated and feared. If the Supreme Court of Pakistan, under Chief Justice Anwar Zaheer Jamali, had not overruled all alibis of the federal government and forced it to hold a census, we would still be miles away from the exercise.

The census is being held after a gap of 19 years, a period that comes close to the length of a whole generation. It will take stock of the changes that have occurred in Pakistani society in the last two decades, forcing those at the helm of the country to correct the course of their policies in the light of the new information. The new data is bound to influence political narratives; it will give rise to demands for the reallocation of resources and result in redrawing electoral constituencies that, in turn, may result in changing the relative share of different areas and ethnic groups in political representation and resources.

This period between the two censuses (1998-2017) was perhaps the most tumultuous in our history. Pakistanis witnessed a break in the democratic process, prolonged military governance and then a revival of democracy; we became part of another war in Afghanistan and, this time, the war reached our own streets, wreaking havoc in our society and economy and creating large-scale displacements. Balochis, or some separatists among them, decided to stage another insurgency after a break of three decades. And if all of that was not enough, we went through unprecedented natural calamities: an earthquake in Kashmir of a size never witnessed before in this region, and two disastrous floods. Our economy was ravaged by a global financial crisis and an escalation in oil prices.

It was also a period of runaway globalisation, that paved the way for identity politics and a violent reaction to modernity. Coupled with the internet and revolution in electronic media, we saw our dream merchants and our enemies —‘the other’— arriving on our cell-phones, laptops and television sets. The world arrived in our bedrooms.

We have simply no idea how these changes impacted the demography and ethnic composition in this country and its different geographical areas. We know that terrorism, climate change and crop failure have been the push factors for people in certain areas like FATA, Khyber Pakhtunkhwa (KP), Balochistan and Southern Punjab. We also know that our mega cities, like Karachi and Lahore, have more than doubled in population in the meantime, due to the pull factors. We have, in fact, witnessed a very large movement of people from rural to urban areas and from one region to another, without it being reflected in any statistical data.

We may have a relatively efficient institution in the form of NADRA, but data in NADRA glosses over many changes and hides many facts. The CNIC, around which the entire institution is built, is a demand-led instrument that many poor people opt out of. It also hides the migration patterns in the country, as people may keep an old address on their CNICs for decades.

Getting their statistical handbooks right should be an exciting prospect for any state focused on development. After all, most conflicts and problems in a country arise because the state fails to respond to changes in society in a timely manner. This time-lag can create a dam, hiding challenges and pent-up energies that may erupt at their own sweet will. We have seen how delay in carrying out reforms in FATA proved a disaster for the whole country. 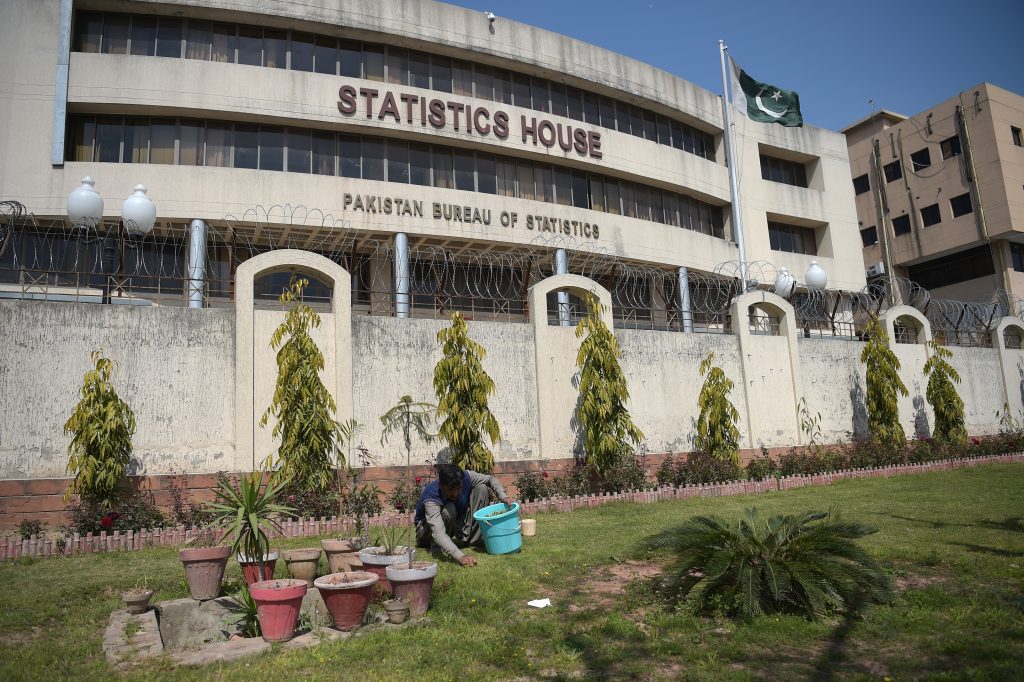 While the government tried to hide behind the excuse of law and order and lack of human resources, it was reluctant to undertake the census exercise due to strong opposition from certain ethnic groups, particularly the Baloch, who are already facing turmoil due to the ongoing insurgency in their land.

The Baloch ethnic parties claim that a large number of Afghan refugees have settled in the province and most of them have even managed to get CNICs. If counted, they maintain, their numbers will tilt the balance of population in favour of Pashtuns. According to the 1998 census, 55 per cent of the population of the province speaks Balochi or Brahui, while 30 per cent speak Pashto.

They also feel that due to the operation that started with the death of Akbar Bugti in 2006, many Baloch have moved out of the province. Those who are still in their homes may be reluctant to present themselves before the census teams — which include military personnel — and share their information with them. It means that any census will result in tilting the demographic balance in favour of the Pashtuns, upsetting the tenuous balance of population between the two ethnic groups in the province.

The survey findings may end up confirming the worst fears of the Baloch. Pashtuns and Baloch have lived side-by-side for centuries without any serious conflict. Can the census put a wedge between the two ethnic groups in the troubled province? This is a question that should trouble us all.

In Sindh, both Sindhi and Mohajir ethnicities are jittery about the changing demographics in the province. Leaders of Sindh nationalist parties, as well the Pakistan People’s Party (PPP), fear that the people in interior Sindh will not be counted properly because many of them do not have computerised CNICS. In Sindh, the PPP as well as nationalist parties are concerned about the fact that 30 per cent of Sindh’s population does not have CNICs, due to which they may remain uncounted. However, there are other real threats. Interestingly, during the last eight years of its rule, the PPP had hardly made any serious effort to fill this gap.

According to the last census, only one per cent of Sindh’s population speaks Seraiki. But, as every Sindhi knows, a sizeable section of the population in Sindh today speaks Seraiki as its mother tongue. However, since speakers of both languages subscribe to a Sindhi ethnic identity, they are enumerated as speakers of the Sindhi language. If this trend changes in the current census, it may easily dent the status of Sindhi in Sindh.

However, the real battleground is Karachi. From 2000 to 2010, Karachi’s population grew more than 80 per cent. According to some estimates, it has already crossed the 20 million mark and the city is still warming up. Most new residents have arrived from the Pashto-speaking areas of KP and FATA, and the Seraiki-speaking areas of Southern Punjab, though many residents have moved from Gilgit-Baltistan, Hazara and Balochistan as well. It is not hard to guess that the Urdu-speaking population in Karachi has already become a minority, though it dominates the city culturally, economically and politically. Much of the MQM activism was aimed at thwarting this scenario.

A political status quo had prevailed in the city because new residents had not been counted and their votes have not been registered. Their votes are still registered in their ancestral areas, though they cannot go back to vote. If the census successfully counts Karachi’s population, it will redefine both the ethnic and political landscapes of the metropolis. It can tilt the balance of seats from rural Sindh to urban Sindh, without favouring the MQM. Will this create volatility or make the residents of Karachi vote for the federal parties?

The census will have serious repercussions for Punjab as well. In the 1998 census, 17 per cent of Punjab’s population was counted as being Seraiki-speaking and 75 per cent as Punjabi-speaking. At that time, Seraiki did not have a separate script and the Seraiki sense of ethnicity had not strengthened to its current level. Times have changed, and this may, since then, have resulted in a serious increase in the Seraiki-speaking population in Punjab. Punjab has also received hundreds of thousands, perhaps millions, of Pashtuns, who have settled across the length and breadth of the province. So the province may show an even more diverse linguistic landscape.

Perhaps, the single most important factor may turn out to be the uneven fertility rates in different parts of the country. The fertility rate is linked to socio-economic development, particularly education and health. The absence of health facilities results in high child mortality, and people react to this with high fertility to hedge their bets. We can safely assume that in those areas where the level of development is lower, the population has grown faster than in the areas where the level of development is higher. This trend puts Urdu-speaking residents of Karachi and Punjabi-speaking areas of Punjab at a disadvantage. This may turn out to be the revenge of the poor on the rich, and the price more well-off areas pay for uneven development in the country.