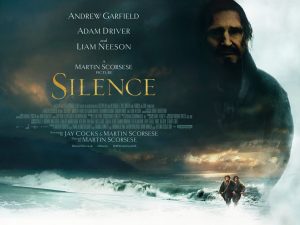 Can the sapling of Christianity, with its western sensibility and tradition, take root in the culturally distant “swamp” that is Japan — or will it wither away? This is a theme central to Martin Scorsese’s new film Silence, based on EndÅ ShÅ«saku’s novel of the same name.

Set in the 1640s and grounded in historical fact, the story follows two young Portuguese Jesuit missionaries (played by Andrew Garfield and Adam Driver), as they travel to Nagasaki in search of their mentor, who is rumoured to have apostatised and embraced Buddhism. It is the first time that a leader of the Portuguese Mission has caved in to torture and renounced his faith.

The significance of this is better appreciated with a basic understanding of the backdrop against which the plot unfolds. The purge of Christians in Japan, initiated by the feudal lord Hideyoshi in 1587, increased in intensity and brutality under his successors, the Shoguns Ieyasu and Iemitsu. By the time our protagonists arrive on the island, however, new ‘methods’ are deployed by the shogun. Whereas mass-executions were turning victims into glorious martyrs, the infliction of brutal techniques of torture are now being resorted to, in an attempt to make Christians renounce their faith.

The concept of ‘silence,’ after which the film is named, takes on many forms in the story. When Japanese Christians willfully embrace martyrdom through the slow death administered upon them rather than renounce their faith, Portuguese missionary Father Rodrigues (Garfield) says and does nothing. He remains silent, selfishly prioritising his search for his mentor and his faith above all else. The local magistrate Inoue (Ogata Issey) accurately points out, “the price for your glory is their suffering.” Similarly, God too remains silent despite the continuous anguish faced by his subjects — a fact that Father Rodrigues reflects upon. Another form of silence is that which the shogunate ruthlessly enforces upon all Christians in the land — particularly the Jesuit missionaries, who after renouncing their faith through torture, have no choice but to remain ‘silent’ hostages for the rest of their lives in Japan, even if in their heart of hearts they still believe.

It is during the conversations between Father Rodrigues and Inoue and his interpeter (played by a charismatic Tadanobu Asano), that we see things from the perspective of the Japanese authorities. While the violence and torture on their part remains unjustified, their concern that the missionaries could be potential threats to the political order is understandable, backed up as it is by numerous historical instances. As the interpreter walks away after an unfruitful attempt at diplomacy with Rodrigues, he says to his guards that Rodrigues is an “Arrogant man; like all of them. Which means he’ll eventually fall.”