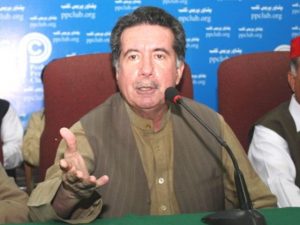 Afrasiab Khattak of the ANP

It is not often that we see Pakistan’s political parties avoiding comment on a matter of national importance, but General (R) Raheel Sharif’s new appointment to lead a 39-country Saudi military alliance is one such issue where many of them are keeping mum. Members of both, the ruling party — Pakistan Muslim League-Nawaz (PML-N) — and the opposition — the Pakistan People’s Party (PPP) — were clearly hesitant to say anything on the record regarding this issue.

Newsline approached the PPP for comment, but received no official response from them. Some analysts believe this is because the PPP has reached a deal with the establishment and does not want to offend the military establishment by taking sides. While the PPP denies these rumours, the party’s silence on Raheel Sharif’s new ‘job’ does lead to speculation, especially in light of recent events related to Ayyan Ali, the return of Sharjeel Memon from Dubai, and the acceptance of Dr Asim Hussain’s bail plea by the Sindh High Court.

While the Awami National Party (ANP)’s Afrasiab Khattak talked to Newsline on this issue in his personal capacity, the official spokesperson of the ANP did not respond to calls or messages, soliciting the party line on the issue. Khattak was, however, more forthcoming. He reminded us that after the Salala attack, the previous parliament’s national security committee met and agreed upon a recommendation that any agreement with a foreign state could only be reached after approval from parliament. Mr Khattak said that in his personal opinion, Sharif should not have accepted the offer as he is not a mere Pakistani commoner seeking a job in a foreign land, but someone who commanded Pakistan’s army in the recent past. “His decision will have an impact on our state as well as the region,” said Khattak. He also raised an important point: what if there is a diplomatic clash between Pakistan and Saudi Arabia in the future? Whose interest will prevail at that time? “We should come up with a policy whereby those who have held important and sensitive positions in Pakistan do not take such decisions unilaterally as it could impact us regionally and internationally,” added Khattak.

Members of other political parties may also have taken individual stands on the issue, but so far the Pakistan Tehreek-e-Insaf (PTI) seems to be the only party that has vociferously come out against this appointment.

Back in 2015, after a joint parliamentary session on Yemen, Pakistan’s parliament passed a resolution to “maintain neutrality in the conflict.” PTI’s stated position is that Sharif’s new post is against the spirit of that parliamentary resolution. “We don’t know as yet what this 39-country Saudi alliance is all about, but considering the tension between Iran and Saudi Arabia, it could potentially be seen as anti-Iran. It is in this context that General (R) Raheel Sharif’s new post becomes controversial,” said PTI parliamentarian Shafqat Mahmood. 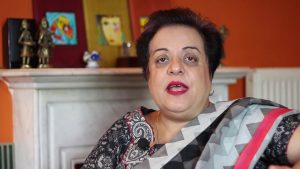 Members of the PML-N meanwhile, have commented on this appointment on the electronic media during talk shows, but sparingly, and only because they could not be seen to be making an outright refusal to comment on the issue. However, while others were more guarded in their words, Federal Minister for States and Frontier Regions (Safron) Lt General (R) Abdul Qadir Baloch openly said that the former army chief will become controversial if he takes up this post. Talking on a Dawn news show, ‘Doosra Rukh,’ Baloch said Sharif’s new post “might lessen the respect he has earned.”

And while officially the PML-N went into damage control mode after the appointment and grant of the NOC was announced, many PML-N parliamentarians have, in private, stated that Sharif should not have taken this job. They say that the former army chief must have had a ‘job interview’ with the Saudis for this post, but he never sought the government’s permission for that interview. It was only after the government found out from other sources about what was brewing that it yielded to pressure and capitulated regarding the NOC it gave the general. 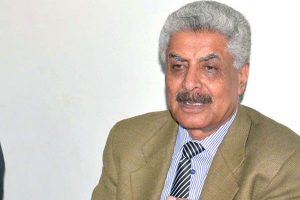 When asked whether PM Nawaz Sharif was the one who landed the retired general this post to begin with, one PML-N member scoffed at the question, saying the former army chief and the premier were hardly on good terms considering the anti-democratic measures taken during Sharif’s tenure — i.e. pressure exerted on the PML-N government to relinquish control of foreign affairs and defence policies. PML-N members also question why the PTI is now taking a ‘principled stand’ on this issue considering they never said anything against the former chief during the dharna days. Could it be because then the PTI was being propped up by the military, they ask.

Some politicians even question whether the former army chief would have even dared to make the three conditions that have been discussed in the media in front of the Saudi king before accepting the post. It should be noted that only when rumours started surfacing in public regarding the appointment did talk of the three ‘conditions’ put forth by the respected general come up — and that too through Lt General (R) Amjad Shoaib on a show on Samaa TV. According to Shoaib, the former army chief asked for Iran to be included in the military alliance; stated that he would not work under anyone else’s command; and that he would have the mandate to act as an arbitrator if need be to promote peace among Muslim countries.

Another important question that has recently cropped up, but is not part of the general debate, is about General (R) Raheel Sharif’s uniform when he assumes command of the Saudi-led force. Will he wear a new military uniform and give up his Pakistani uniform? If he decides to don his Pakistani uniform, would it not put Pakistan in a strange position in the Arab world?

Our country, already riddled with sectarian strife, cannot afford to be part of a possible anti-Shia alliance. This post — despite what we are being told about the ‘conditions’ laid down by the former chief — will end up putting Pakistan between a rock and a hard place.