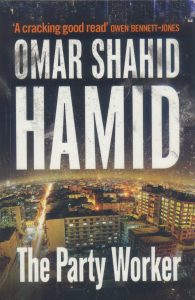 Why would a political personality that wields immense power and influence in Pakistan, need to flee the country? 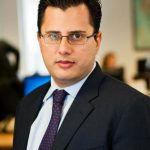 This question surfaces twice in Omar Shahid Hamid’s novel The Party Worker. It is a paradox that is incomprehensible to a New York Police Department (NYPD) officer, as well as a young girl living in Karachi. They are not familiar with the cultural complexities that mould the politics of the metropolis. Mohammed Ali Pichkari, AKA ‘the Don,’ is an increasingly isolated overlord, who runs the most influential political party in Karachi — the United Front — from his penthouse in Brooklyn, NY. Asad Haider is his right-hand man, the remote control through which the Don pulls the trigger. Despite having a reputation for being the most feared man in Karachi, Haider too lives in exile, in Dubai. The United Front, or ‘the Party’ as it is commonly referred to, was founded by a cadre of friends at university. But once they carved their place in the heart of the city, the Don, growing increasingly paranoid, found reason to eliminate his colleagues, one by one. Sound familiar?

Besides the obvious comparison to Altaf Hussain, the Don also has shades of Asif Ali Zardari and Zulfikar Ali Bhutto. At the other end of the spectrum is Lyari gang leader Baba Dacait, the Don’s potential usurper and political aspirant. Also opposed to the Party is a secret faction of dissenters from within it, known as ‘the Others’, of which Byram Dinshaw, AKA ‘Bhenchod Chacha,’ “a relic of a bygone age,” is a member.

While the novel is egalitarian in its allocation of space and time to an ensemble of characters, there are two that come closest to being potential protagonists: Haider and New York detective Anthony Russo. It is these two characters that readers are made to empathise with the most. Detective Russo appears to be the only one managing to keep his head above water, in an ocean of intrigue and injustice that includes the CIA.

Ismail the journalist, another prominent character in the story, is portrayed as a parasitic and opportunistic little worm, for whom the reader is made to feel the most contempt, much more so than the Don or Baba Dacait, who aren’t without their depths and, in the case of Dacait in particular, have had disturbing childhoods. The journalistic community, personified by Ismail, is projected in an image that is unrestrained by the entrapments of political correctness. On many levels, it is Ismail who is the predator, even though he may pose as a victim. As the author is a senior member of the Karachi Police’s Counter-Terrorism Department, he is able to draw comparisons between the ground realities he has witnessed on the job and the portrayal of these by the media. As is the case with a large section of the mainstream media in Pakistan, Ismail does not probe beyond clichÃ©d analogies of complex developments that require an in-depth understanding of events. Instead, he is quick to pigeonhole them into stereotypes, while focusing most of his energy on the procurement of fame. When finally confronted with danger, Ismail realises: “I like to think of myself as someone who has seen the dark underbelly of this city, but it is one thing seeing and hearing about such incidents, and something totally different when you find yourself in one.” The sequence in which Ismail is briefly abducted and manhandled, plays out almost like a revenge fantasy, partially tongue-in-cheek, where no sympathy is shown towards the journalist.

Interestingly, the chapters that focus on Ismail are narrated by his character in the first person. This enables the author to deploy the exact language in which Ismail would think to himself, thus creating a comic effect and at the same time making the narrative sound like a Q and A session, or a report, written by a less-than-accomplished journalist. Other chapters, narrated in the third person, create the impression of an investigation conducted by the reader, who is put in the shoes of a detective. In many instances, when a character speaks, it seems they are responding to an interrogation. In this manner almost all characters are made to look suspect and the reader feels like part of detectives Russo and Cardenas’ team.

Although the novel has an air of noir fiction to it, the suddenness with which shocking, vivid details transport us to the other side of the bridge reminds us that such insight can only be provided by a member of the Karachi Police. The genre is thus a hybrid, where local cultural realities, such as family customs, the commemoration of Ashura, the criminal mindset and a crumbling Parsi mansion, all create an interesting backdrop for a local variation of noir.

The concepts of honour and izzat (respect) are recurring themes, portrayed as cultural fabrications that are deployed as and when convenient, often in contradictory ways. When detectives Russo and Cardenas interrogate the Don in New York regarding the attempt on Haider’s life, he exploits these notions as the driving force behind “irate husbands and fathers,” who wanted to exact revenge. Cleverly, he highlights that cultural differences may prevent the American cops from understanding the delicate nature of the issue: “This may not be so important here, but in our culture, this is a very big thing.” Similarly, it was the concept of ghairat (honour) that drove Dacait to murder his mother, who was a prostitute, yet ghairat didn’t stop him from the very act of murder itself, or of rape, both of which he commits in abundance in his lifetime. Haider is the only character to gain insight into this hypocrisy when he reflects, “the shadow of tradition has always stalked this family.”

Another central theme of the story is how the Party uses the guise of ‘liberalism’ to validate itself in the international media, particularly in the eyes of the US State Department and the CIA. Post 9/11, the Party was the only visible force that vaguely opposed Islamic fundamentalism, and so it used this card to the fullest to gain brownie points, hoping to conceal the fact that it uses terror tactics for its own needs when necessary. 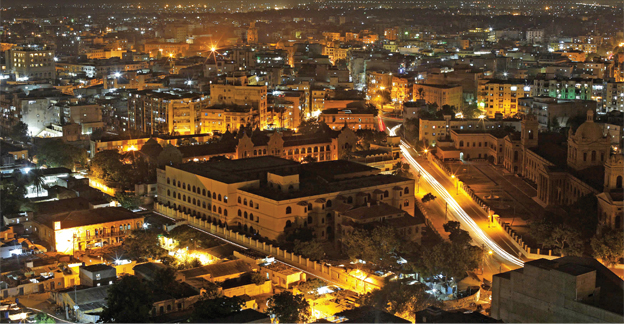 In the novel, the “Chandio family” is a direct reference not to the real-life family of the same name, but another, more prominent political dynasty of Sindh, the patriarch of which, “had been hanged by the army while he was prime minister.” We follow Dacait as he goes to pay his respects at the family home in Clifton. This part of the story, fast-paced and with intricate twists and turns, makes one wonder whether it is a parody of the bitter memoirs written by various estranged scions of that family.

The novel is at its best when it highlights the camaraderie between detective Russo, detective Cardenas, and the Chief of Department of NYPD, Daniel Esposito, who asks Russo, “Tell me, what do your instincts tell you about this Don character?” This is one of the few moments in the story when the two detectives aren’t up against a wall of resistance (put up by lawyers, the US State Department and the CIA). For the first time, their theory regarding the Don is acknowledged by a higher authority and a semblance of justice seems to surface, thus providing the reader with a sense of exhilaration. Another high point is when we are provided with a taste of “an older and gentler Karachi” in Bhenchod Chacha’s rusty mansion, or his family-run bakery in an old part of town. At one point, old members of the Party recall their first jalsa in Nishtar Park, where wedding singers were hired to sing a variation of the Vital Signs song, “Dil Dil Pakistan”: “Dil Dil United Front.”

As the plot, full of unexpected twists and changing allegiances, builds up to a grand finale, we learn how “politics [really] makes the strangest bedfellows.”