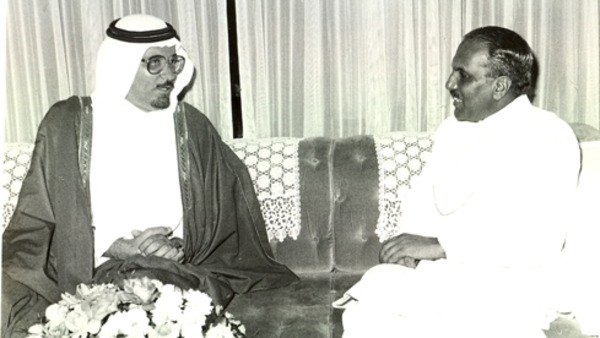 Pakistan’s decision to formally join the Saudi-led 39-nation ‘military alliance’ for countering terrorism reflects its traditional policy of maintaining closer interaction with conservative, monarchical regimes of the Middle East and the Gulf region. This dates back to the 1980s, when, after the Islamic Revolution in Iran in February 1979, there was increased polarisation in the Middle East between conservative, monarchical and pro-America countries, led by Saudi Arabia, and what were then described as radical Islamic and anti-America states, that included Islamic Iran, Syria, Libya (of the Colonel Gaddafi era) and the Palestinian Liberation Organisation (PLO). By the mid-1980s Pakistan was close to Saudi Arabia and other conservative states that provided it with economic assistance. Further, Pakistan under General Zia-ul-Haq (1977-1988) developed a special relationship with Saudi Arabia as General Zia’s military government embarked on the “Arabisation” of Pakistani culture and society and Saudi Arabia provided financial and political support to General Zia’s policy of Islamisation of Pakistan on conservative lines.

Nawaz Sharif pursued the relationship with the Middle East in the same tradition, especially because the Saudi royal family played an important role in saving Nawaz Sharif and his family from the clutches of General Pervez Musharraf in December 2000, and additionally facilitated Nawaz Sharif’s return to Pakistan in November 2007. Therefore, the Sharif government had committed to join the coalition in 2016, which has now been formalised.

However, the guiding principle for the deployment of serving or retired military personnel in Saudi Arabia and other Gulf kingdoms was that Pakistani troops would not get involved in any intra-Middle East conflict and that they would ensure the Saudi security within its territorial boundaries. This guiding principle, coupled with the resolution of the National Assembly, restrained Pakistan from sending its troops to Saudi Arabia for an active security assignment in strife-ridden Yemen. This guiding principle may come under strain when Pakistan despatches its troops to become part of the coalition of Muslim countries.

General (R) Raheel Sharif is assuming the responsibilities of a multi-national force whose terms of reference have not been settled. It is not yet known who will foot the bill and where its special forces will be based, whether the coalition will undertake counter-terrorism operations in Muslim countries and under what terms and conditions, and whether it will contribute to the capacity-building of military forces of various Muslim countries.

The experience suggests that a multi-national force cannot be successful unless the states of the region have a shared security agenda. If the states engage in conflicts from time to time on the grounds of dynastic jealousies, regime rivalries, non-congruent ideological orientations and diversified foreign policy agendas, alliances or coalitions do not become viable. Given these problems in the Middle East, it is difficult to surmise if Pakistan and General Raheel Sharif have made a prudent decision to be part of an arrangement which is all in the air. Until its terms of reference are agreed to, the command and control system is articulated and mechanisms are evolved for addressing the designated issues, there will be doubts about the credibility of the multinational force.

Dr Hasan Askari-Rizvi is an independent political and defence analyst and the author of several books on South Asian affairs.