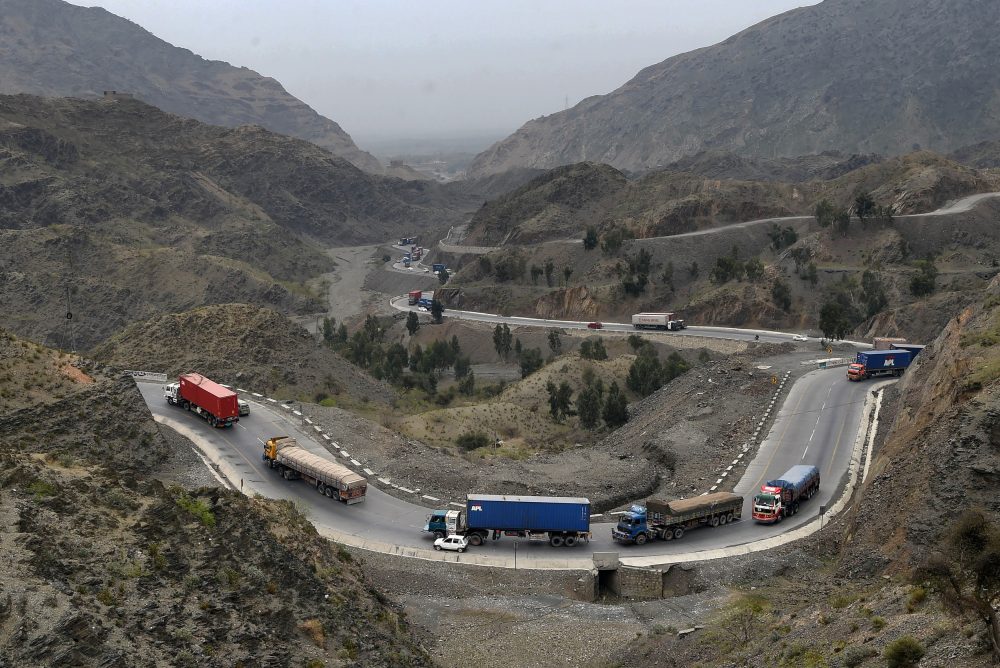 Trucks and other vehicles travel in the mountainous area near Torkham

More often than not, we get bogged down by issues of relatively less importance when dealing with Afghanistan. In doing so, we tend to overlook the macro picture. We ignore the huge challenges and vast opportunities that lie ahead. We lose sight of how a stable, peaceful Afghanistan could be a bridgehead to a resource-rich Central Asia and the unlimited potential for the socio-economic emancipation of millions of downtrodden residents in the region, if durable peace were to return to it — a peace underpinned by robust institutions that reflect the aspirations of the people.

But, regrettably, the focus is on initiatives such as the requirement of passports, closure of borders, the occasional shelling, the forcible repatriation of refugees, all of which, cumulatively, breed anger, acrimony and hatred. While hostilities deepen, the real issues, such as seeking reconciliation, mainstreaming the Taliban and ending the conflict, are pushed to the background. The war goes on casting its deep shadows on the impoverished people, as well as souring relations between the two countries.

There is a need to project into the future. Ending the conflict, or helping to create an environment conducive to genuine peacemaking, should be a top security and foreign policy priority. The question is: are we doomed to live in a state of confrontation with hostile neighbours for eternity? In the globalised world of the 21st century, is it prudent to shut our doors to trade with important neighbours?

The rank and file Pakistanis do not share the rationale behind the continuously strained relations with Afghanistan or India. The objective reality is the appalling poverty in Pakistan: more than 12 million children do not go to school; more than 70 per cent of the population does not have access to clean drinking water; more than 60 out of 1,000 newborns are losing the struggle for life; millions are unemployed and more than 40 per cent live in multi-dimensional poverty. 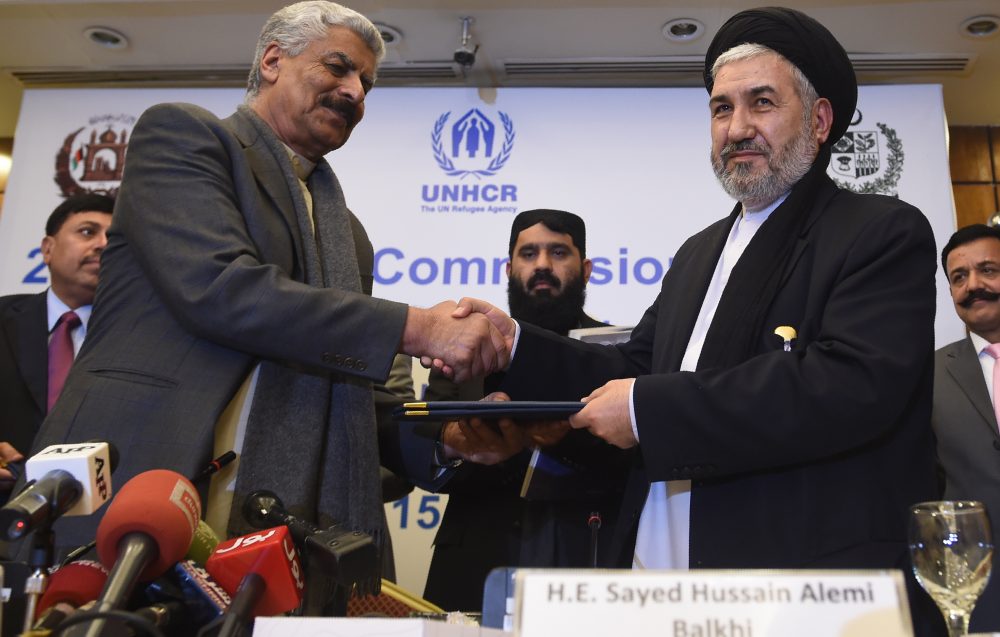 Peace is indispensable for the socio-economic emancipation of people living in the AfPak region, and that hinges heavily on ending the conflict in Afghanistan. For sustainable peace, it is imperative that the fighting ends. Military action has failed to defeat the Taliban movement for 15 years. If coalition forces, comprising 140,000 troops and armed with the most sophisticated weaponry in the world, were not able to wipe out the small number of Taliban fighters, the lesson is that adding more troops won’t solve the problem.

In addition to the foreign troops, the 30,000-strong Afghan security forces have also been battling the Taliban for the last 15 years. Inevitably, there has to be a negotiated solution to the unending agony of the people in this war-ravaged country.

How does one initiate a dialogue that is predicated upon the cognisance of the ground realities and that has the promise of launching Afghanistan on a trajectory of durable peace?

Pakistan can play a role in this historic endeavour. For any meaningful dialogue to start, it is imperative that issues which require deliberation be clearly identified. Having identified these, options must then be explored to find a convergence of views that could lead, over a period of time, to a possible reconciliation. The root cause of the conflict in Afghanistan has been, and continues to be, the presence of foreign forces and their military bases. How best can one create conditions that enable the gradual withdrawal of US/NATO forces and ensure that peace and stability are not threatened?

This can only happen if the Taliban and the Afghan government reach a consensus on governance structures, the extent of an Islamic system and the formation of a multi-ethnic transition government that would pave the way for an elected government. This is no easy path, given the deep hostility and history of conflict in that country. But there is one crucial point that could make this stupendous task easier: people in Afghanistan — the rank and file Afghans, the rural and city dwellers and the impoverished millions — are all fed up and tired of conflict. They desperately long for peace to return and would give their backing to any campaign that has the potential to deliver peace. This should give some fuel for hope in peacemaking efforts on all sides.

Pakistan can hope to facilitate a three-way dialogue, i.e. between the Taliban, the Kabul government and the US. China, whose credentials are accepted by the Taliban, can play a joint role with Islamabad, providing whatever support is possible in terms of the Taliban leaders joining the parleys.

China’s efforts at peacemaking are based on the fact that the Afghan /foreign forces have not been able to defeat the Taliban for 15 years. At the same time, it is unlikely that the Taliban would be able to take control of the country by defeating the coalition forces. Hence, the inevitability of mainstreaming the Taliban on mutually agreed terms underwritten by countries such as China, Turkey, Iran, Pakistan and the three Central Asian countries bordering Afghanistan. 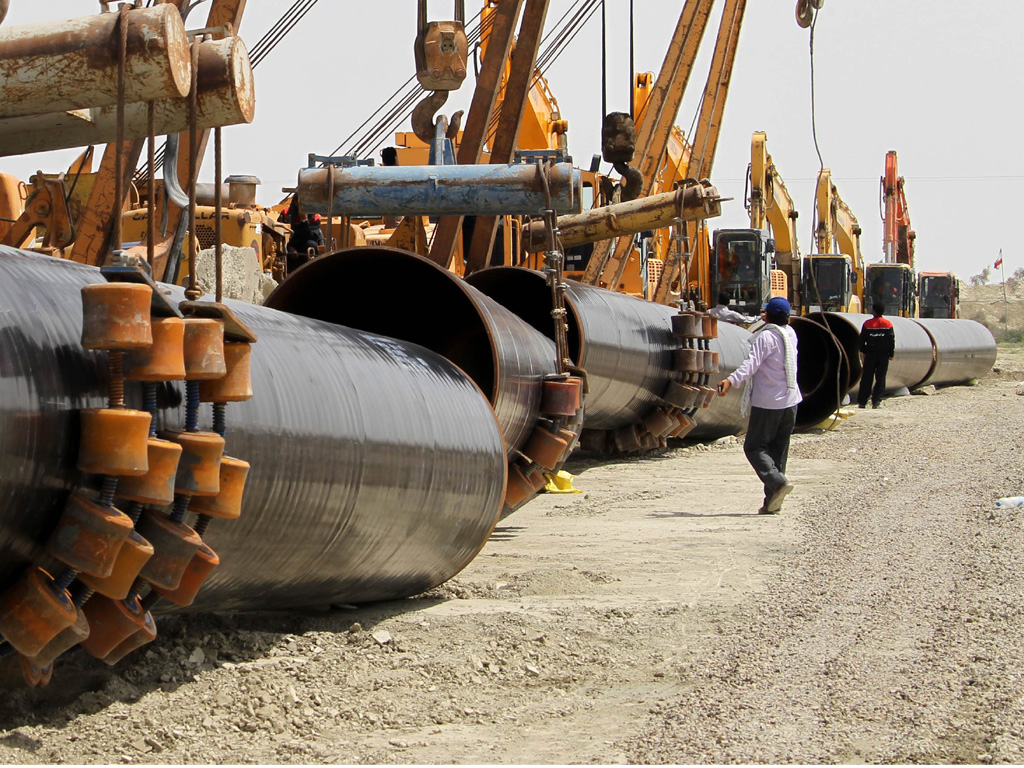 After reaching a consensus on the broad contours of a multi-ethnic, transitional government, attention can then be focused on the tricky issue of the withdrawal of foreign forces within a stipulated period of time. But as endeavours to end the conflict continue, Islamabad must also take stock of the relations in a broader historical perspective. The Turkmenistan-Afghanistan-Pakistan-India gas pipeline, the Tajikistan power lines and the CPEC would figure prominently in resetting Pakistan’s relations with these countries. For a balanced, realistic and future-oriented policy, Islamabad would have to take short-term and long-term measures.

Pakistan shares many rivers with Afghanistan, the Kabul river being the most important, as it contributes about 16 per cent of the Indus river system’s water — the lifeline of millions of Pakistanis. The two countries must begin a discussion on sharing of waters, because Afghanistan is planning to execute a number of upstream hydropower schemes with storage reservoirs. That would certainly affect the downstream riparians.

Both Afghanistan and Pakistan are water-stressed countries and a growing population would have to rely on a dwindling water supply that will affect people, crops and livestock.

Opium production in Afghanistan has peaked at 5,000 tons and has spread to a cultivated area of more than 220,000 hectares. That poses a threat on multiple grounds, because a large part of this is converted into heroin. By forcibly pushing the Afghan refugees out of Pakistan, Islamabad is playing a dangerous game. On the one hand, it is defying international law and on the other, it is helping to create a deep sense of acrimony and hatred amongst Afghans. The favourability rating for Pakistan has already plummeted to a dismal five per cent. Moreover, with insurgency raging across the country, how could refugees hope to find shelter in areas that are most acutely affected by the conflict?

By passing on notes containing names of potential sponsors of attacks on Pakistani soil to the Afghan government, Islamabad is just fulfilling an obligation. Beyond that, it should not hope to achieve anything substantial, because the government in Kabul has its own grave limitations. It has no administrative control over about 35 per cent of its territory. How can it nab wanted people who move around in such areas and hand them over to Pakistan? Such people do not operate with the connivance — overt or covert — of the Kabul government. This must be clearly understood.

There is a popular perception in Pakistan that the Afghan government, particularly the National Directorate of Security, is operating under the influence of the Indian agency, RAW. True, India has considerable clout in Afghanistan for a number of reasons and its favourability rating is one of the highest. The question is, to what extent would the Afghan institutions allow such ingress? Additionally, would the Americans acquiesce in a situation where unnecessary and unwarranted suspicions are aroused by such invasive tendencies?

The Durand Line issue is not one that would cause a breach in relations — now, or in the foreseeable future. The two countries must look forward, resolve their many issues and meet challenges that affect stability, peace and the lives of millions of people. They can work together to confront poverty, environmental degradation, illiteracy and extremism, and join hands in exploring the enormous hidden mineral potential of the region, to ensure a better future for their peoples.