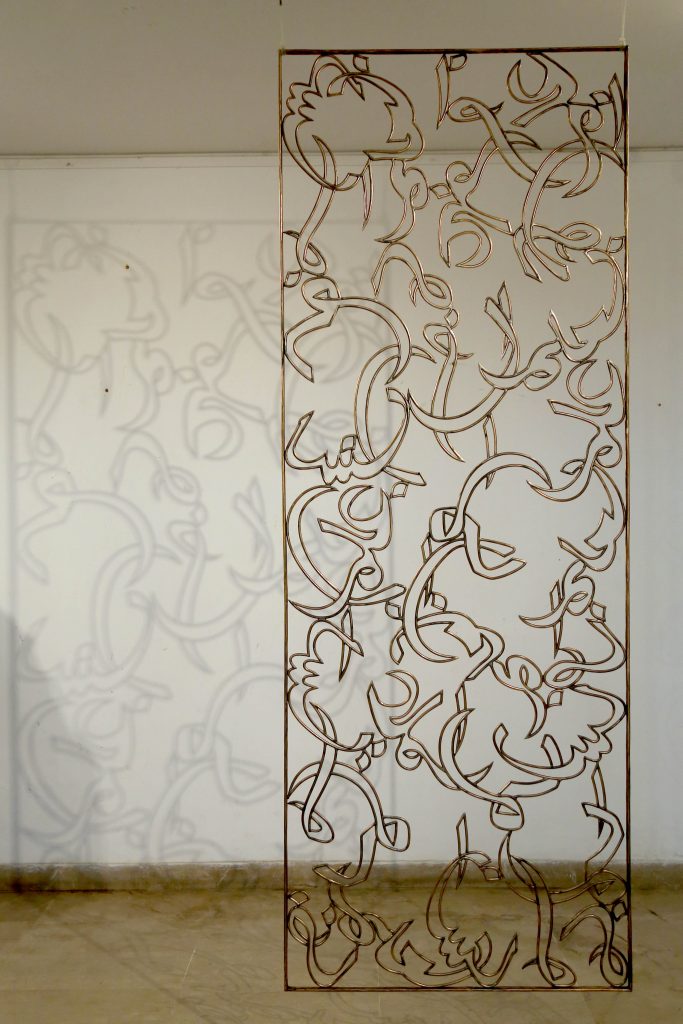 Even before I knew the meaning of taqseem, I felt it when I was separated from a beloved grandmother. The adults around me talked incessantly about uncertain visas, conditions, and the long distance that stood between me and Ammaji, my naani, till she passed away. Amma was a soft-spoken, petite and elegant lady with a steely strength that was revealed only in her eyes. Taqseem had torn apart her family and tried to unsuccessfully do the same to her love for them with prolonged separations.

The taqseem made me the inhabitant of two homes. The Aligarh one, with a red brick-lined courtyard and a brass nail-studded door, nostalgically called deorhi, which had been a witness to the times of screened horse carriages that took my mother and aunts to school and later to college. Speaking of college, my mother and aunts would reminisce about a time when male professors held lectures from behind a curtain for female students and the firebrand writer, Ismat Chughtai, introduced ideas of emancipation. Heavy rosewood furniture anchored the space in rooms with vaulted ceilings, where small revolving skylights were tethered with a cord to the wall.

All this was so different from the Karachi home, with its prints of Salvador Dali and Picasso looking down on kidney-shaped coffee tables and low sofas. The memories of both places are seamless as they needed no visa to meet, nor the exchange of letters. My mother always had a wad of Aerogrammes, that served as pages of a diary that were frequently shared with her mother. Emergency communication was via telegrams known as taar, since to book a ‘trunk call’ (as overseas calls were referred to in the 1960s), meant a trek to the Post Office Headquarters on I I Chundrigar Road.

Zarina Hashmi, whose trajectory from Aligarh to New York City, spread over more than half a century, has documented floor plans of houses she lived in and maps of borders she crossed. In bold but blurred lines of her woodcut prints at a recent show called Taqseem curated by Zarmeene Shah for Koel Gallery, was a plan of her Aligarh house. Its generic floor plan echoed my grandparents’ house, Koshak. What does Koshak mean? I remember asking as a child and was told that it meant yellow, a tone between haldi and zafran, gainda and surajmukhi. The poetics of the hue never quite made sense to me as yellow was the innocuous colour of cantonment houses that dotted my neighbourhood in Karachi.

At the same show, another work that had a powerful resonance for me was Amin Gulgee’s metal screen with calligraphy, its metal lines nuanced with shadows. These shadows seem to act as a metaphor for slippages and erased moments of history. The script, though without meaning, was nevertheless loaded — the reminder of yet another taqseem in 1971. One that was nurtured in the crucible of outrage, following language riots in Dhaka. The shadows brought alive the never-quite-focused Urdu text in old books with yellowing paper that never got a chance to wear fancy dust jackets as they were conceived in another time.

On a personal level, the shadows became elusive quotes, as layer upon layer of personal meaning opened up limitless possibilities. The calligraphies extended into tendrils of vines of loki and turrai that covered the inner courtyard of Koshak my Khalu, a professor of Psychology, tended and harvested them every morning, without fail.

The fragrance of that juhi made its presence felt every evening; it was as pervasive as the ittar my grandmother wore. The tendrils twirled into an arabesque to connect sprigs on the pristine matrix of her starched white mulmul and colourful silk saris.

Different generations of Pakistanis will get an opportunity to look at taqseem from their vantage point, individually and collectively, to pen the biography of a nation. For some it will be full of nostalgia for other times and different ideals. A pragmatic generation will count the debt and strategise to deal with urban disorder, but all will acknowledge what it’s like not to be homeless and have a country to call home in yet another turbulent century.