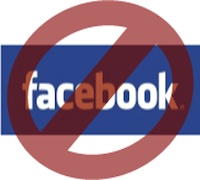 Mass censorship? As the LHC considers to place a ban on Facebook (again), people wonder where the censorship will stop.

In Pakistan, blanket bans and censorship have been a regular feature. Since 2006, there have been instances where YouTube has been blocked, and more recently, Facebook. While the pretext is national security, the protection of Islam or the interest of the greater good, political motives have almost always been behind these acts.

There were many critics of those lobbying against the ban on Facebook ban in May 2010, the constant criticism being: It’s just a ban on Facebook, get over it. But actually, it wasn’t “just a ban.” It was about how we react to blasphemy, it was about the prevalent tendency to lynch others for what they say without hearing them out properly, without verifying, without giving second chances. It was about political appeasement, the use of religion for political purposes, and it was about the unconstitutional overstepping of authority by state institutions and departments. So it was not just about Facebook.

It was expected that the Facebook ban and Internet censorship chapter would not end just there, especially with the new media boom and current online practices (see The New Media Revolution). It was only to be expected that with the rapid proliferation of news and views, and the increased use of social networks not just for social interaction but also business, activism, fund-raising purposes or simply voicing one’s opinion, more crackdowns would follow.

The first red signal came with the out of the blue statement by Information Minister Rehman Malik saying he has taken “strong note of websites and SMS propagating anti-Islam agenda and ordered blockage of these websites within 24 hours.” He also ordered the Secretary Interior to trace all those websites “propagating against Islam,” and instructed him to register cases against the persons involved (see Another Round of Censorship?).

And now, until May 10, the Lahore High Court will look into the “record of previous petitions filed against the social networking website Facebook for blasphemous content,” reports the Express Tribune. This time, the LHC has been requested by the petitioners (Mohammad and Ahmad via Advocate Mohammad Azhar Siddique) to place a permanent ban on Facebook.

Keep reading to discover Newsline‘s extensive coverage of the Facebook ban in May 2010:

A press conference called to discuss the ban on Facebook culminated in a mob’s boycott of the people proposing to revoke the ban.

Pakistan is not new to censorship. But trying to censor the Internet is a futile task.

Pakistani Citizens Demand their Right to Speak without “Fear of Threats”

Pakistani Citizens Against Internet Censorship and Intimidation have faced threats and violence since protesting, writing and speaking out against the blanket ban on Facebook and other websites. In an effort to stand up for everyone’s right to access of information and their right to peacefully voice their opinions, they have issued the following statement…

From the Magazine: The June 2010 Cover Story

It’s Not About Facebook…It’s About Facing the World

From the very beginning, it has been more than just about Facebook. The disrespect shown to the Prophet (PBUH) was not disputed by anyone and there was unanimity that the page should be blocked. But the explosive reactions by citizens and the conduct of the decision-making and implementing bodies have been questionable.

Was the blanket ban on Facebook and subsequently other websites within the ambit of Pakistan’s Constitution?

Interview: Babar Sattar. “When things are simmering, nobody wants to take a position.”

Babar Sattar is an Islamabad-based lawyer and columnist. In an interview with Newsline, he discusses the powers of the judiciary and the executive in the context of the recent ban on Facebook.

Facebook is not just about young people pretending to sell coffee in CafÃ© World. It’s become a place for real people to conduct real businesses, and see some big, real returns.

Looking Back on the Facebook ban: Pakistan is not the only country in the world with blasphemy laws, but they are the only ones who seem to be using them, as was obvious from the Facebook ban.