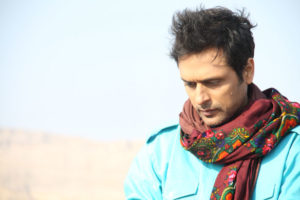 Strings have released their new single Mein Tou Dekhounga, which has been heralded nationwide as the New Age national anthem. Newsline talks to Bilal Maqsood about the new single and Strings’ plans for the future.

Q: There are no sponsors for Mein Tou Dekhounga? Was that a deliberate move on your part?

A: Nowadays, to air your video on all the channels is next to impossible and sponsors buy time from the media and air the song. So, although we did think of a sponsor initially, and even had good offers, we realised the song would lose its purity — profit was not the aim. The CD is available for only Rs 18 in the market. The publishers, Karachi Music, are also not making a profit on this.

Q: Who came up with the concept for Mein Tou Dekhounga? Is it true that this song emerged from a song you were writing for your children?

A: It was a very small concept. I wanted to write a song for my kids about what Pakistan was, a Pakistan that they have not seen. In my childhood we would play out on the streets, cycle, walk to corner stores — but today we can’t even think of our kids stepping out of the gate alone. So the direction we are heading in today was a concern when I was writing this song. 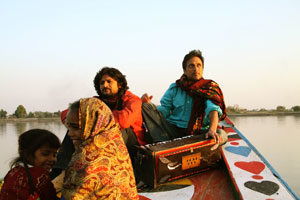 Q: Your father, Anwar Maqsood, usually writes the lyrics for Strings. Why did you write this one?

A: I wanted to tackle a lot of issues in this song. Feudalism, political instability, roti, kapra, makan, the untapped potential of our expat community and, obviously, politicians who have made a mess of this country. That was the basic idea: to convey a message to the troublemakers and to give hope to all those who have lost all hope in this country. When I am composing a song I usually write rough, dummy lyrics and I share them with Abbu, and then he develops them. I wanted to write songs like Ab Khud Kuch Karna Paray Ga myself. And I realised what I’m thinking and want to translate to my audience no one else can do for me — no matter how bad my Urdu is. (Laughs). When I read this song out to Abbu, he said, ‘There are a few mistakes,’ but maintained he didn’t want to correct them because the message was coming through strongly. He said, ‘Let it go like it is. It is sounding beautiful.’

Q: What is the video about?

A: It generally takes us 10-15 days to come up with a final concept for the video. With this song, which is basically aimed at children, we feared that the message we wanted to put across might be diluted by complex visual imagery. So, as we delved into it we decided to keep it very simple. We sing for the kids, they are the future of Pakistan. They give us hope. The song is like a prayer, a dua for a better Pakistan.

Q: Where was it shot?

A: It was shot in three different places. The first is Rani Kot. It is the biggest fort in the world constructed on a radius of 28km, about a two-hour drive from Hyderabad. We wanted to shoot it in Waziristan, in the mountains, but Jami (the director) had scouted this place before and said, ‘If I find the same terrain in Sindh, then why would we shoot the video in Waziristan? The boat sequence is in the Sukkur Barrage and the sarsoon ke khet are shot in Moro.

Q: Koi Aaney Wala Hai was released in 2008. When is your next album due?

A: We have 20-25 songs, and out of them 16 are really nice, but we don’t want to get into recording now because we cannot justify our efforts and promote the album the way we want to when Pakistan is going through these times of crisis.

Q: Why is political volatility holding you back? Surely your music will help lift spirits…

A: We don’t feel like working on romantic songs right now. Our recent work, and this one in particular, was almost done on autopilot. We hope that we don’t have to release another single like this one — we’re hoping Pakistan’s situation improves. But if not, then we feel duty bound to take responsibility to instigate change. Pakistan has given us a platform, a powerful tool that needs to be used. 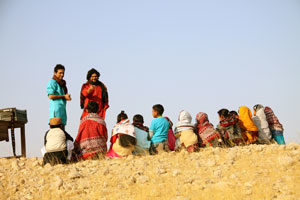 Q: Patriotic songs are almost a trend now. Is this because of commercial viability, or is it the need of the hour?

A: We are working on zero profitability right now. Even Jami did not charge anything for this, nor did the team. Not a single penny. The mindset in the country is such that one cannot think of anything else — especially those who are connected with the creative arts.

Q: And your long-term plans?

A: We take inspiration from bands like Aerosmith, the Rolling Stones and U2. They are still touring the world and making great music. We hope when we are 65 we are still making music and travelling the world.