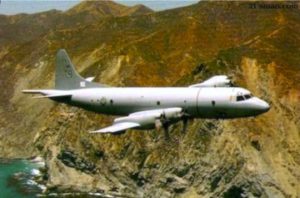 Perhaps the civilian government in Pakistan exhibited a lackadaisical approach by waiting two days before calling a defence committee meeting after the ignominious event at PNS Mehran. The military establishment too was less vocal, probably taken aback by the magnitude of the operation. In fact, the temporal proximity of the Abbottabad raid on Osama bin Laden and the attack on the naval base in Karachi have shaken the very fundamentals of the civilian-military complex entrenched in Islamabad.

It may so happen that the Pakistani government has adopted the stance of downplaying these incidents in order to rub off the humiliation with reasonable Ã©lan. Nonetheless, what are noteworthy in this regard are the reactions in strategic and diplomatic circles in India, Pakistan’s “childhood enemy.” There is no gainsaying the fact that both the neighbours are always wary of a conventional war with each other and hence any reaction and counter-reaction shape up according to that underlying “fear factor.”

This time around, though, the reactions did not suggest either wholehearted jubilation or animosity. Perhaps, there was a bit of elation, but the public dialogue certainly reverberated sentiments of concern.

On May 24, Rajat Pandit, in India’s leading daily, Times of India, exulted:

“Pakistan has lost almost half of its sophisticated long-range maritime snooping and strike capabilities in just one well-targeted jihadi attack on naval base PNS Mehran in Karachi that ended on Monday after a 15-hour gun-battle which left 10 security persons and four attackers dead. At least two of the five P-3C Orion long-range patrol aircraft, supplied to the Pakistan Navy by the US, were destroyed in the attack.”

He even quoted an Indian navy officer who echoed the above, and then Pandit further asserted: “The irony is stark. Pakistan got the P-3C Orions, packed with radars and weapons like the E-2C Hawkeye 2000 airborne early-warning suites and anti-ship Harpoon missiles, from the US as part of the around $15 billion military aid in the name of the global war on terrorism over the last decade.”

In fact, and quite reasonably so, the Indian Naval establishment feels that out of this fiasco, there are lessons to be learnt by India too. Taking note of the fluid security situation in South Asia, Nirmal Verma, Chief of Indian Navy, on May 24, exhibited the desire to develop the capability to deploy India’s warships, submarines and aircraft at “immediate notice.”

Actually this was the second consecutive breach of sovereignty of Pakistani territory. The earlier one in Abbottabad caused India’s former foreign secretary MK Rasgotra to curtly state the following: “There was of course a violation of sovereignty, but there is not much they can do about it.” Whereas the ever-outspoken former Indian representative at the UN Disarmament Conference in Geneva Arundhati Ghose passed a rather interesting comment: “The sovereignty of a country is accepted by the UN Charter. But the sovereignty is not absolute. There is a limitation.”

On the other hand, Rajiv Pratap Rudy, the spokesperson of India’s second largest political group, the Bharatiya Janata Party, was critical. He said that the terrorist attack on Pakistan’s supposedly high-security naval base PNS Mehran had once again shown that no sensitive installation in Pakistan could be considered to be safe. Furthermore, he expressed concern that Pakistan’s nuclear arsenal could fall into the wrong and dangerous hands. In the backdrop of this rationale, Rudy called for a de-nuclearised Pakistan.

Another leading Indian daily, The Telegraph, based in the eastern part of the nation-state, reported that “in the security establishment in New Delhi, there is suspicion that the attack in Karachi and, earlier, the killing of Osama bin Laden next to the Pakistan Military Academy in Abbottabad has a possible dangerous spin-off for India.” The natural fear perception prevalent in Indian defence circles, according to the daily, is that the military under General Ashfaq Kayani may be tempted to get adventurous because morale in Pakistan’s armed forces has nosedived after the two raids. It may not be irrational to contemplate a “Kargil redux.” â€¨In New Delhi, with a touch of sympathy, senior naval officials acknowledged that such an attack had the potential to undermine the military of any country. According to them, the attack on the naval air station PNS Mehran is on a par with the LTTE raid on Colombo airport in Sri Lanka before the outfit was obliterated. Thus, a logical supposition in this direction is that the Pakistani military establishment unleashes a serious counter-insurgency drive against the Taliban-Al Qaeda combo, which in essence would be a welcome step for India.

Nevertheless, it must be stated that both India and Pakistan have interchanged caustic rhetoric in the recent past pertaining to Operation Geronimo. The feasibility of conducting Indian raids inside Pakistan in line with Geronimo has been hugely debated amongst Indian think tanks, media, diplomatic circles and social networking sites. The targets? The elusive Hafeez Saeed and Dawood Ibrahim, of course. Indubitably, such discussions have had strong reactions from Pakistan.

Now with PNS Mehran following on the heels of Geronimo, the security climate in South Asia has heated up. Though Pakistan may be uncomfortably feeling the temperature of the Frankenstein-effect, India’s concerns cannot be neglected altogether.

The necessity at the present juncture, however, is a security partnership between the two countries. They need to re-activate and overhaul the existing Anti-Terrorism Cell. Though, to what extent such camaraderie would be fruitful is a matter of speculation. Can both Islamabad and New Delhi come out of the yoke of hubris and rhetoric and deal with the common monster? It was rather interesting to note that a day before the siege of PNS Mehran, India and Pakistan resumed dialogue in Rawalpindi to resolve the outstanding bilateral issue of Sir Creek. Now’s the time to take discussions further.