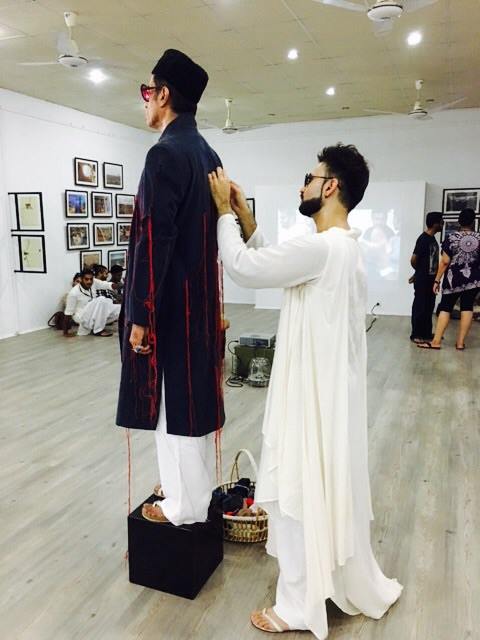 Ask any artist and he or she will trace their first art memory to childhood. Both Bashir Mirza and Zahoorul Akhlaq talked about making pencil portraits of film actors. Meher Afroz had a fascination with shaping birds in clay and her visits to Lucknow’s royal portrait galleries have inspired her since. Another young artist, Mayo, had such a strong impulse to paint while growing up in a village near Lahore, that he began painting and carving the living trees around him. When little Waheeda Baloch started off by building small houses with mud, little did she know that the memory would find its way in performative work.

If you want to nurture the creative imagination, it has to be done earlier by challenging the chalk and talk method with stimulus and exposure. This is where museums and public spaces for art have a role to play in the life of students. In a recent conversation with Sally Tallant, the curator of the Liverpool Biennale for the last 10 years, she spoke of how her city has been in an economic depression for decades and some children’s parents and grandparents have only seen unemployment. Mindful of this, her Biennale programming for children creates opportunities, the latest initiative being one that will take a group of children acting in a play, to London — just a few hours from Liverpool — a place they have never visited. 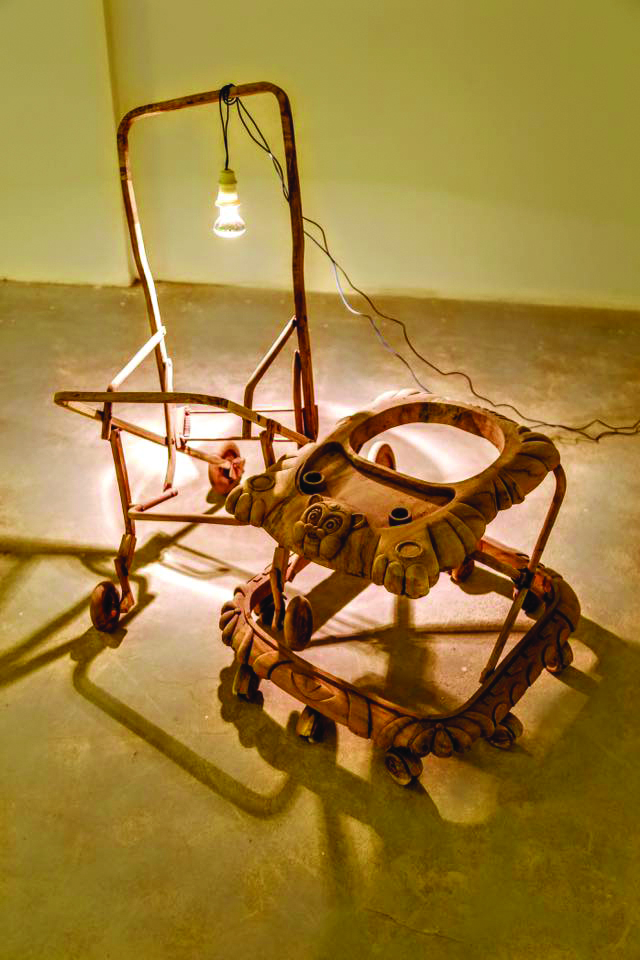 In the 1970s, when Karachi was an ‘open city,’ it offered public culture. You could choose between the Annual National Art Exhibition on tour of the country at the Arts Council, or alternative films at the NAFDEC Cinema. Even the occasional seminar at the Goethe Institut was open to all. This mobility and freedom shaped a generation of free thinkers. With a cultural environment sans art museums, public spaces, no public culture and too much emphasis on a professional education without art and literature, it’s not surprising that the young no longer think the arts have relevance to their lives. Maybe the change needs to come from schools and universities as they begin to understand that these disciplines transcend professional education as they offer a lens to truths of life. Good literature walks us through the landscapes of humanity to allow wonder, courage, hope and empathy to take root within the reader’s heart.

Visual art makes viewers sensitive to the hidden layers of their environment in ways that are as varied as its genres. When Seemi Nusrat built a body of work with all manner of security barricades, she foregrounded the claustrophobic streets and houses, but in the embedded humour that also exists, one could see the barricades take on a life of their own. They seem to overwhelm the places they protect and mess up the balance between the protection and the protected.

Skill and material have a timeless relationship to art. Idrees Hanif underlined how in his wood carvings. From a child’s pram to a thelawalla’s cart complete with his weighing machine, rendered true to scale and detail, the artist pushed wood to emulate a range of materials that wins a new kind of respect.

In the last decade, discussion on ‘the Quaid’s Pakistan’ — a country that reflects the founder’s progressive ideals — has permeated visual commentary. In a large digital photograph, Ayaz Jokhio’s images of Mr Jinnah are repeated in a range of suits and sherwanis, with, and without, his karakuli topi (cap). Facing the almost life-size Jinnah, the audience finds it easy to discover distortion in his representation throughout Pakistan’s history. This erasure is explicit both in the official portraits and de-contextualised speeches in official media. 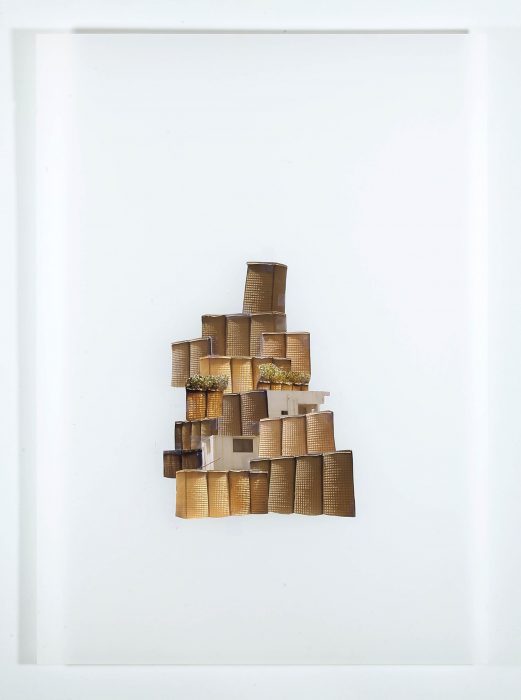 Mohammad Ali Mirchi’s performative piece uses a model to stand in for Mr Jinnah in the symbolic attire of a dark sherwani, white shalwar and cap. The sherwani, which is always seen in pristine condition in his photographs, appears threadbare and tattered on the model as it serves as a metaphor of a nation locked in poverty and debt, or perhaps a divided nation. Throughout the two-hour-long live performance, the artist attempts to re-stitch the torn apparel and unsuccessfully restore its dignity.

These works echo the contradictions and tensions generated by the gap between rhetoric and reality. Art exposes the audience, particularly the young, to truth with solidarity and sensitivity to help them unpack the essentialism of the official narrative that they can no longer relate to.